The Annunciation sits quietly behind Oxford Street. Shoppers might never know it was there. Yet this cavernous, dramatic Grade II listed church is unmissable from the moment you enter Bryanston Street from Great Cumberland Place.

The site The Annunciation sits on has been home to a place of worship since the late eighteenth century. Reportedly a riding school before its conversion, in 1787 it became a ‘chapel-of-ease’ known as Quebec Chapel. Named after the Battle of Quebec in 1755, the original building was, by all accounts, uninspired.

A contemporary report maintained that it was “a square, ugly edifice … with no pretensions to ecclesiastical fitness”. It fell intro disrepair and was eventually demolished in 1911.

But English architect Sir Walter Tapper was ready to breathe life back into the building. A revered authority on church architecture (he was later appointed ‘Surveyor of the Fabric’ at Westminster Abbey), it is Tapper’s Gothic Revival building that we see today.

In the Royal Academy Collections is an artist’s impression of the exterior that was painted prior to the building’s construction. It is an artistic rendering. The south-eastern side of the tall, red-brick building is on display, but as on a rainy day. In the foreground, pedestrians battle with umbrellas and hop puddles, while a break in the clouds covers the front of the church with heavenly shafts of light.

Stand on the corner of Bryanston Street and Old Quebec Street in the right weather, and you could achieve an almost identical perspective today, if you disregard the traffic.

Tapper’s son, Michael John Tapper, recalled that The Annunciation was his father’s favourite work and it’s not hard to see why. The lofty interior gives the feeling of a much larger building, and architectural scholar Nikolaus Pevsner referred to it as “a fragment of a major medieval church”.

Inside, the high alter reredos were also Tapper’s design, although executed by Jack Bewsey who, in turn, designed much of the church’s stained glass features. The nave is dominated by a high triumphal cross thought to have been crafted by Robert Bridgeman, while the external bell tower contains a single bell, cast by John Warner and Sons of Spitalfields.

From riding school to magnificent church in less than 130 years, The Annunciation is a telling reminder of the fast-paced, ever-changing nature of the Marble Arch area. Pay a visit and see for yourself. It’s open daily from 11.30am-4.30pm.

Today the church has a rich choral tradition and the original organ was restored in 1989. Keep an eye on their website for upcoming performances. 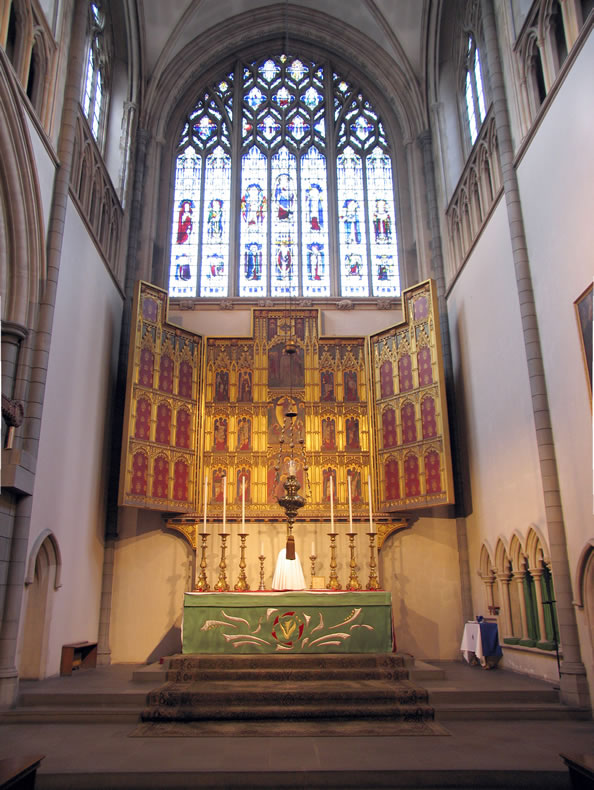 The Altar courtesy of The Anunciation Marble Arch website 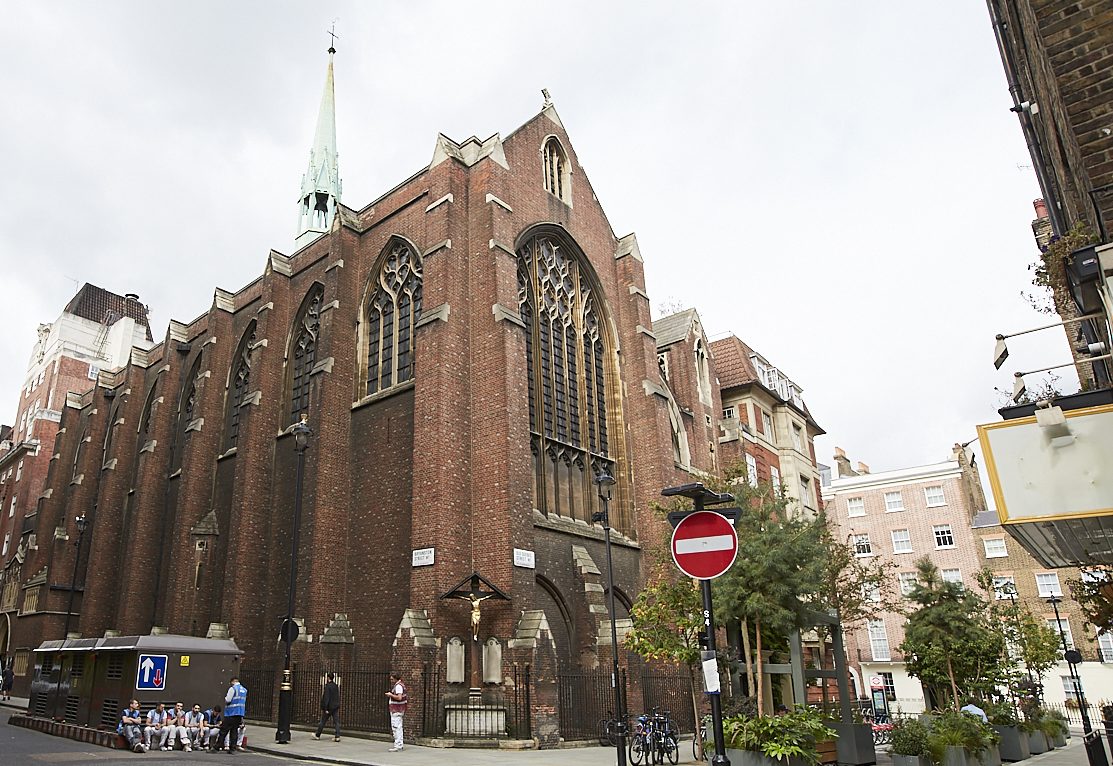