The Cinematic History of Edgware Road

These days, London’s film central is Leicester Square. But back at the start of the 20th century, Edgware Road was pioneering when it came to picture houses and continued to innovate right up to modern times. Here’s a look back at the cinematic history of Edgware Road.

“Recreations” Cinematograph Theatre, 1909-64
The “Recreations Theatre” was the first of the Cinematograph Theatres founded by entrepreneur Montagu Pyke, the “cinema king” who  built a string of London venues following the Cinematograph Act of 1909. On why Pyke chose Edgware Road as the site of his first venture, he wrote: “firstly because it is a very thickly populated neighbourhood, and secondly, it appeared to me from the class of people one sees daily on the streets that they would make an appreciative audience if you gave them good value and the prices were right.’

Film historian Luke McKernan says, “Pyke found two shop properties at 164-166 Edgware Road, and recalled that they were next door to Funland, a shop show which operated for a short period in 1908/09 and undoubtedly played its part in influencing the choice of location, as a proven film-going attraction.”

But the “cinema king” was not a good (in either sense of the word) businessman. Despite rapid, early success, his dubious methods were exposed and he was bankrupt by 1915 as other, better managed cinema businesses took over. Recreations continued to operate, however, and later became known as the Connaught Cinema. It continued to show films on Edgware Road until 1964.

Pyke’s name lives on in the former Cinematograph Theatre on Charing Cross Road that’s now a vast subterranean pub and you can read more about him here.

Gala Royal, 1938/9-81
Take a good look at the outside of Shishawi at 51-53 Edgware Road and you’ll trace the remains of the Art Deco Gala Royal cinema. Compare this contemporary photo with this from 1999 and this from 1939.

It opened as the Royal Cinema around 1938/9 then was taken over by Jacey Cinemas and Gala Film Distributers in the 1960s. Theirs was the partnership that introduced continental and art house film to London. As time went on the Gala Royal couldn’t compete with the big cinema companies of the West End and toward the end of its life, resorted to screening saucy sex romps. It closed in 1979. The building briefly reopened showing Arabic films to cater for the growing Arabic population on Edgware Road but shut for good in 1981.

Regal Harrow Road / ABC Edgware Road, 1938-88
Opened as the Regal Harrow Road (to distinguish it from the Regal Marble Arch) in 1938, this large cinema was purpose built by Associated British Cinemas (ABC) and seated 1,234 in the stalls and 746 in the balcony. It was renamed the ABC Edgware Road in 1961 and despite its distance from bustling Leicester Square it got West End quality films in and was able to show them concurrent with their West End screenings or at least one week before the rest of the ABC cinemas screened them.

In 1974 it was remodelled to house four smaller screens but was closed in 1988. For nostalgia’s sake, take a look at this set of vintage photos of the ABC on Flickr.

The building lay empty until it was acquired by the Hilton Hotel group. It was demolished in 1994 and a purpose-built conference suite was built for the Hilton London Metropole. It opened in 2000 and made the Metropole the biggest conference hotel in London.

Regal / ODEON Marble Arch, 1928-64
This wonderful video tells you everything you need to know.

The popularity of the old Odeon building had declined by the 1960s and it was demolished in 1964 to make way for a modern, purpose built cinema, capable of presenting the new wide-screen movie formats. This short YouTube video showcases the enormous, cutting edge screen which could handle 70mm as well as traditional 35mm film. With an audience of 1360 in a cavernous space, movie watching could be quite spectacular.

In 1997 it was converted into a 5-screen multiplex and closed in 2016 to be demolished as part of the Marble Arch Place scheme.

With thanks to Cinema Treasures. 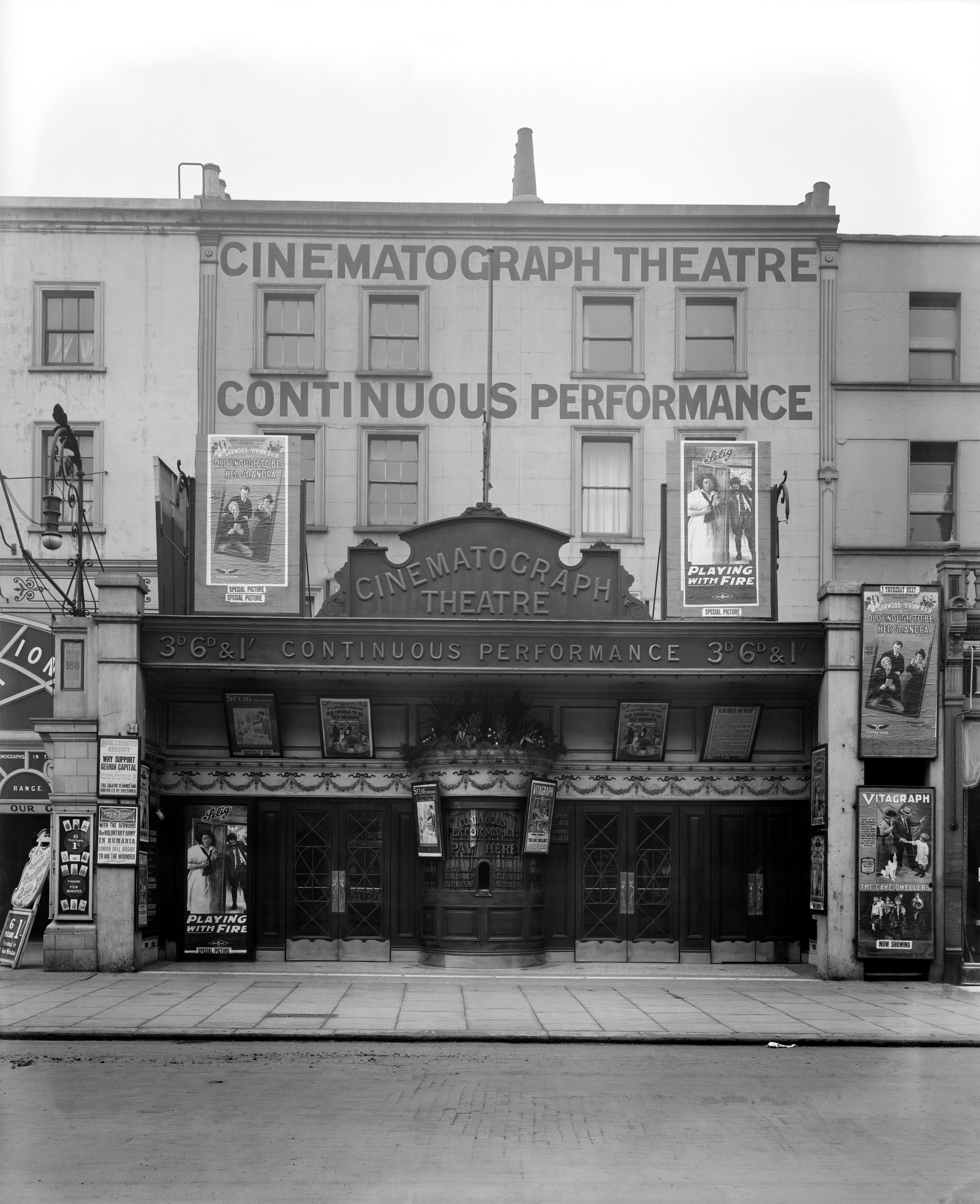 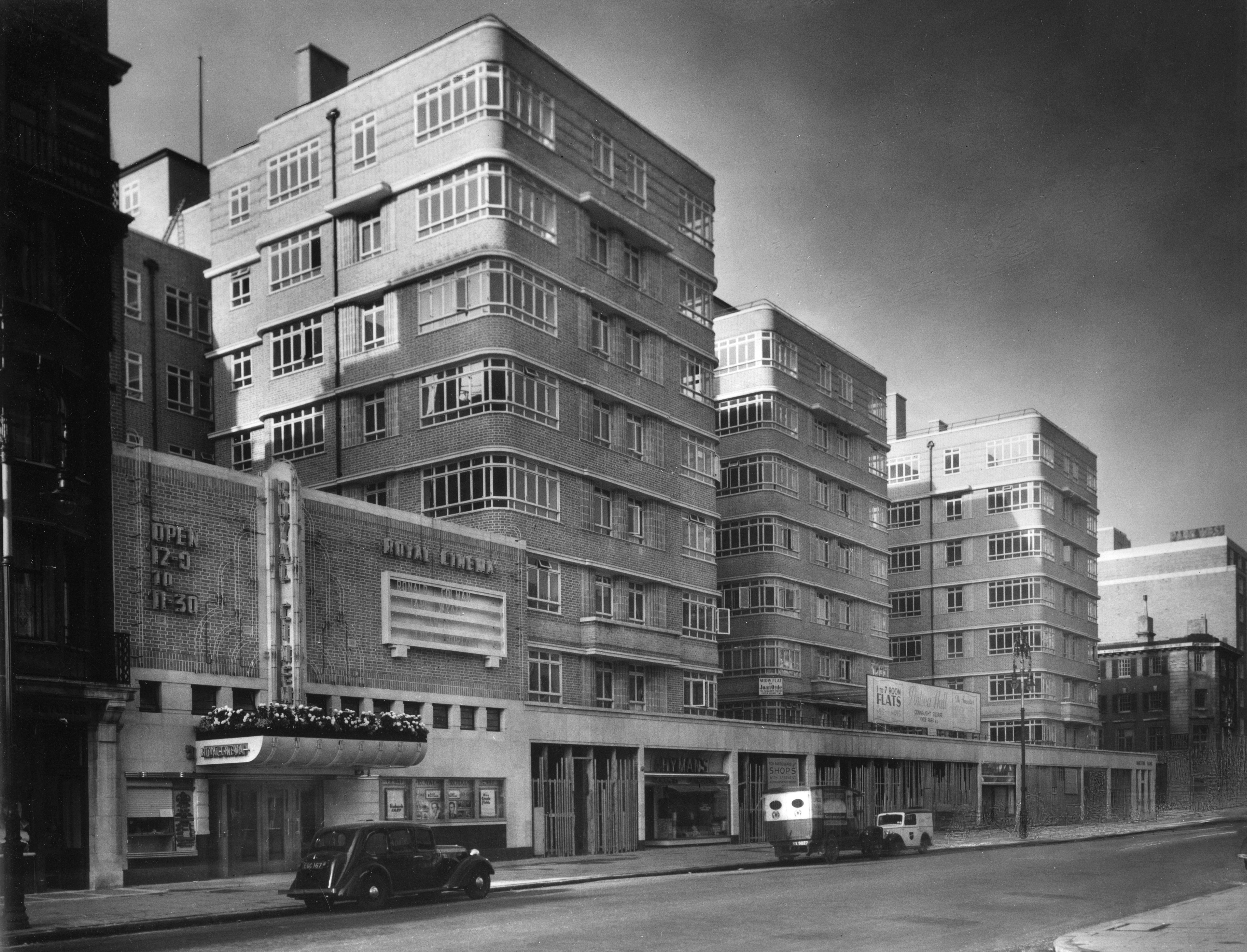 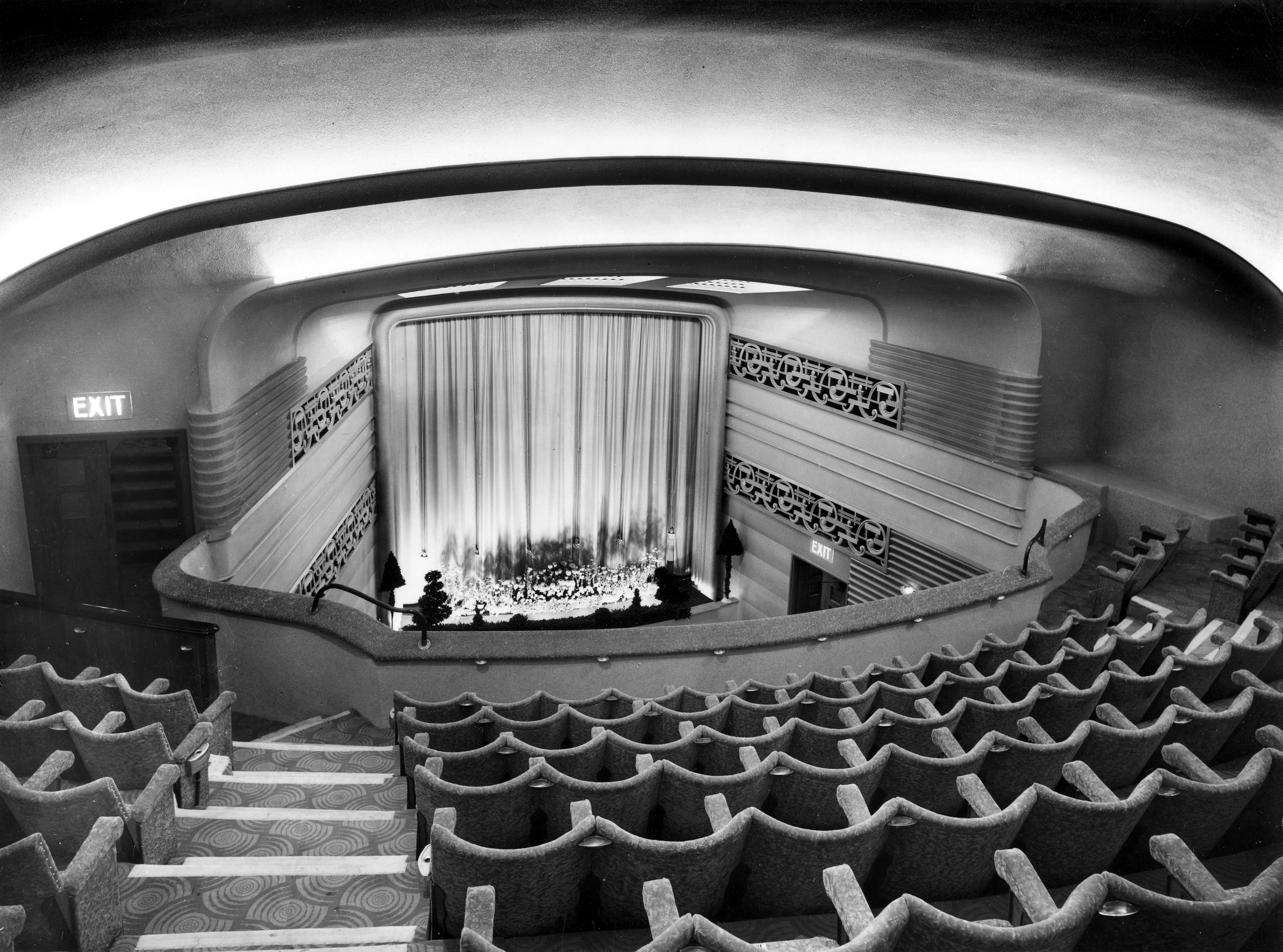 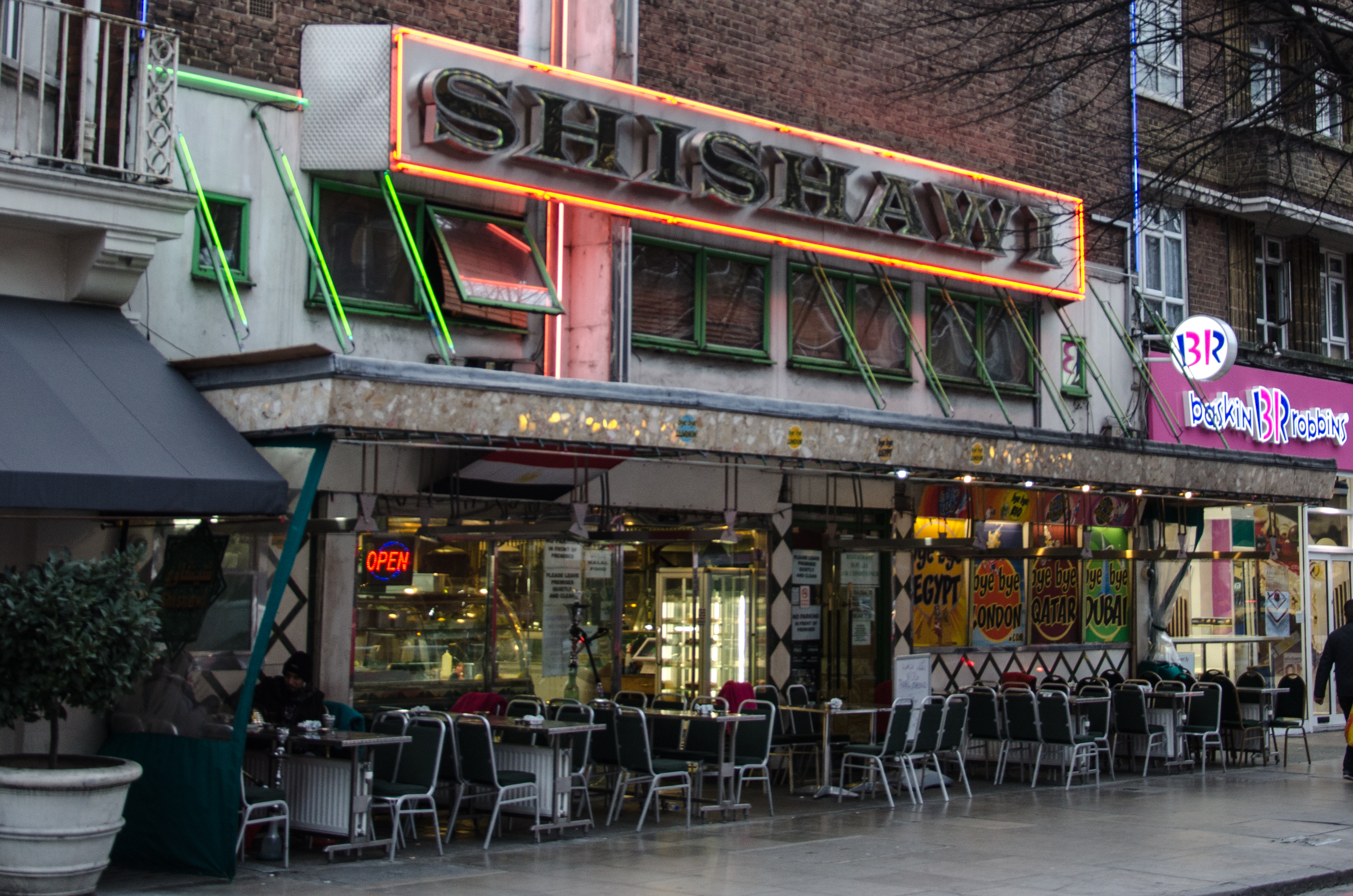 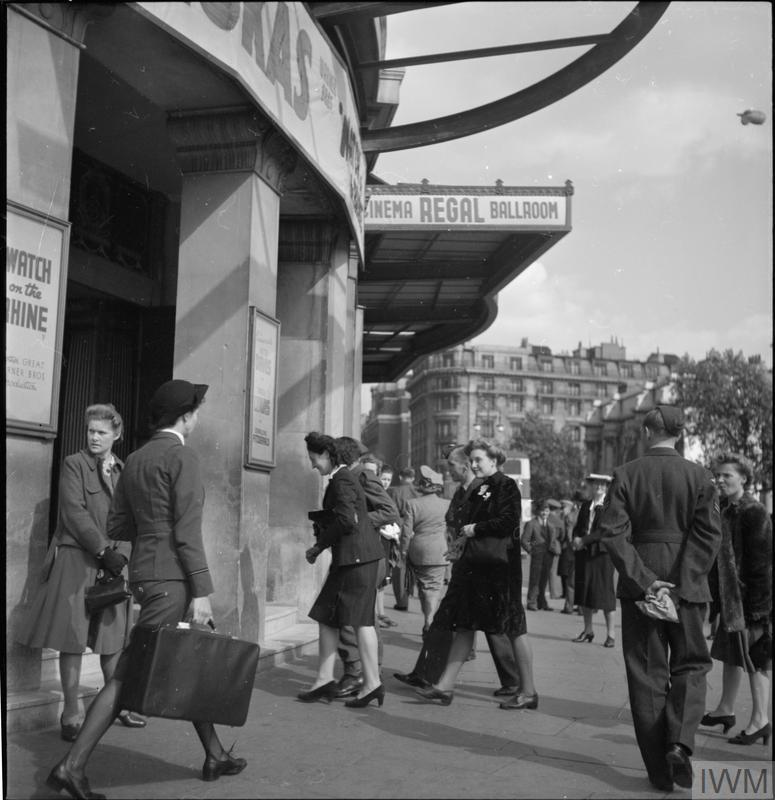