We’re very proud to honour one of the area’s most extraordinary past residents – Emma Cons. Emma was a truly remarkable individual who left positive and progressive influences across London, from reopening The Old Vic and founding Morley College London to campaigning for housing reforms and the first female alderman on the London County Council (LCC). She has been described as a “woman of infinite resource” and we’ll discover why. 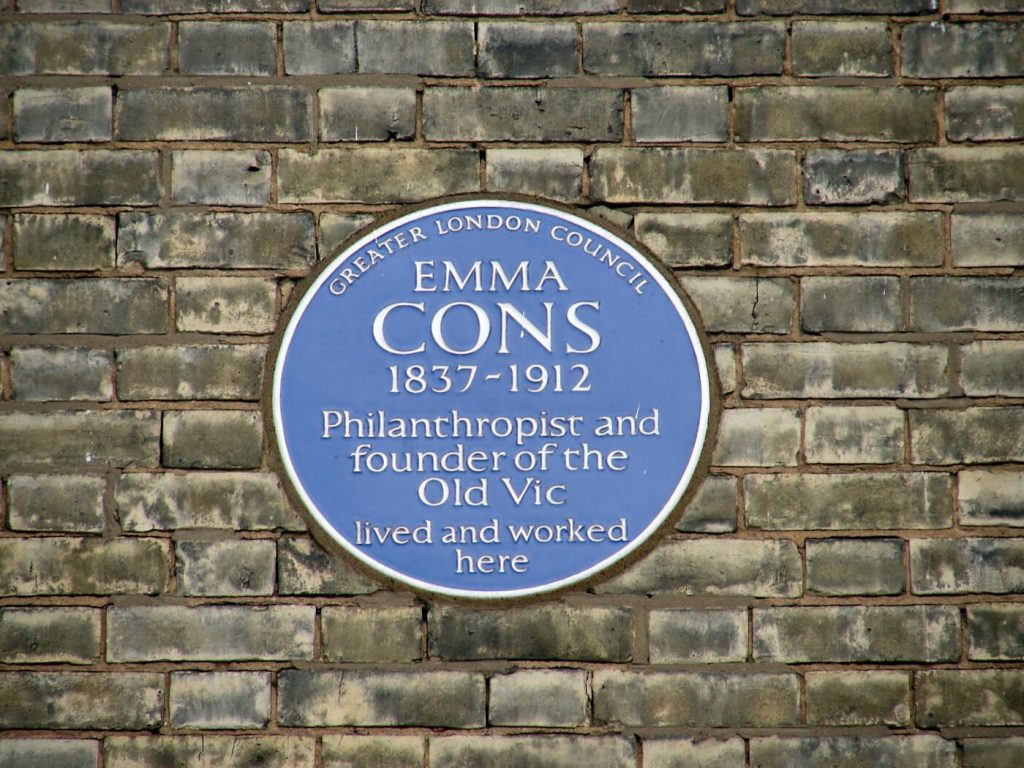 Like a true Londoner, Emma Cons was forward-thinking and open-minded. Born in St Pancras in 1838, Emma joined the Ladies’ Co-operative Art Guild, which aimed to provide women with jobs in a time when they weren’t largely available. Emma was mentored by Caroline Hill, founder of the Ladies’ Co-operative Art Guild and mother to Octavia Hill, future housing reformer and founder of the National Trust.

This connection led to a friendship with Octavia Hill, and from 1864 Emma worked for her as a rent collector. However, the role mirrored that of a social worker as Emma worked to know all the residents personally and ensure comfortable housing conditions, as well as promote tenants’ associations, after-work and children’s after-school clubs and societies.

Emma’s experience with Octavia inspired her to found a housing organisation in 1879, the South London Dwellings Company, and moved into 136 Seymour Place in Marylebone. Emma converted 136 Seymour Place from a public house into a coffee tavern and a block of affordable accommodation. She managed and lived above the establishment until 1889. Her creation of South London Dwellings Company provided affordable housing to more than 600 people.

Combining her love of the arts, passion for humankind and knowledge of building associations, Emma re-opened what is now the Old Vic Theatre as the Royal Victoria Coffee and Music Hall in 1880. With the intention of educating and improving the lives of the local, predominantly impoverished, community, she brought the plays of William Shakespeare and opera to working class people.

Emma used disused dressing rooms at the Old Vic to bring science lectures for the local working people. Their unprecedented popularity encouraged Emma to open the Samuel Morley Memorial College for Working Men and Women in 1889. It was the first institution of its kind to admit both men and women on an equal footing. Today, it is Morley College London and presides as one of the country’s leading adult education centres. Emma remained the Honorary Secretary until her death in 1912, but her mission and legacy lives on.

We can see Emma’s influences across London, as well as the whole of the country. She is an inspiration for all – from her campaigns to allow women to serve as local councillors to her life passion of providing equal access to education, arts and housing. On the anniversary of her death, 24 July 1912, let’s honour the woman who was a Londoner, philanthropist, reformer, businesswoman and Marylebone resident. 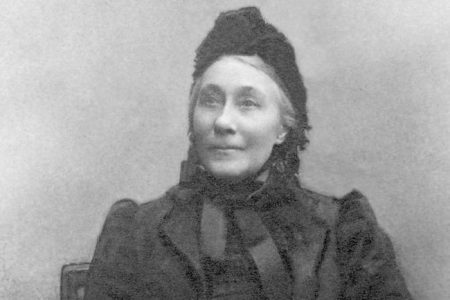 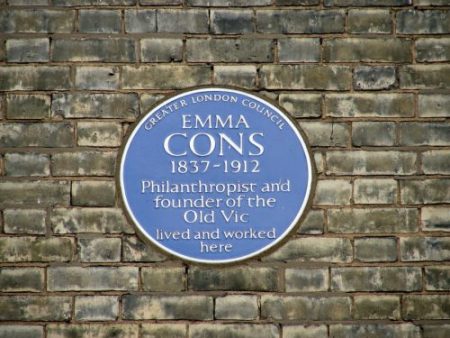 Mosaic of Emma Cons at Morley College as part of permanent tribute to pioneering women in London. Unveiled in 2012 by Mayor of Lambeth, Cllr Clive Bennett, and Morley principal, Ela Piotrowska. 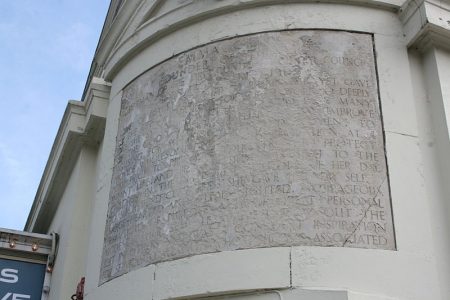 Plaque to Emma Cons at The Old Vic Theatre.