Scattered Sculptures: The Arch around London

Some sculptures originally intended for the Arch ended up decorating other buildings in the capital. So, where can you find Marble Arch sculptures around London?

When John Nash was sacked from the Marble Arch project for overspending, replacement architect Edward Blore completed the Arch in a practical fashion, leaving off much of the elaborate decoration that Nash had commissioned. So, what happened to the rest of the Marble Arch sculptures?

Blore incorporated most of the battle scenes high up in the central courtyard of Buckingham Palace. In 1835 the rest of the Marble Arch sculptures were given to William Wilkins to use in the construction of the new National Gallery.

Wilkins did use some of the statues but wanted less military symbolism so he adapted many of them. Figures representing Asia, seated on a camel, and Europe, sat on a horse, with an empty frame between them can still be seen above the main door of the gallery.

A portrait of Wellington that was to have filled the empty frame is now inside the staff entrance to the gallery.

Above both the western and eastern doors of the gallery are some figures of “winged victories”.  Many  are shorn of their wings. Some have had their laurel wreaths replaced. One now holds a painter’s easel and brushes.

On the eastern end of the gallery at roof level is the figure of Britannia who was to have held a portrait of Nelson. Nelson is gone and Britannia’s trident has been replaced with a spear to transform her into Minerva, goddess of wisdom.

The Marble Arch sculptures that Wilkins didn’t want or couldn’t use were dispersed. The whereabouts of many remain unknown.

One panel, “The Battle of St Vincent” has been incorporated into Regent’s Place, next to Regent’s Park on Euston Road, where it hosts a raised planter.

The other significant surviving remnant is the Equestrian Statue of George IV, by Francis Chantrey, which stands on a plinth in the north-eastern corner of Trafalgar Square.

Extract from The Story of Marble Arch. 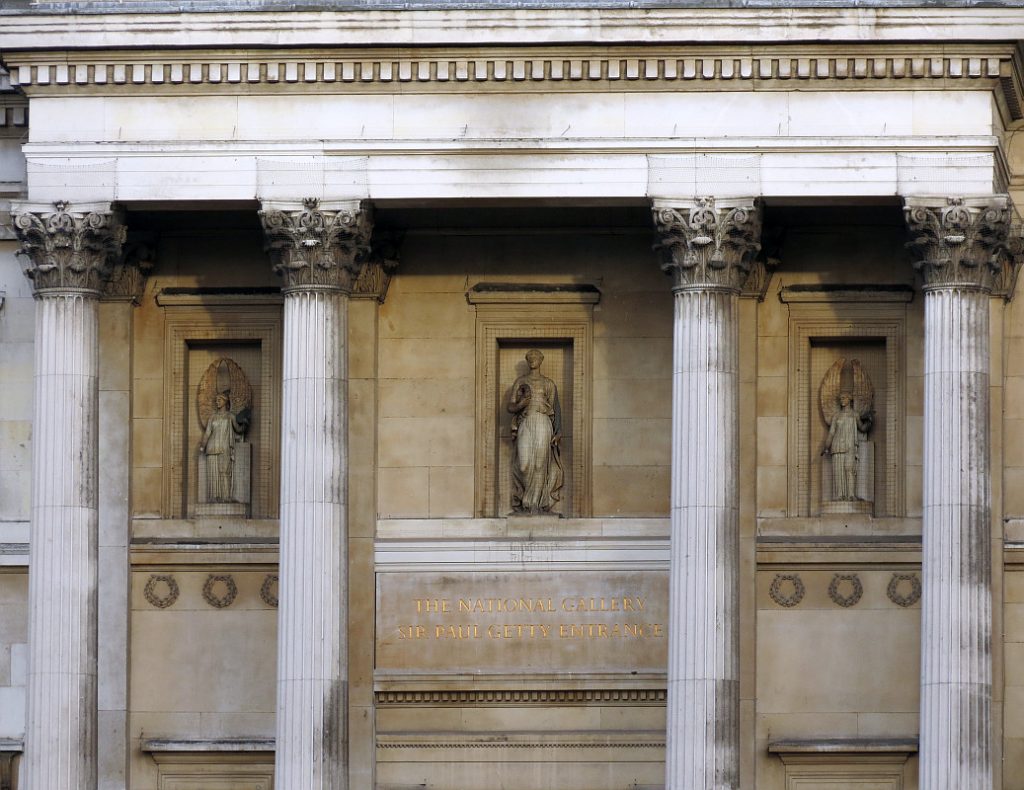 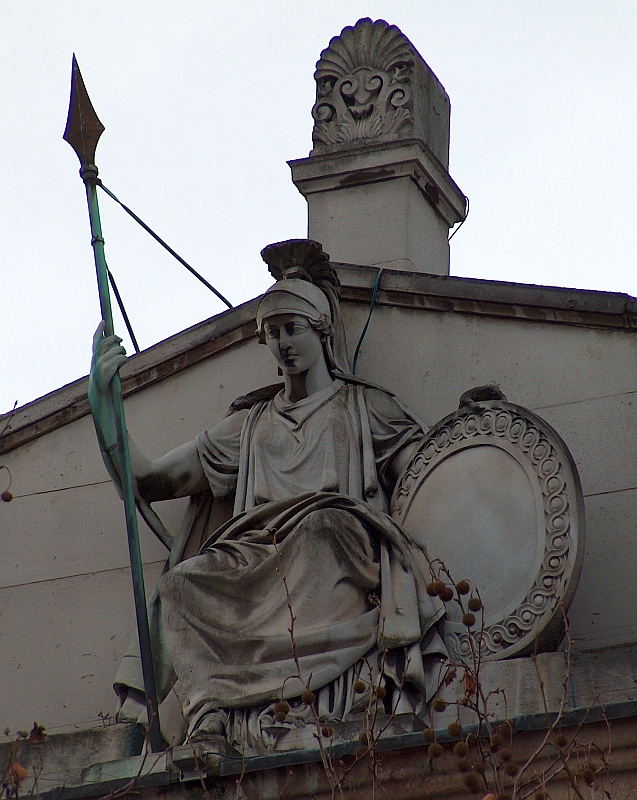 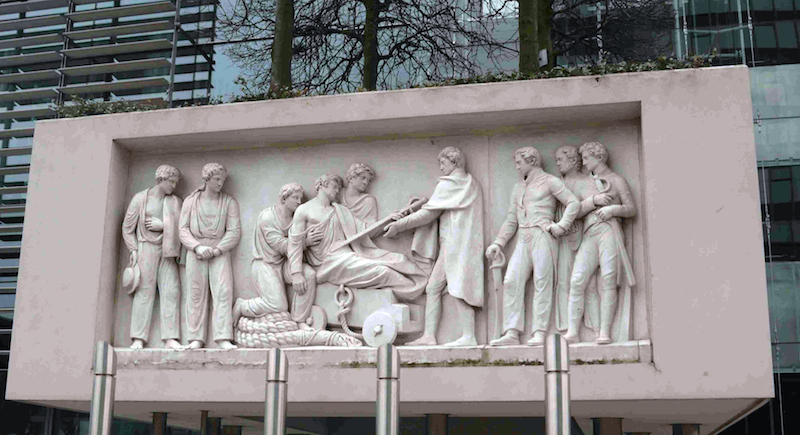