Tyburn – meaning ‘place of the elms’ – was a village close to the current location of Marble Arch and so-called for its position adjacent to the Tyburn Brook, a tributary of the lost Westbourne River.

Tyburn’s ‘tree’ was in fact a wooden gallows where criminals were hanged to death. The site, operational for over 650 years, became renowned as the principal location for public executions in London.

Prisoners sentenced to death would begin their last day at Newgate Prison in the City. They’d then clamber onto horse and cart to embark on a very public journey through St Giles in the Fields, down Oxford Street, before arriving at the Tyburn Tree – their final destination. A journey that would now take around 20 minutes on the number 23 bus could take up to three hours due to the number of people crowding the route, wanting to get one last look at the condemned.

It was certainly a public show. Executions were thought to be a deterrent to crime (ironically, pickpocketing at these events was rife due to the huge crowds) and so spectators were heartily welcomed in their thousands. The placement of the gallows in the centre of a busy roadway overlooking Hyde Park made it hard to miss. Those at the more fortuitous end of the social ladder could even pay to ascend viewing platforms constructed especially for the occasion. 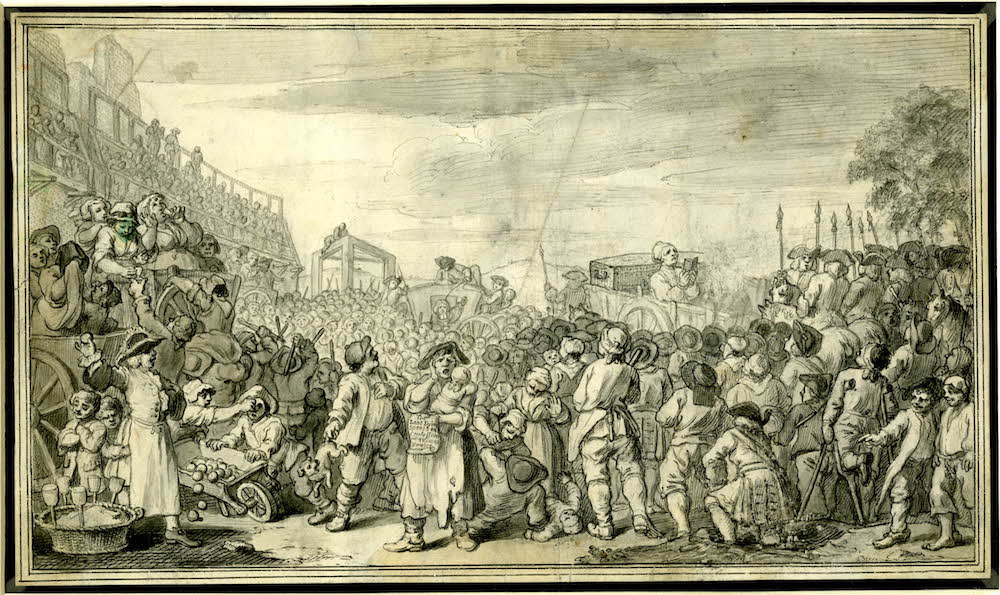 “The idle ‘prentice executed at Tyburn” courtesy of British Museum

The gallows themselves changed over time. It is impossible to know exactly what form the original took as there are so few written reports. In fact, during their first hundred years from 1177 to 1273, only eight single executions were deemed interesting enough to make note of.

But we do know that in 1571 a permanent triangular frame was erected – a mammoth structure that could, and sometimes did, hang up to 24 people at a time. The Tyburn Tree was of such renown it is even mentioned in Shakespeare’s Love’s Labour’s Lost: “Thou mak’st the triumviry, the corner-cap of society, The shape of Love’s Tyburn, that hangs up simplicity.”

Many met their end here. Records from the 1570s alone report that 704 felons were sentenced to be hanged there throughout the decade, for crimes ranging from murder to stealing cattle. Finally taken down in 1759 (presumably due to wear and tear), the structure was eventually replaced by a gallows that could be easily erected and dismantled each time. A gruesome early iteration of the London ‘pop-up’.

The last execution upon the tree was that of robber John Austin in 1783. The new place of execution became Newgate Prison.

Today, a circular plaque embedded into the pavement on a traffic island at the entry to Edgware Road marks the spot of the Tyburn Tree. 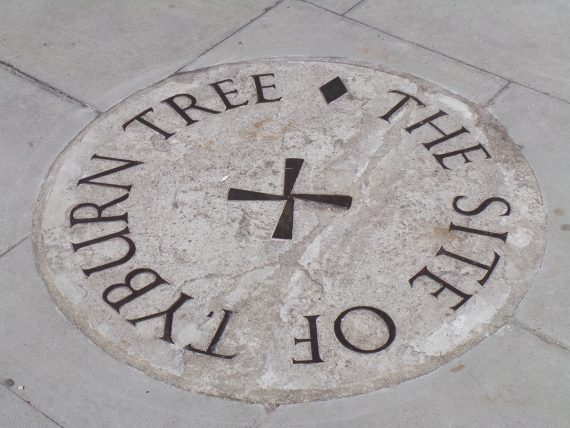 Nearby Tyburn Convent, dedicated to the memory of martyrs executed at Tyburn, also features memorials on the outside of the building, as well as a shrine in the basement where visitors can view relics such as blood-stained linen, hair and even a fingernail from the Catholic martyrs’ executions. 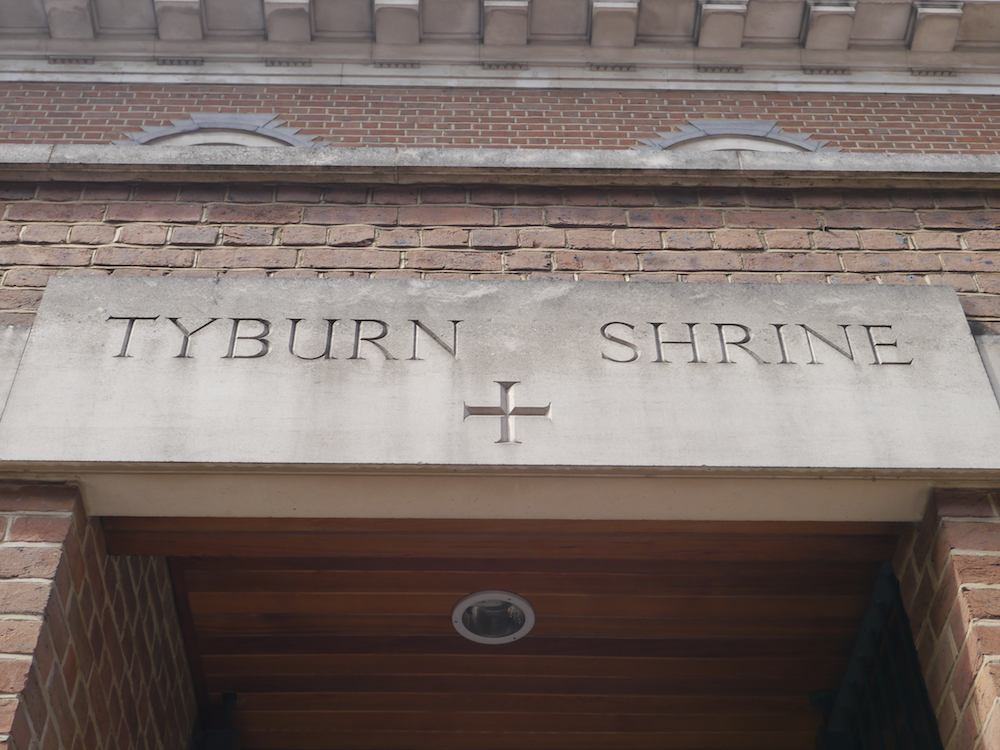