Today we are honouring suffragettes in Marble Arch 100 years on since the first women were given the right to vote in the UK.

This is second in our ‘Marvellous Matriarchs of Marble Arch’ series celebrating the women that have made the Marble Arch area what it is today.

As an impressive and easily accessible national monument, Marble Arch has a history of hosting crowds whether it be for royal processions, movements or marches. Many influential powerful women have passed through the Arch, such as Queen Victoria and Queen Elizabeth II during their coronation processions or Queen Victoria on her marriage procession with Prince Albert.

Marble Arch was subsequently to feature in many Suffragette marches, even though Queen Victoria did not approve.

Up until Victorian times women had very few rights at all, especially once they were married. For example, anything they owned became their husband’s property. However, more and more women were working full time jobs in the 19th century and they began campaigning for the right to vote. Big visible marches and protests helped to start to bring about change.

In 1908, ten years before women in Britain achieved the right to vote, thousands of suffragettes marched through Marble Arch on 21 June to meet in Hyde Park for a ‘Votes for Women’ demonstration. The publication ‘Votes for Women’ by Emmeline Pethick Lawrence recalls the key action of the day,

“Long after the meetings had commenced, indeed even after four o’clock, the crowds were still pouring into the Park by every gate, but particularly by Hyde Park Corner and the Marble Arch. […] Between one o’clock and four probably 200,000 entered by this gate alone! At the Marble Arch the same ceaseless stream of humanity rolled inwards towards the ring of platforms.”

Just a few days later on 25 June 1908, more women gathered at Marble Arch, as recounted in ‘Votes for Women’, from “Leicester and Loughborough, Rugby, Huddersfield, and some from Chelmsford, Romford, and Ipswich, Sheffield was also well represented. […] and The ‘Lancashire Lasses’.” 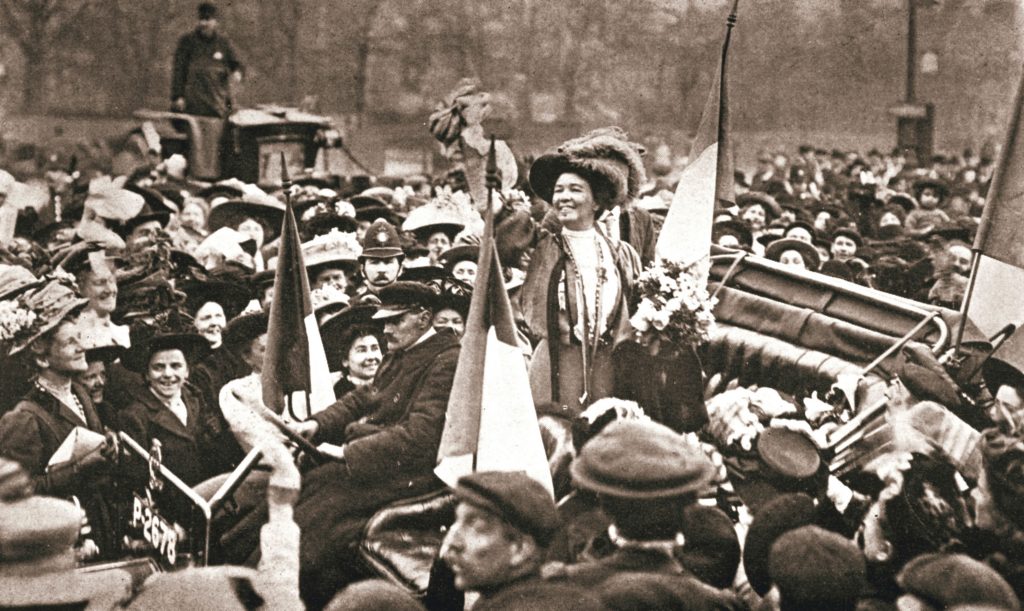 The very next year on 16 April 1909 Emmeline Pethick Lawrence, a treasurer for the Women’s Social and Political Union (WSPU), was released from prison following her arrest for publishing ‘Votes for Women’. To celebrate her release, suffragettes from around the country marched from Marble Arch to Aldwych Theatre where Pethick Lawrence was due to speak. Sylvia Pankhurst, one of the most renowned campaigners for the movement, attended the march. She recalls the day in ‘The Suffragette: The History of the Women’s Militant Suffrage Movement’ stating,

“A great procession was formed in her honour and marched from the Marble Arch […]. What a day it was to welcome anyone from prison! The trees were just bursting into leaf, and the brilliant April sunshine glistened on the silver armour of Elsie Howey, who represented Joan of Arc[…]. Then came women and girls with flowers and banners, and Mrs. Lawrence’s own carriage covered with flags, and everywhere were the purple-white-and-green colours.”

On 1 March 1912, about 150 suffragettes congregated and marched through the West End, smashing in shops windows in order to raise attention and have their voices heard.  One of the women there, Victoria Lidiard, states, “We started at the Marble Arch and… were stationed right down from Marble Arch to Tottenham Court Road – and then bang went all the windows.” (BBC, 2012).

By the time of the First World War more and more women were diverging from the traditional housewife role and taking jobs to help the war effort and attitudes to women really started to change.

In 1918, the Representation of the People Act was passed in February 1918 and women (over 30 who occupied a house) voted in the general election for the very first time in December that year.

We are proud that Marble Arch continues to be a landmark for people to gather at to represent causes, campaign and to bring people together. 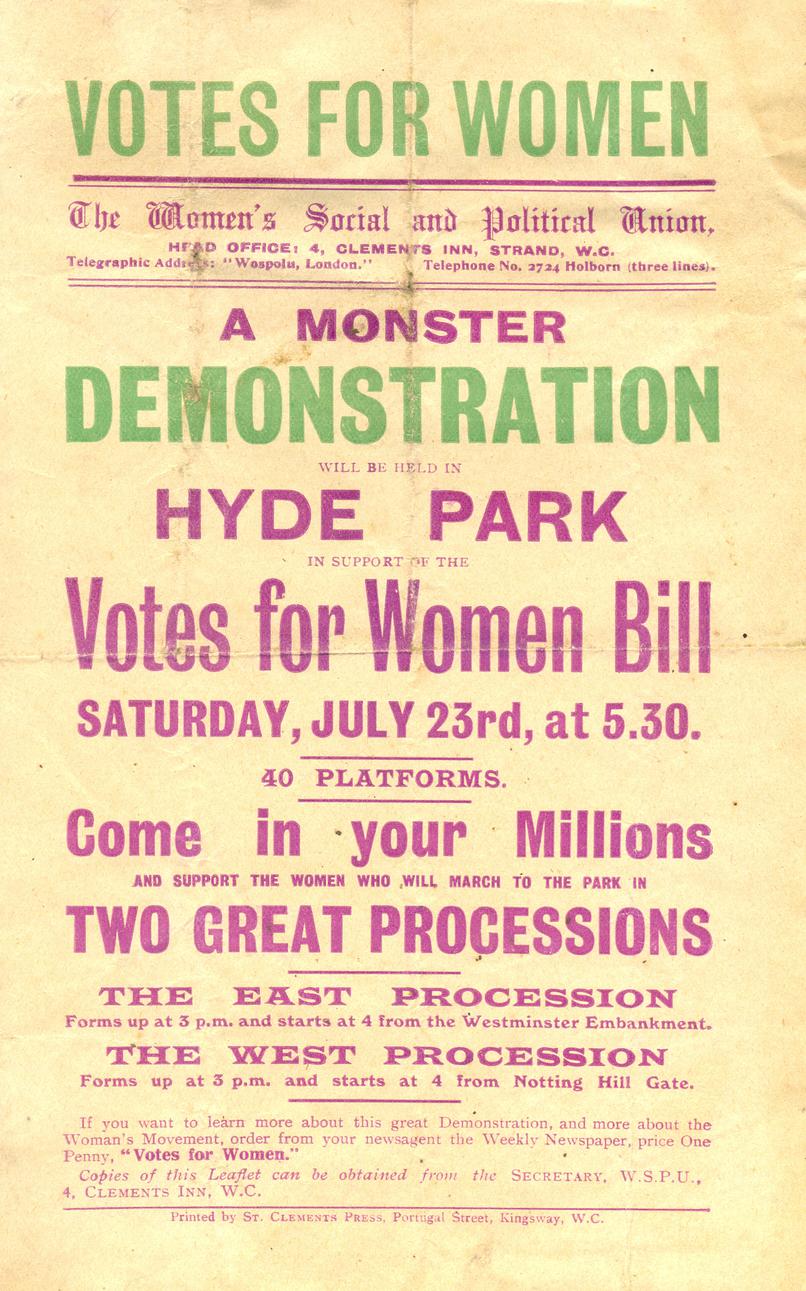 What Octavia Hill Did For Marylebone

If the name Octavia Hill does not sound familiar to you, her legacy certainly will. Co-founder of the National Trust,…

We are remembering Mary Seacole this Black History Month. She was a true pioneer for woman and one of our…

We’re very proud to honour one of the area’s most extraordinary past residents – Emma Cons. Emma was a truly…