Did you see Marble Arch in the series premiere of Victoria on ITV? As our Story of Marble Arch details, it was designed to be both a grandiose gateway to the new royal residence of Buckingham Palace and an exuberant celebration of British victories in the Napoleonic Wars – a Triumphal Arch.

However, by 1847, Queen Victoria and Prince Albert commissioned Edward Blore to design a new wing for Buckingham Palace. Blore’s enlarged Buckingham Palace overshadowed Marble Arch, resulting in it seen as unsatisfactory entry to the Royal household.

Today, this wing is the most recognisable part of the palace as it serves as the “public face” of Buckingham Palace, and contains the balcony from which the royal family acknowledge the crowds on momentous occasions and after the annual Trooping the Colour.

In 1850, Marble Arch was moved to its current location of Cumberland Gate where it would form a grand entrance to Hyde Park in time for Prince Albert’s Great Exhibition of 1851. Fingers crossed we see this in later series! 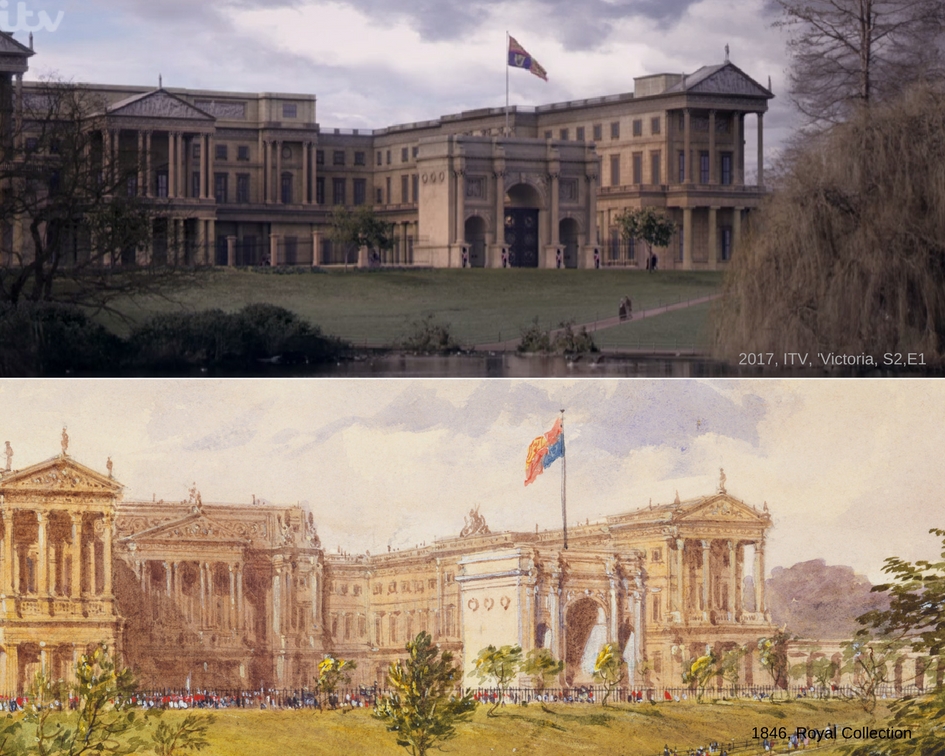 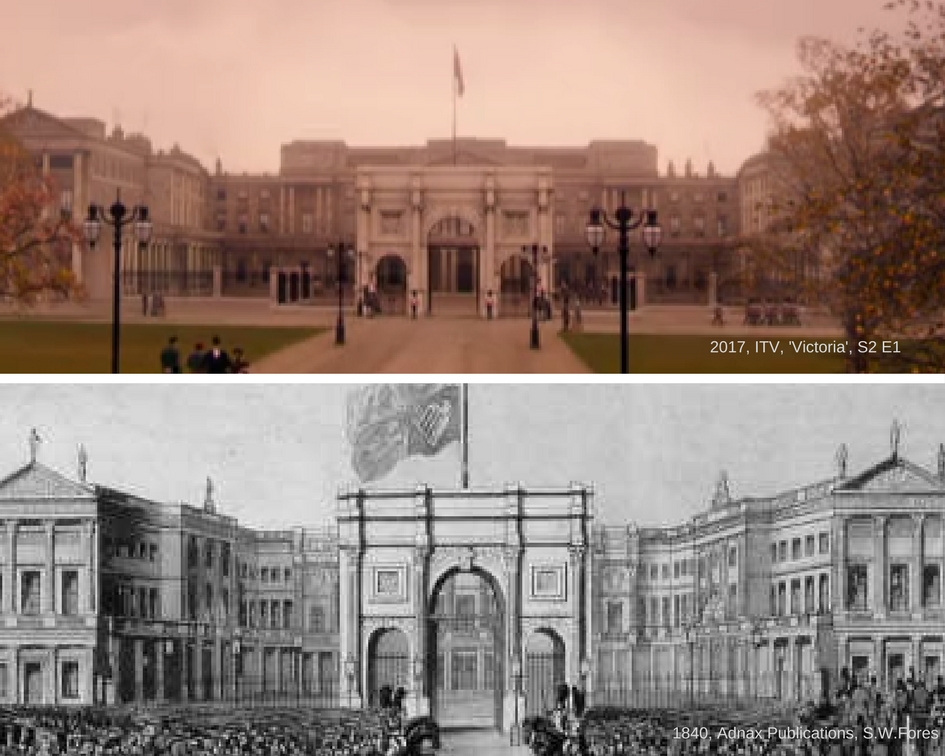 Could the Royal Coach fit through Marble Arch?

Was Marble Arch wide enough for the Royal Coach? It is often said that Marble Arch was removed from Buckingham…