Memories of the Metropolitan Theatre

The Metropolitan Theatre, affectionately known as ‘The Met’, once entertained London from 267 Edgware Road.

It had long been a site of leisure and entertainment. From 1524 there was the White Lion pub, which made way for Turnham’s Grand Concert Hall in 1836. Then in 1862 it was rebuilt again as the Metropolitan Music Hall.

In 1897, however, it was remodelled to the designs of famous theatre architect, Frank Matcham.

The revamped and restyled Metropolitan Theatre of Varieties opened in December 1897 with a bumper variety programme featuring:

Weekly theatrical newspaper, The ERA, reported on the opening, saying:

“A magnificent theatre of varieties, built with every modern device for comfort and safety, now rears its head. In the new Metropolitan, indeed, everything that architectural skill can plan, everything that artistic taste can suggest, and everything that modern luxury demands have been combined… The exterior is at once imposing and strikingly handsome, from the granite façade to the lofty minarets; and the comments of the crowd that stood opposite the hall on the night of the private view (the 17th inst.) were rough and ready testimonials certainly, but they were highly complimentary.

The Building News and Engineering Journal carried a story on the reopening in February 1898 noting that “the construction throughout is fireproof.”

Famous music hall star, Arthur Lloyd is known to have performed at the Metropolitan Theatre in 1900, and 1902.

Films were screened as part of the variety programme in the early days. In the 1930s, it screened double features on Sundays only, due to live performances being prohibited on that day of the week.

By the 1950s the Met was struggling against the decline of old time variety and the rise of television. It began to attract a rather scandalous reputation staging saucy shows. The curtain came down for the final time in April 1963 and grand theatre was demolished to make way for a road widening scheme that never happened.

A site of leisure and entertainment no more, the high security Paddington Green Police Station was built on the site.

Find out much more about the Met at the wonderful Arthur Lloyd website. 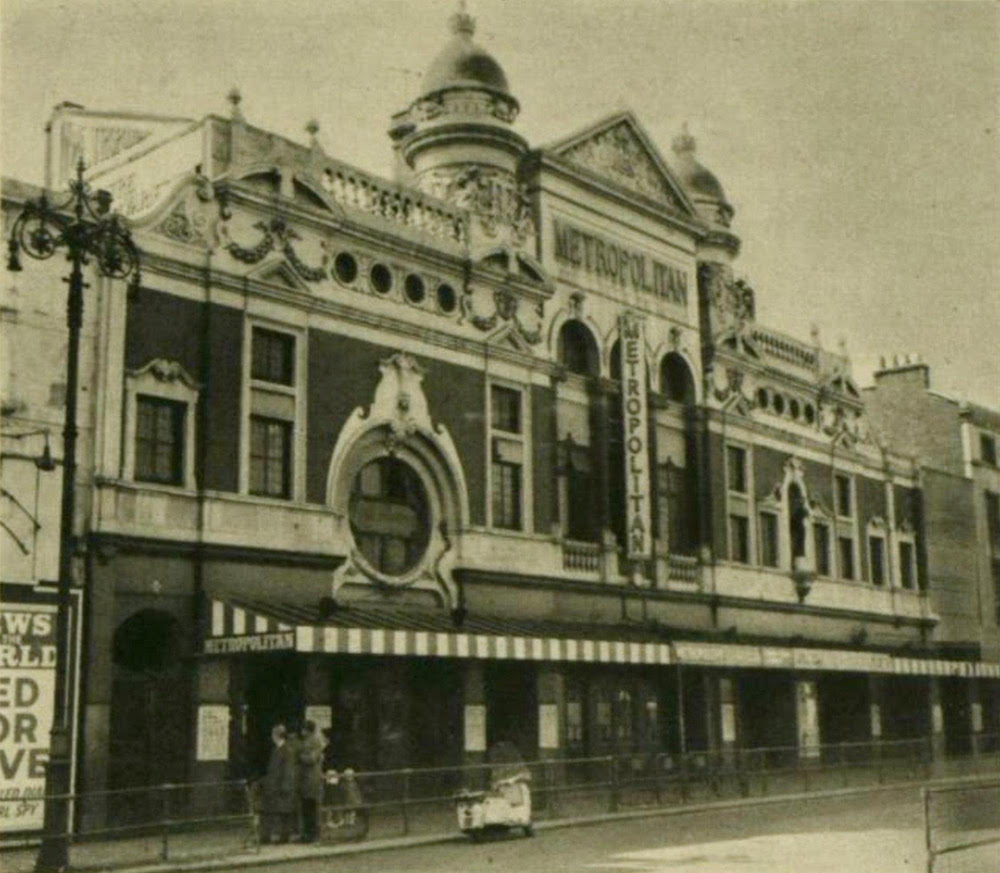 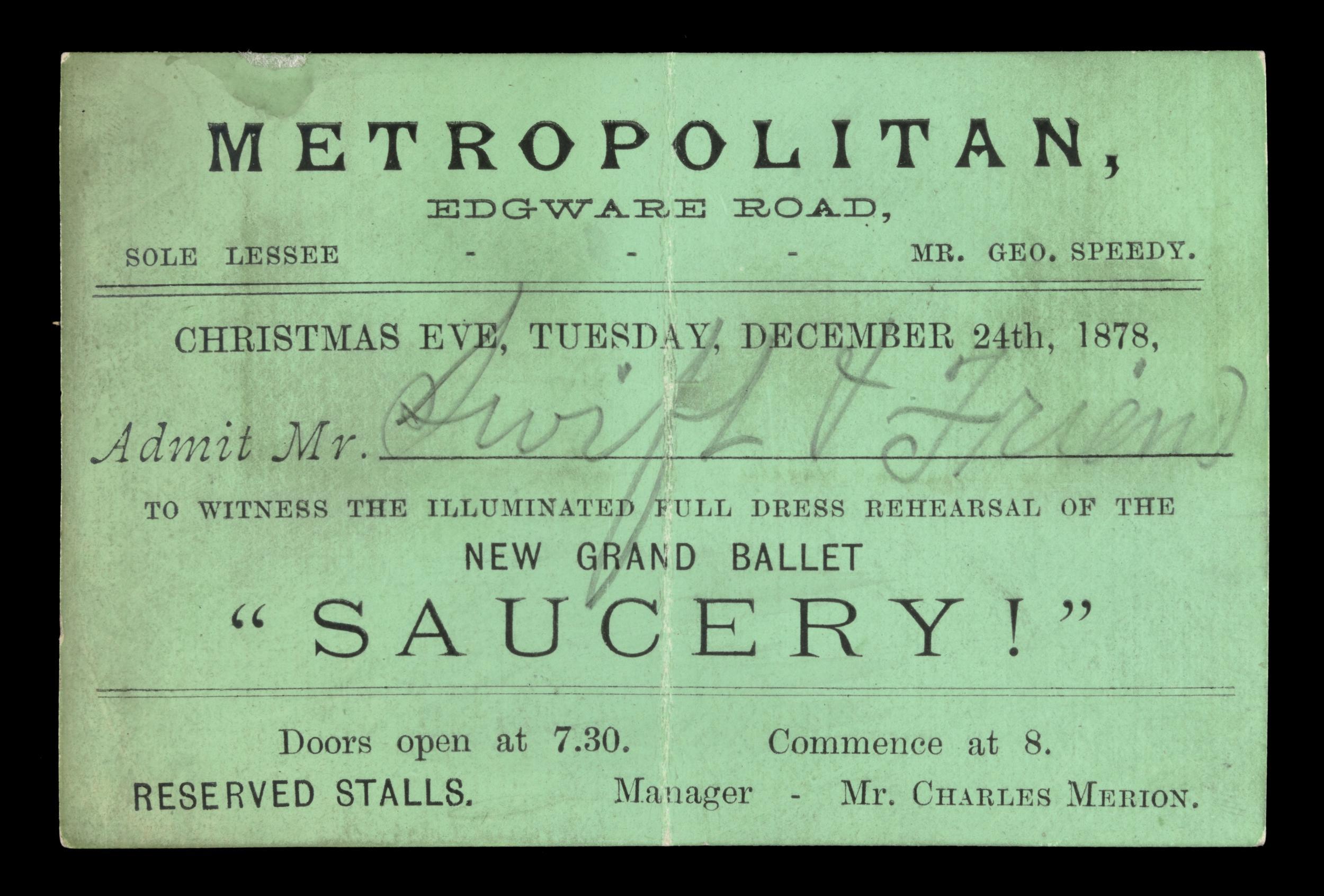 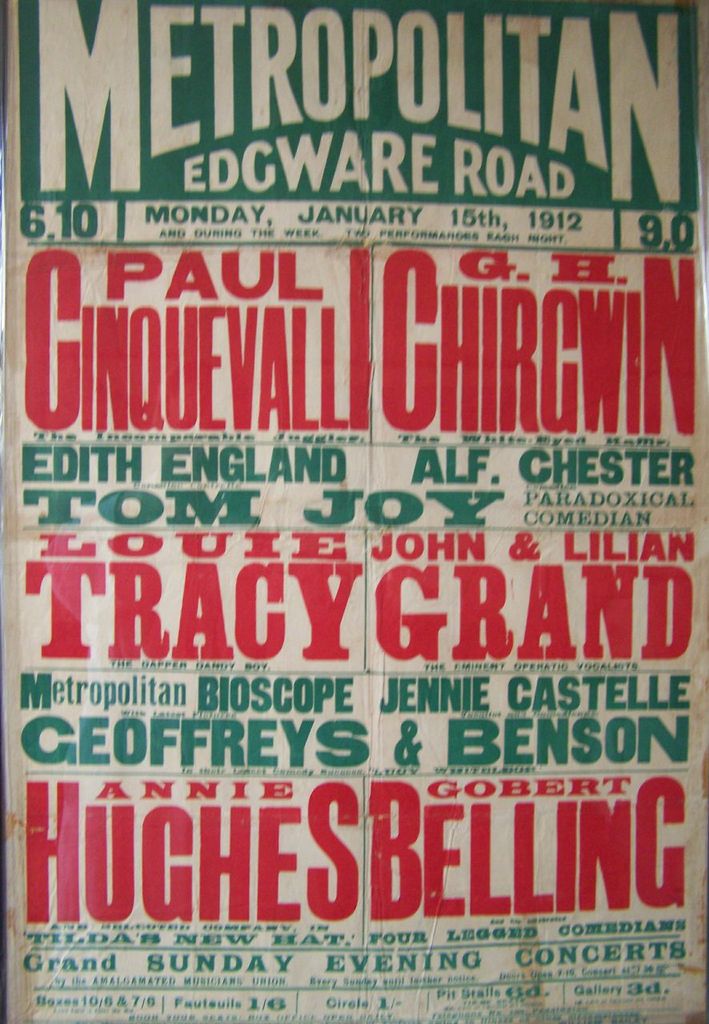