Westminster City Council (WCC) has erected a cabinet frame around the Banksy artwork at Marble Arch . Now the one-of-a-kind piece will have protection from theft, vandalism and damage.

The cabinet frame entails a larger encasing than a traditionally used guarding frame to provide additional protection. This provides a barrier on the exposed side and top preventing access to the artwork both from a vandalism and theft perspective but also rain and environmental factors. The cabinet is clear, but glazed with thick security grade polycarbonate, which is virtually unbreakable, UV filtering, graffiti resistant and scratch resistant. The cabinet also features protected ventilation points that allow the artwork to breathe and prevent any build up of condensation and mould. 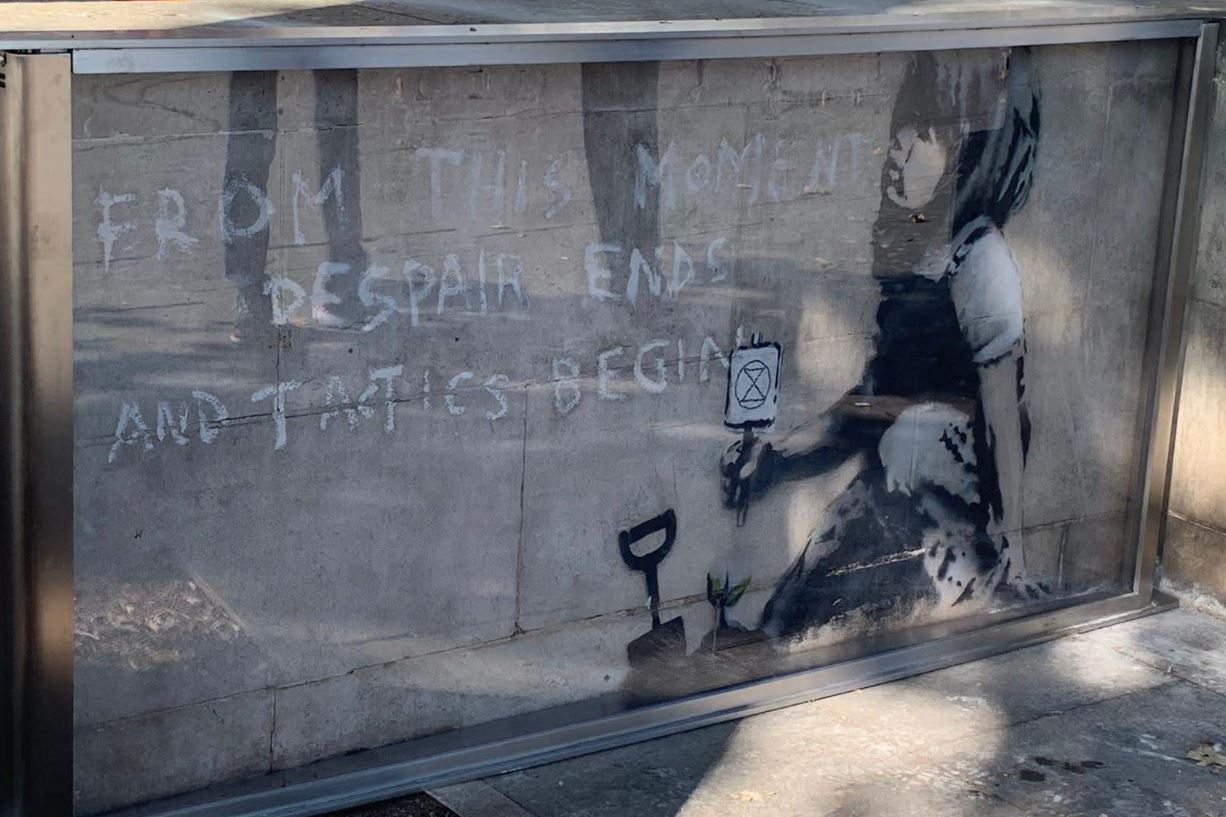 The Fine Art Restoration Co. was selected by WCC to build and install the protective cabinet frame based on their expertise on the subject with over 35 years’ experience of conservation, reputation as the leading experts in street art conservation and past experience working on a number of significant Banksy projects throughout the UK. Their team of ICON accredited conservators partner with museums, heritage services, private individuals, businesses, galleries and historic properties including the Duke of Wellington, BBC, Royal College of Nursing, NHS, American Embassy, Hiscox and AXA Art. 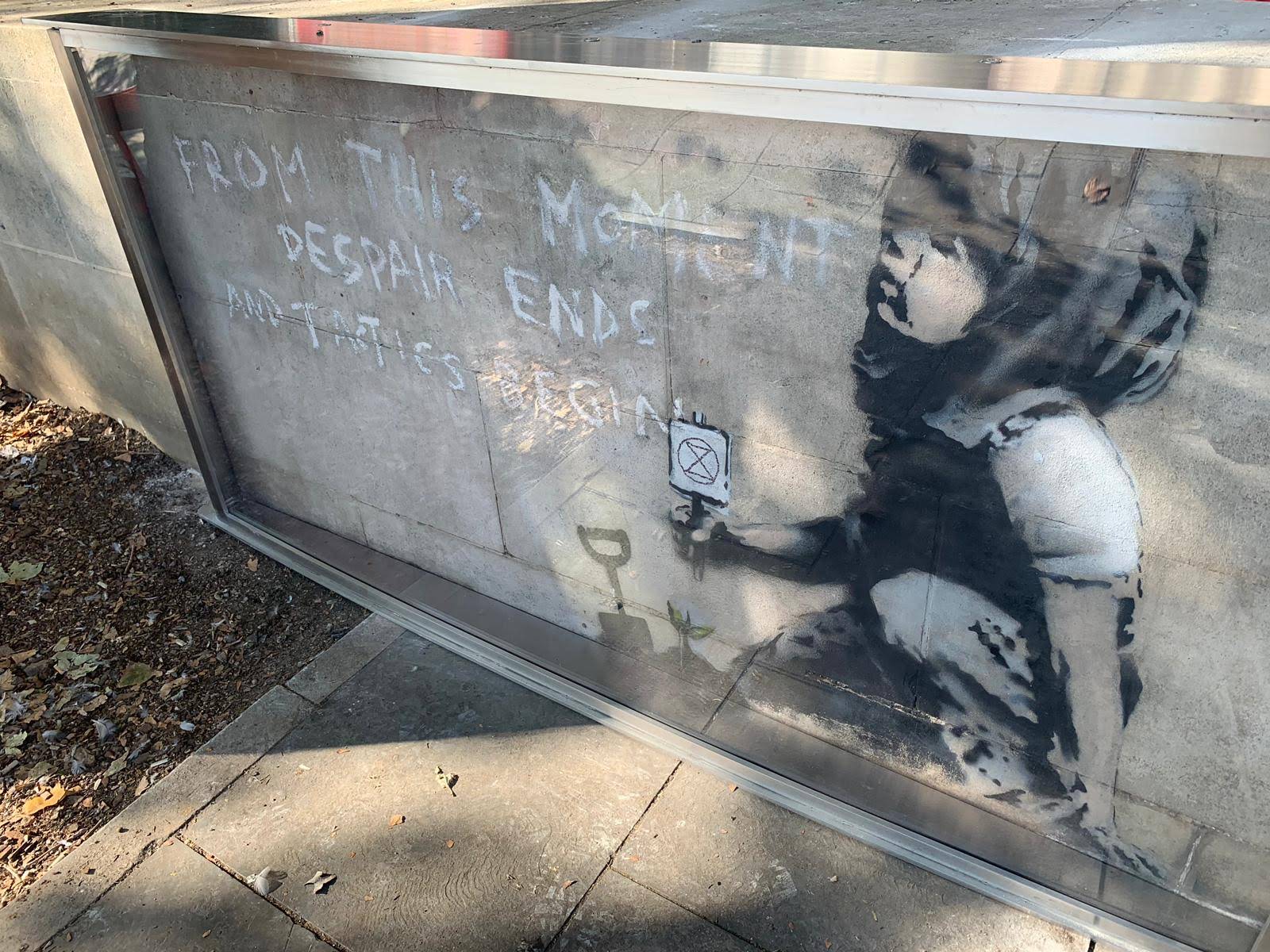 On the evening of the 25 April 2019 following the last night of the Extinction Rebellion protests at Marble Arch, an artwork appeared on a wall at the Arch. The artwork is believed to be created by the world-famous and secretive streetartist, Banksy. The piece depicts a young child holding the Extinction Rebellion emblem, alongside the words: “From this moment despair ends and tactics begin”. Banksy has yet to release a statement claiming the piece, but there are a number of direct connections between this artwork and Banksy. 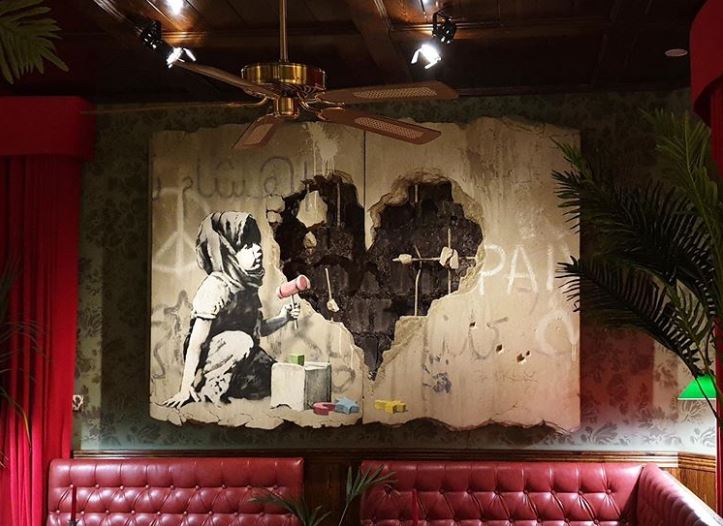 Banksy, one of the world’s most controversial street artists, is believed to have chosen Marble Arch for his latest artwork.…

On this day, we are honoured to celebrate the wonderful life of Dame Lucie Rie, DBE (16 March 1902 –…