What is the Reformers Tree?

The Reformers’ Tree is remembered by a beautiful mosaic on the eastern side of Hyde Park.

The circular artwork made from black and white pebbles supposedly marks the spot where the original oak tree once stood, at the convergence of nine different footpaths through the Royal Park. In a park full of trees, why was this one so special?

During the late nineteenth century, Hyde Park emerged as an epicentre for political protest. Workers’ rights, the control of public space and voting laws were all hot topics. During one particular protest in 1866, it is believed the Reform League stormed into the area and in the ensuing chaos an oak tree – the Reformers’ Tree – was set alight. By morning, all that remained was a charred stump.

The burned down tree soon became a symbol of discontent and was used as a rallying point for future Reform League meetings. This tradition contributed to the establishment of nearby Speakers’ Corner becoming a bastion of free speech.

Interestingly, the wording around the mosaic itself prompts some questions. Carved in spiral on the outer sandstone ring, the memorial reads: “This mosaic has been designed to commemorate the ‘Reformers Tree’, a venerable tree which was burnt down during the reform league riots in 1866. The remaining stump became a noticeboard for the political demonstration and a gathering point for reform league meetings. A new oak tree was planted by the then Prime Minister James Callaghan on 7 November 1977 on the spot where ‘Reformers Tree’ was thought to have stood.”

If the mosaic is not on the original site, then where was the Reformers’ Tree? There is no obviously newer oak tree nearby that can be identified as the one that Prime Minister James Callaghan supposedly planted in 1977.

Further mystery is sparked over whether the tree was ever really burned as an act of protest at all. While it is widely believed to be the case, it may simply be a conflation of events. Ex-police sergeant Edward Owen, who spent 20 years of his service in Hyde Park, wrote in 1875 that the tree (believed to be an elm rather than an oak) was already a “stark, blasted-looking old trunk, dead as a doornail, whether from lightning or old age”. And although its eventual destruction did indeed occur through fire on the evening of a protest, it was conjectured to be at the hands of “mischievous schoolboys” and nothing at all to do with the “orderly and quiet” demonstration.

Perhaps we will never know the true story behind the Reformers’ Tree. But the mosaic, unveiled in 2000, stands today as yet another marker of Hyde Park’s surprisingly tumultuous and revolutionary past.

Read about the history of Speakers’ Corner. 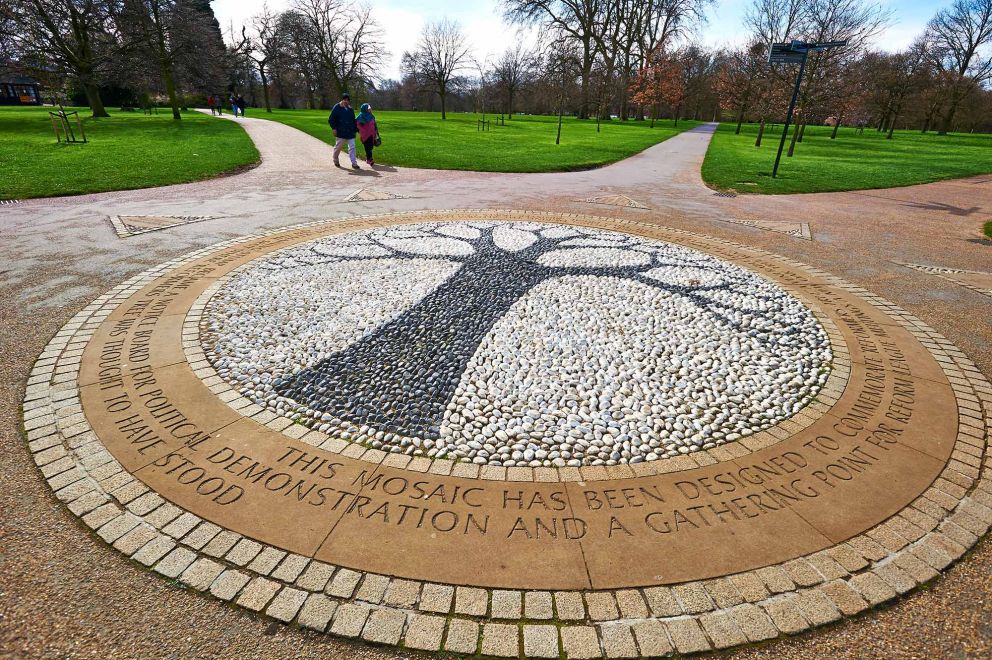 Photo courtesy of The Royal Parks 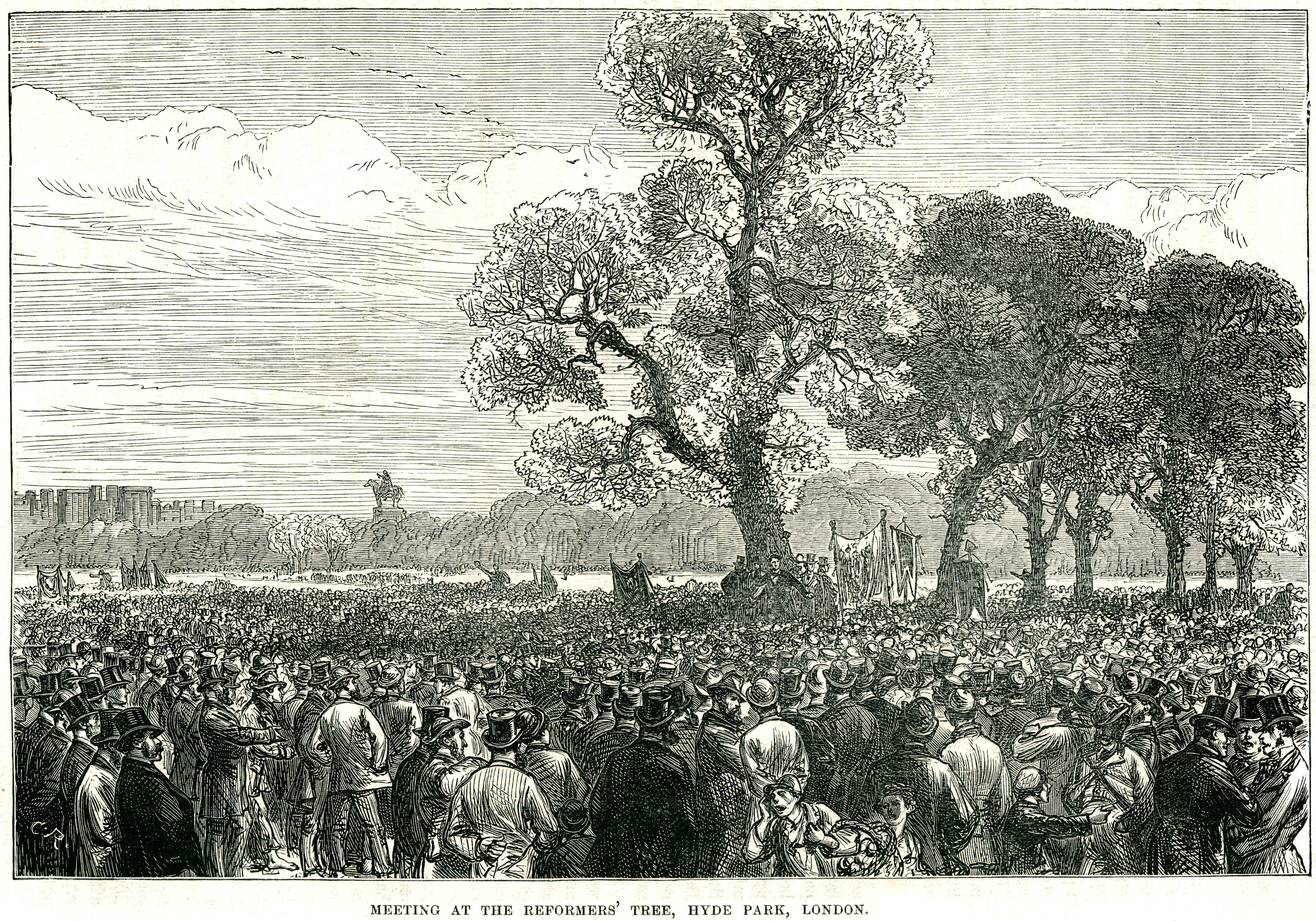 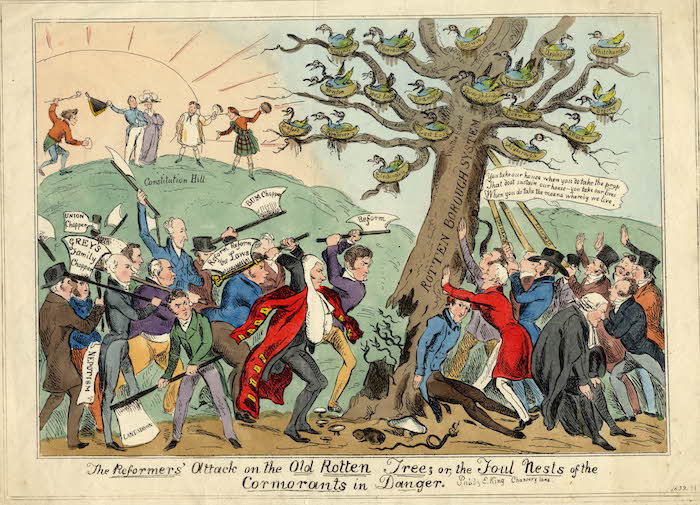 Satirical postcard of the Reformers Tree courtesy of the British Museum 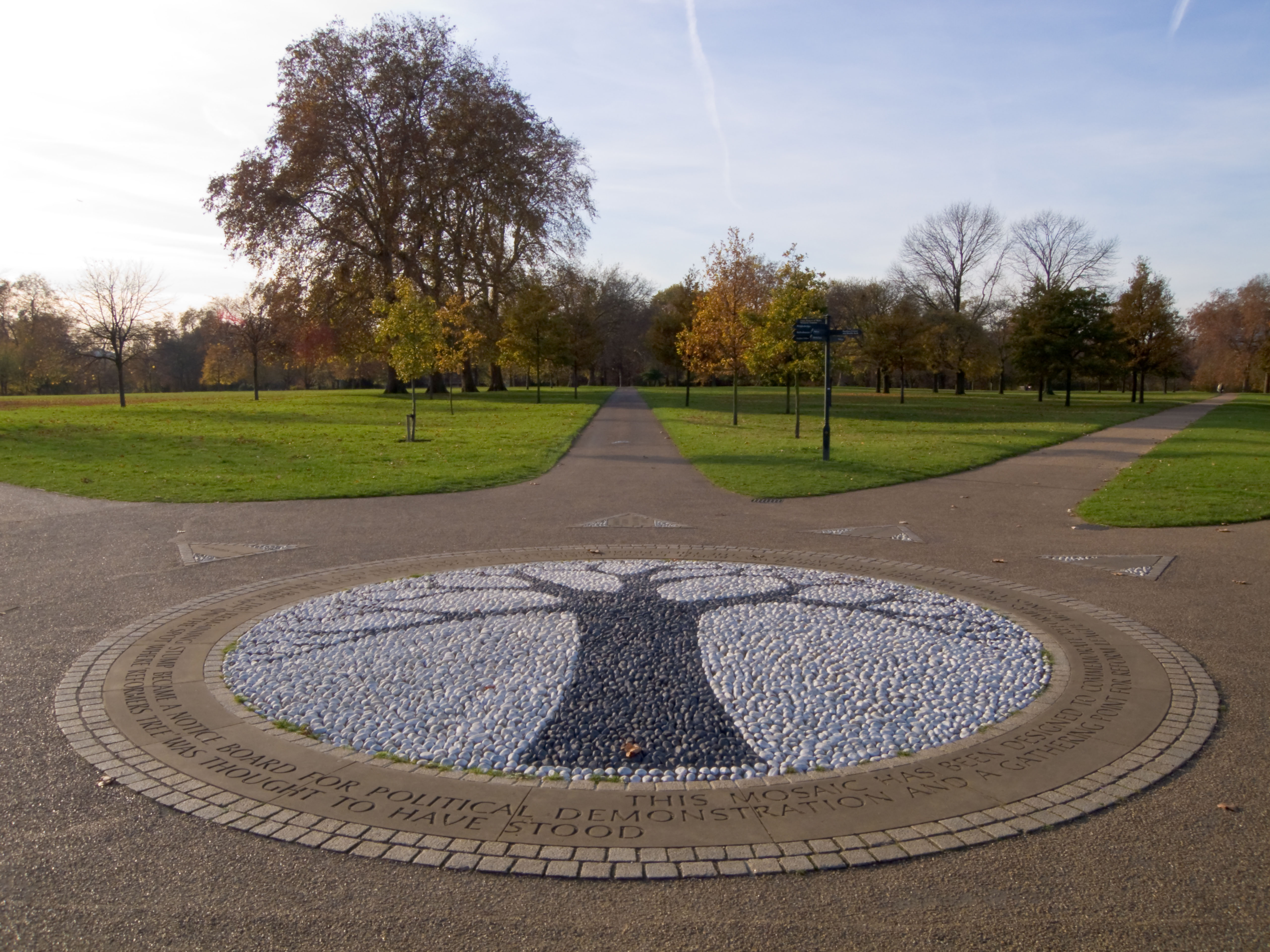