In this year’s Olivier Awards Sylvia Young OBE, was given a special recognition award for her contribution to the performing arts.

Sylvia, as she is known to her students, past and present, has received the award for giving countless students the opportunity to study performing arts and go on to have successful careers in theatre, film and TV since she started teaching in 1972. She was awarded an OBE in the Queen’s Birthday Honours list in 2005 for her services to the arts. 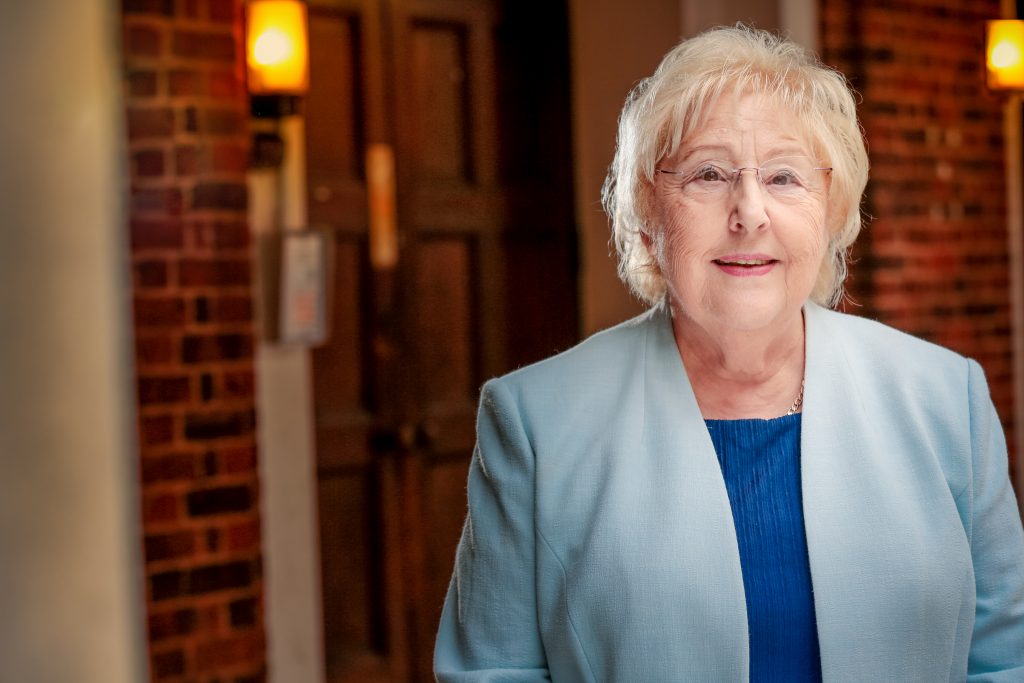 Sylvia founded the theatre school that bears her name in 1981 in Drury Lane. She had been running part-time classes for several years but never had an answer when students asked her if she knew of any full-time institutions that offered a combination of good academic studies, vocational training  and professional opportunities – so she decided to start one herself.

In 1983 the Sylvia Young Theatre School moved to a former 1880’s church school building in Marylebone, and in July 2010 to their current premises in Nutford Place, just off Seymour Place. The site houses two vocational floors with studios, rehearsal rooms, a recording studio, two academic floors and a large canteen with two courtyard gardens.

I have always said that students need to have good academics to support everything else. Not every student will make it as an actor, but we prepare them for that. Their vocational training will provide them with communication skills that will help in every walk of life, and their academics will equip them for anything.

We currently have ex-students on degree courses at Oxford and Cambridge as well as those furthering their vocational training at performing arts colleges. We’ve also had students that have gone on to become doctors, journalists and lawyers, and I am equally thrilled with their success.

Sylvia has given thousands of aspiring actors and performers the opportunity to study at the school, either as full-time students or via part-time classes, and many have gone on to have successful careers in theatre, film and TV.

Sylvia is now 82 and still actively involved as the school’s principal and chair of directors.

The Special Recognition Olivier Awards shine a spotlight on inspirational individuals doing vital work, often behind the scenes, who have been a force for good and helped shape our industry in a wide range of ways.

The five people we are honouring this year have all inspired generations of colleagues and theatre audiences, been pioneers in their fields and are hugely deserving of this long-due recognition. It is a privilege to celebrate their achievements as part of this year’s Olivier Awards.

Julian Bird, Chief executive of the Society of London Theatre and executive producer of the Olivier Awards

The History of Jaques Samuel Pianos

In 1935, owing to political unrest in the region, Jaques Samuel and his wife moved from Austria to London. As…

Inside Out Festival – Art Series

As part of the Inside Out festival, Wesminster Council’s Art Series brings art to the streets of Westminster and makes…