The History of Jaques Samuel Pianos

In 1935, owing to political unrest in the region, Jaques Samuel and his wife moved from Austria to London. As Jaques was a piano tuner he set up as such in London and also started selling a few pianos that he had reconditioned. The ‘shop’ was situated in their front room in Notting Hill. The business thrived and grew to become one of the most important piano houses and restoration factories in the UK.

Sadly Jaques suffered ill health in the 1960’s and the business was sold in 1965; he died shortly after. In addition to its large commercial hire business – which included the contract to supply the pianos for the BBC – the company began to hire pianos into private homes. It now has hundreds of pianos in homes around London and the home counties. The vast majority of students studying music in London rent their pianos from Jaques Samuel Pianos.

In 1965 Jaques Samuel Pianos became Bechstein House. In 1972 the shop moved to 142 Edgware Road, its current location, and is now the flagship store for the great piano maker C. Bechstein. 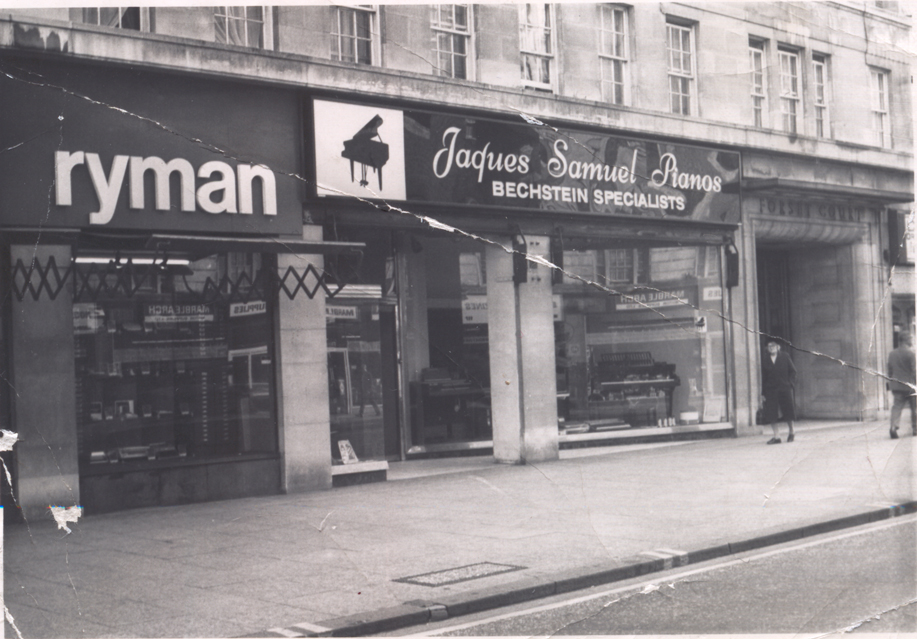 Through the 1960s into the 1990s the prominence of pianos and music education reduced, which impacted on the music business as a whole.

In 1996 Terence Lewis, formerly piano buyer at Harrods, was appointed Managing Director. The shop was completely refurbished and the business modernised – the staff were even given computers!

Practice rooms were introduced starting with one and gradually increasing to 16. The shop came to life once again with hundreds of musicians passing through to use the rooms and facilities each day.

Under Terence’s leadership Jaques Samuel Pianos was awarded ‘Music Retailer of the Year’ in 1996. The company is now owned by Stefan Freymuth and Terence Lewis and continues to be one of the most prominent piano houses in the UK.

To celebrate Terence’s 25th anniversary at Jaques Samuel we wanted to share his passion for music and insight of the local area via a short interview. 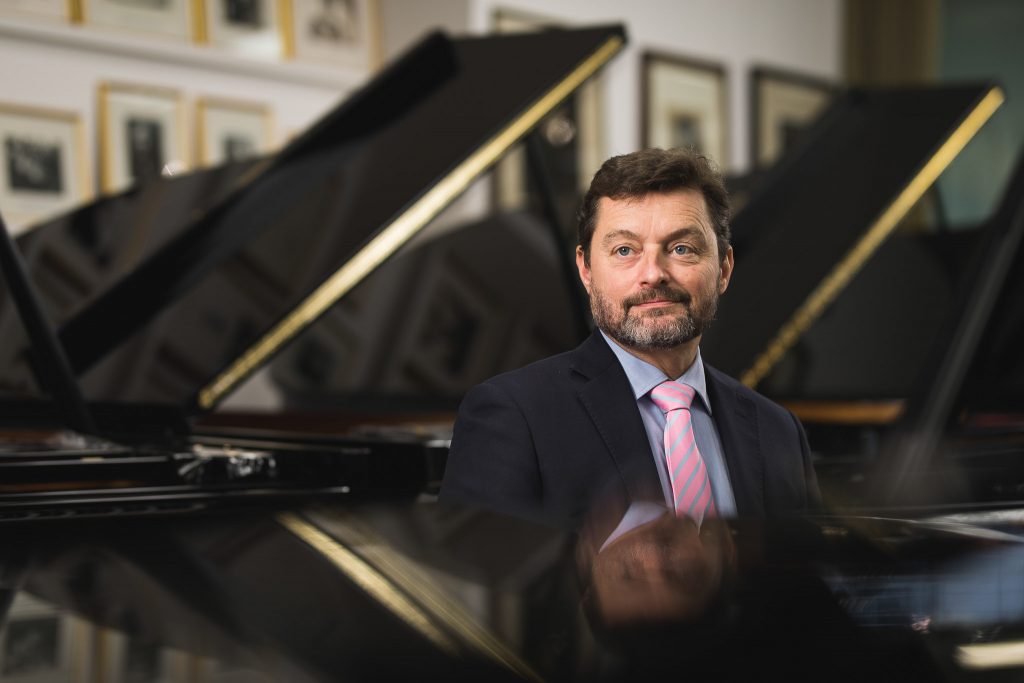 1What changes have you seen on Edgware Road over the years?I have seen a lot of improvement over the last few years. There are several new high-end developments, and the close proximity of Oxford Street means Edgware Road is becoming more and more like the West End. In the 1960s Edgware Road was very vogue, similar to what the King’s Road looks like now and it feels like we’re slowly coming back to that.

2What are your favourite things about the area?I love all the little enclaves around Edgware Road. You take a right and you find yourself in another world. I often wander around Connaught Village, it has a lovely quaint village feel with its pastel-coloured houses. Seymour Place is another unique pocket of London with amazing restaurants and pubs, the Carpenters Arms is great for a drink.

3What is the oddest thing that’s happened or the strangest request you’ve received at the shop?Two requests come to mind. We had to supply two grand pianos for flamenco dancers to dance on for one night in Barcelona and had to create fake lids as the pianos can’t usually withstand the weight of people dancing on them, let alone in stilettos! I guess they couldn’t find anyone to make this happen in Spain so they came to us.

Another odd request was for a ballet performance. We created a piano that looked like a bed for two ballet dancers in Cry Baby Kreisler by the Royal Ballet, which premiered in 1996.


4What is your biggest claims to fame?Bechstein piano makers, synonymous with magnificent grand pianos made in Germany, have used the business model I created for Jaques Samuel in some of their new stores in Europe which is something that I am very proud of.

5Who is your favourite pianist or musician and why?Daniil Trifonov is the greatest pianist alive in my opinion. He’s a young Russian pianist, barely 30 years old, and he’s one of the most outstanding pianists of our age. He won two major competitions within a few weeks of each other. In 2011, he won the First Prize at the Rubinstein Competition in Tel Aviv, and was awarded the First Prize, Gold Medal, and Grand Prix at the International Tchaikovsky Competition in Moscow a few weeks later.
I’m proud to say Jaques Samuel have a contract to supply all his pianos in the U.K. and he’s a good friend of mine, I even flew to the Dominican Republic for his wedding.

6If you could move the shop anywhere in the world, where would you like to run it?We have just bought a building in Wigmore Street and it will be wonderful to have a shop just down the road from Wigmore Hall. We’re not moving of course, but we are opening a new shop with a showroom and a 100-seat venue, Bechstein Hall. We’re planning to host short one-hour ‘rush hour concerts’ from 6.45pm, so busy Londoners can enjoy a bit of classical music and avoid rush hour.

7What do you think the BID should be focusing on in the next term?The BID has done a really good job and the area has improved so much in the last five years, but I’d like to see more greenery on Edgware Road – trees and hanging baskets for instance. It would help improve the ambience. I would also love for shop keepers to be more mindful and for more cleaning to be done.

Did you know that Marble Arch had its own record label? The Marble Arch area has a colourful music heritage…

Jimi Hendrix stayed at the Cumberland Hotel on numerous occasions. It was there that he gave his final interview to…

Memories of the Metropolitan Theatre

The Metropolitan Theatre, affectionately known as ‘The Met’, once entertained London from 267 Edgware Road. It had long been a…