Have you ever seen the striking red and white mansions flats on Cabbell Street and Old Marylebone Road in the Marble Arch district? Built in 1885, the Hyde Park, Oxford and Cambridge mansions are some of the capital’s most enduring examples of Victorian architecture. The buildings highlight a unique period in the nation’s history when the upper-middle class longed for expansive flats and substantial leases, but without the responsibilities of a house and access to porters to service the property

The mansion flats are archetypal Victorian buildings. In fact, Heritage Open Days lists 10 distinguishing features of a Victorian home and the Hyde Park, Oxford and Cambridge mansions feature almost all of them.

Two of the most noticeable and practical signs of the mansions being built during the Victorian era are the patterned brick work and terraced housing. Bricks became a popular building material as Britain’s railway network became more advanced because bricks were easier to transport. The mansions close proximity to Paddington and Marylebone railways stations might have played a significant role in this. As seen throughout urban England, terraced housing boomed during the Victorian period as more people moved away from the country to reside in the city. Moreover, as many of the buildings pre-date the automobile, the architecture doesn’t allow for on-site parking, as demonstrated at the mansions flats.

The mansions also embody decorative period features of the Victorian age. Some of the most noticeable examples of these are –

It is truly a treat to have such a preserved, magnificent period building directly next to the diverse and progressive areas of Edgware Road, Paddington and Marylebone. Central London is a treasure trove of these types of finds, but we like to think the Marble Arch ones are best. 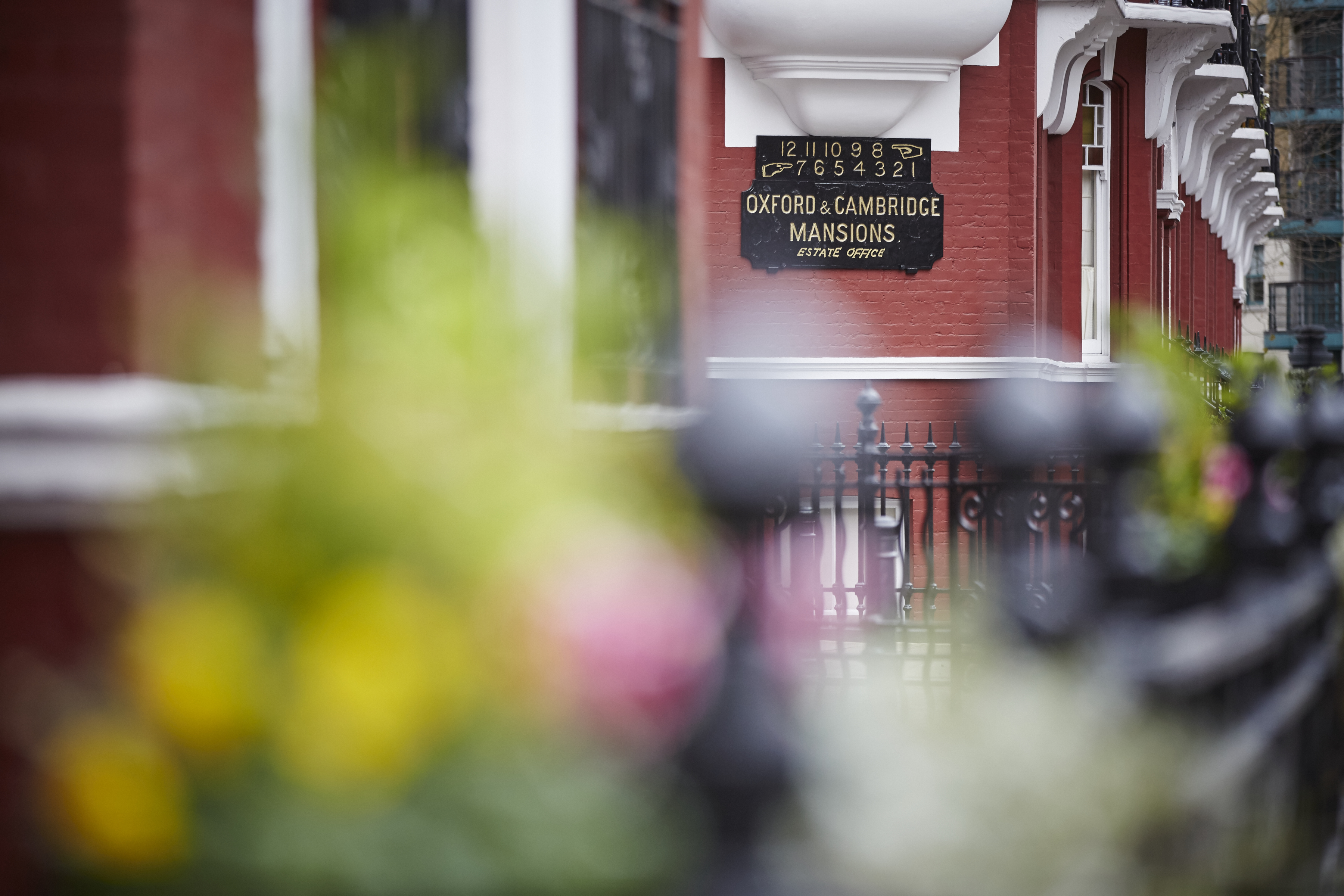 The Eliots of Crawford Mansions

A green Westminster plaque marks where the Eliots of Crawford Mansions lived on Homer Row. American born poet and playwright…