The Synagogues of Marble Arch

The Marble Arch area is fortunate to have two of central London’s most beautiful and dynamic synagogues, West London Synagogue and Western Marble Arch Synagogue. As Hanukkah 2018 approaches, starting on Saturday 2 December and finishing on Monday 10 December, we thought this is the perfect time to shed some light on the histories of these two great synagogues.

West London Synagogue is the oldest house of prayer affiliated with the Movement for Reform Judaism and is one of the oldest synagogues in the United Kingdom. Although the congregation was established in 1840, the synagogue was not built until 1870. The synagogue, which was built by Davis & Emmanuel, is a Grade II listed building by Historic England.

Primarily founded by members of the prominent Anglo-Jewish Mocatta family from Spain and Anglo-Jewish Goldsmid family from Holland that both settled in London, West London was created out of the need a prayer group for “British Jews”, not ones that were segregated based on their heritage or past.

As the UK’s flagship Reform Synagogue, West London Synagogue consists of an inclusive and progressive congregation led by senior rabbi Rabbi Baroness Julia Neuberger with the rabbinic team Rabbi Helen Freeman, Rabbi David Mitchell and Rabbi Neil Janes. Men and women sit together during services, and also play equal parts in leading them. WLS’s reform style has proved popular as it has twice extended to accommodate its growing congregation and needs.

West London Synagogue offers live broadcasts of its services, as well as boasts a full events calendar that includes varied Shabbat and festival services, formal and informal services, interfaith events, community groups, once a month drop-in sessions for asylum seekers and a night shelter for homeless people once a week. 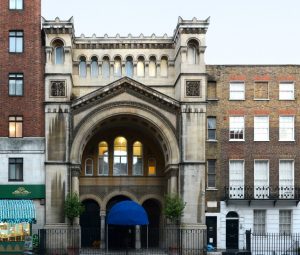 The two former congregations have successfully blended together into a unified and enlightened community with a membership catering for all age groups. The merger was larger successful due to the inclusive nature of the previous synagogues. The Western Synagogue, one of the first Ashkenazi Synagogues in the country, was the first to be established outside the City of London in Westminster and was originally known as the Westminster Synagogue. It was the first London Synagogue to preach sermons in English. Although it adhered to strict orthodox principles, it maintained an attitude of religious tolerance to individuals. The Marble Arch Synagogue came into existence in 1957 to replace the Great Synagogue which was destroyed by enemy action during the 2nd World War.

The synagogue offers a range of events to engage within and outside of its community, covering all generations and demographics. 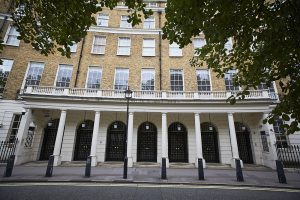 We are bursting with pride to announce that local Marble Arch architecture firm, Adjaye Associates, has won the bid to design…

The Annunciation sits quietly behind Oxford Street. Shoppers might never know it was there. Yet this cavernous, dramatic Grade II listed…