The Window Cleaner of Edgware Road

On Chapel Street, the Window Cleaner gazes up at the many glazed surfaces of Capital House. He’s scratching his head and apparently wondering how on earth he’s going to clean them all with the rather small ladder he’s carrying. 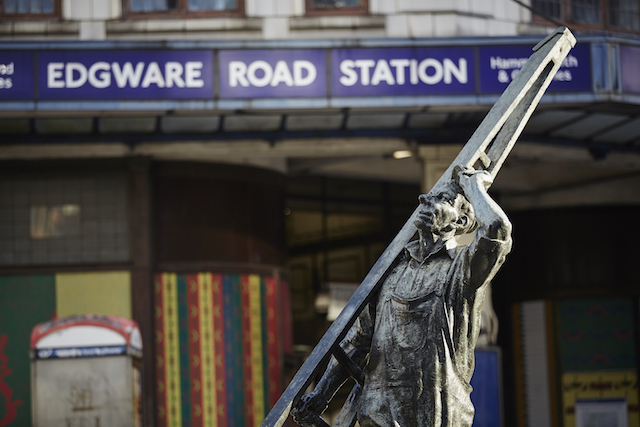 The Window Cleaner by Allan Sly

The bronze statue is one of sculptor Allan Sly’s earliest public artworks. He was commissioned to create something outside Capital House with a “wry quality”. Best viewed from the other side of the street, the Window Cleaner was installed in 1990, and has been making people smile ever since.

Capital House was built in 1960, next to a brand new Marks & Spencer shop at 258/264 Edgware Road, which is still there today. Back in 1959 a large sculpture of a male figure stood above the main entrance facing on to Edgware Road.

Allegedly commissioned to conceal some discloured cladding, the figure, “Progression” by Edward Bainbridge Copnall was certainly eye-catching. 25ft high it was a hollow fibreglass figure which was challenging to make.  Unfortunately, the figure had to be removed in 1988 when it was found to be disintegrating but it was agreed that a new piece of public art would be commissioned for the Capital House entrance. Cue the arrival of The Window Cleaner two years later when the office blocks were refurbished.

Allan Sly created a companion piece to the Window Cleaner in 1993. An equally wry figure, The Messenger – apparently a cycle courier leaning against a road sign trying to get a stone out of his shoe – stands nearby outside St Mary’s Hospital on South Wharf Road, Paddington. 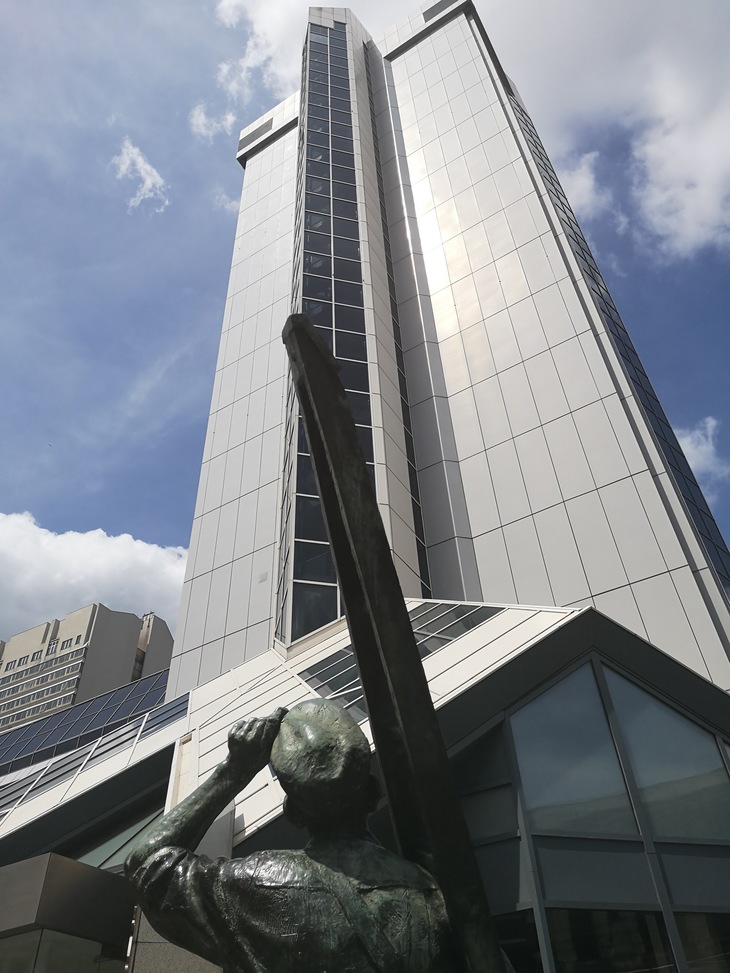 The Greenhouse: A Horticultural Curiosity on Porchester Place

The Greenhouse is a surprising and beautiful outdoor art installation outside the tower block at 25 Porchester Place. Also known…