Have you ever passed the pensive statue next to the Montcalm Hotel on Great Cumberland Place and wondered who was Wallenberg? Walk around the monument and you’ll find out.

The inscription reads: “Wallenberg’s bravery helped save the lives of as many as 100,000 men, women and children, destined for the death camps only because they were Jews. When, in January 1945, Budapest fell to the Soviet army, Wallenberg was taken under guard to Moscow where he vanished into the Soviet prison system. The last resting place of this selfless hero is unknown.

“In 1944, armed only with determination and courage, Raoul Wallenberg arrived in Budapest as a member of the neutral Swedish legation and set about recruiting the 230,000 Jews who remained, snatching many from Nazi and Hungarian death squads. He demanded the removal of others from trains departing to the gas chambers at Auschwitz. He placed tens of thousand under the protection of the Swedish crown by issuing them with false passports, “Schutzpasses”, sheltering them in safe houses from which he flew the Swedish flag.

“The twentieth century spawned two of history’s vilest tyrannies. Raoul Wallenberg outwitted the first but was swallowed up by the second. His triumph over Nazi genocide reminds us that the courageous and committed individual can prevail against even the cruellest state machine. The fate of the six million Jews he was unable to rescue reminds us of the evils to which racist ideas can drive whole nations. Finally his imprisonment reminds us not only of Soviet brutality but also of the ignorance and indifference which lead the free world to abandon him. We must never forget these lessons.”

A closer examination reveals the rear of the statue draped with the Swedish flag and made from 100,000 “Schützpasses”.

The statue stands close by the Swedish Embassy and visible from the West End Great Synagogue.

71 years after disappearing in the Soviet Union Raoul Wallenberg was finally declared dead by his homeland in October 2016. 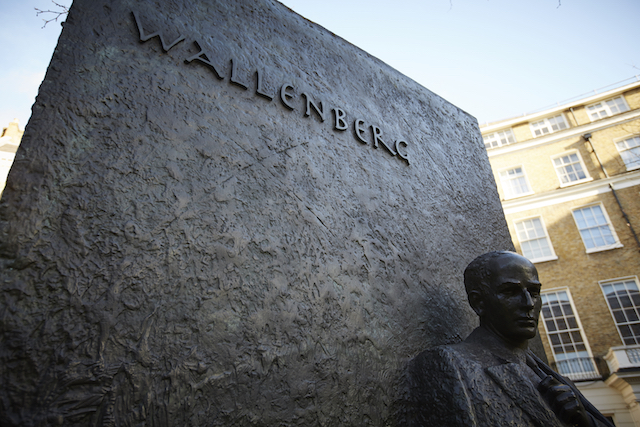 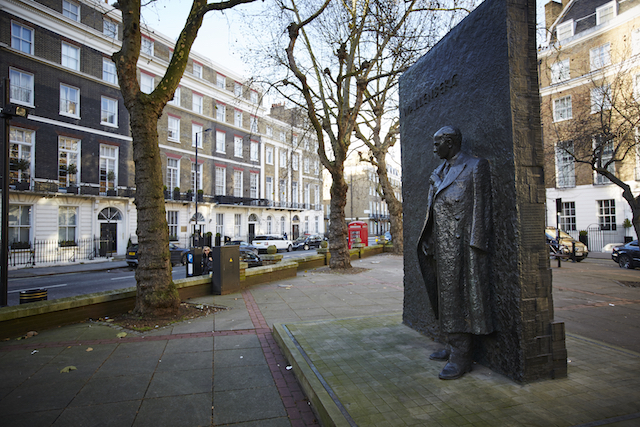 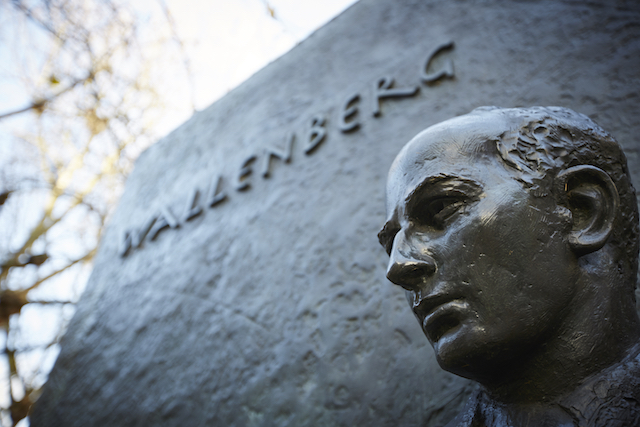