Bex, the firefighter on her way to Antarctica 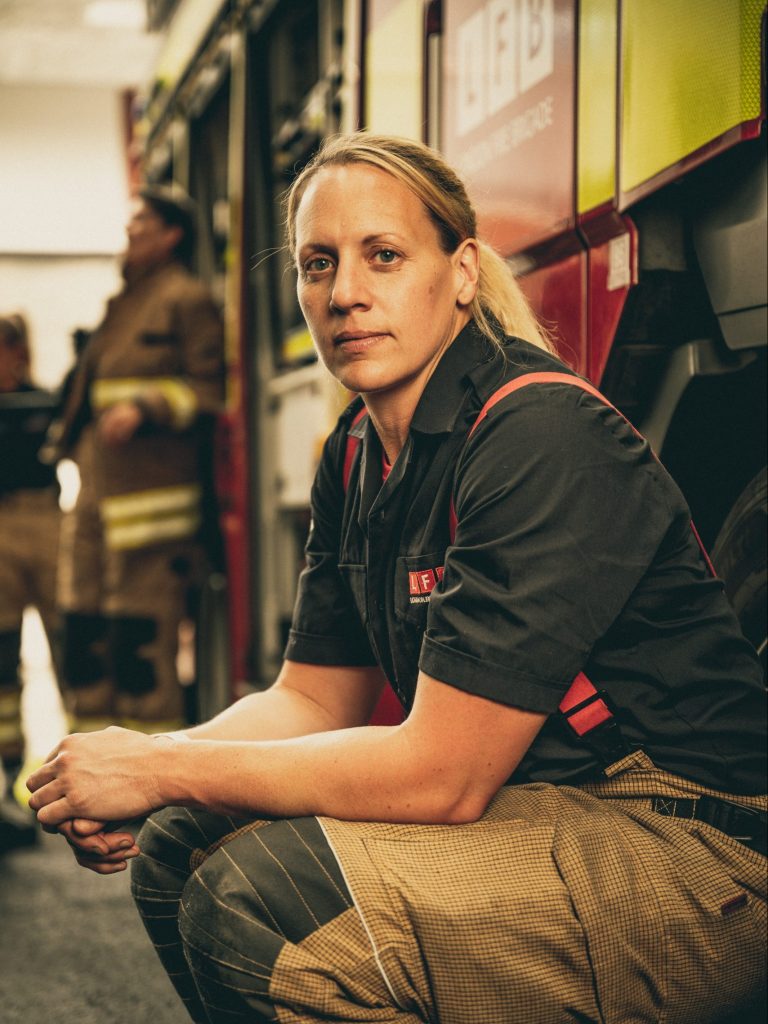 1Can you explain your role in one sentence? My main role is to respond to emergency incidents and spend time in the community talking about fire prevention. We work closely with the community in Paddington, I love working in such a diverse part of London.


2How long have you been doing this role? Three and a half years. I started late in life, I joined the London Fire Brigade when I was 37.


3Did you find yourself in this role by accident or by design? By design. I used to be a PE teacher and wanted a career change. Some of my friends were firefighters, they had great things to say about the job and the London Fire Brigade was recruiting. I applied, went through all the rounds and when I got to the interview stage I realised this was serious and I might actually become a firefighter! It was a gamble, but it definitely paid off.

4What’s the best part about your job? The people I work with! We’re always there for each other, they’re like a family. I also love how you never know how the day will pan out.


5What’s the strangest thing that has ever happened to you in your role? There aren’t that many strange things that have happened, but definitely some cool things. We do fire safety audits of buildings and I once stood on top of Buckingham Palace for an audit. I also saved a cat from a void in the wall when I first started, saving a cat is a rite of passage as a firefighter.

6What challenges have you faced as a woman in a male-dominated profession?I’ve had a good run of it. I worked in a boys’ school as a PE teacher before I became a firefighter, so I’m used to working in male-dominated environments. However, the public don’t always realise I’m a woman as we’re all dressed the same, I’ve accidentally been called a man, and I got a ‘thanks lad’ a few times. The older generations don’t always know what to call me, even my parents sometimes say I’m a fireman.

7What’s your next challenge?I volunteered for an expedition to Antarctica. I’m one of a team of six women firefighters, The Fire Angels, who will trek across Antarctica in November 2023 to raise awareness of the impact of poor mental health. We also want to show women they can take risks they wouldn’t necessarily take. You don’t have to go to Antarctica, but you can join a sports club, do a couch to 5k, or go for that job interview.

We’ll be doing a full traverse, skiing coast to coast, pulling 85kg supply sleds in temperatures as low as -50. We’ll cover 1,900km and we hope it will take about 70-85 days. We’ll be using woman power alone and it’s never been done by an all-female emergency services team before, so that will make it a World Record.

To make this happen, we’re raising £500,000 for training, equipment, nutrition, technology and specialist technical support. Once the funds for the expedition have been reached, we’ll divide further funds raised between The Firefighter Foundation and The Harlequins Foundation.

8What advice would you give to young women aspiring to be firefighters?A lot of people worry they’re not strong or fit enough but you just have to go out there and give it a go. We have information days where you can get a feel of what the job is about. Of course there are physical tests to pass but we have firefighters of all shapes and sizes, it’s not all big burly men. The community is diverse, so we need a diverse workforce.

9What do you enjoy doing when you are not at work? When I’m not training for Antarctica, I like to go for long walks with my two sausage dogs. I’ve just moved back to Wales, near the sea, so I also like to go surfing. I love being outdoors.

10Who is YOUR hero and what is it about them that inspires you? Since I was a child, I always admired Sharron Davies. She’s an English Olympic swimmer who won a silver medal in the 400-metre individual medley at the 1980 Olympics in Moscow. She’s a strong inspirational woman who forged a great career in swimming. She’s the epitome of resilience and working hard.

11If you could visit anywhere in the world, where would it be?I’m a water baby so I’d love to go to The Great Barrier Reef.

You can find out more about The Fire Angels here.

If you’re interested in becoming a firefighter, The London Fire Brigade would love to hear from you. Click here to find out more.

Stephanie Segoura, General Manager of the London Marriott Hotel Marble Arch joined us for a special Hidden Heroes interview to…

Hester Flies the Flag for Young Women in Construction

Meet Hester King, Project Manager at Whitbread, a leading hospitality business and the owner of the Premier Inn and hub…