The latest addition to Westminster City Council’s City of Sculpture Programme, “Brothers” by David Breuer-Weil, has been installed at Marble Arch.

City of Sculpture sees the City Council collaborate with private and public galleries to commission and donate public art pieces across Westminster, to provide residents and visitors with the opportunity to access public art in the streets and spaces around them.

“Brothers” depicts the joining together of two separate but connected individuals, explicitly siblings. Sculptor David Breuer-Weil explores the concept of togetherness, and how in the 21st century, distances between people that were formerly unbridgeable are now connected in less than a second. The work is scaled up from an originally much smaller maquette and the finger prints and marks of the artist have also been scaled up and can be seen by visitors.

Cllr Robert Davis MBE DL, Deputy Leader, and Cabinet Member for the Built Environment, said: “As custodians of this fantastic city, Westminster City Council is passionate in its efforts to turn Westminster into London’s most celebrated open air gallery, providing residents and visitors with a unique opportunity to interact with public art of all shapes and sizes in some of London’s most iconic locations. Consequently, we are delighted to see the successful installation of this latest sculpture “Brothers” by David Breuer-Weil, at Marble Arch as part of our City of Sculpture programme.”

David Breuer Weil, Sculptor of “Brothers” said: “The two figures are brothers and partners. I like the idea that when you communicate with another person you are also seeing a reflection of yourself, of your own humanity. My communicators, my brothers are communicating in a very physical and intimate way. I want the viewer to see the arch from underneath, to look upwards at this moment of communication because such a connection is a form of hope that we can be understood by ourselves or another person. The image is a physical embodiment of the joining of minds.”

Westminster’s City of Sculpture programme has benefited from the involvement of more than 15 galleries to date, as well as a number of individual artists, spanning 20 sites across the city. 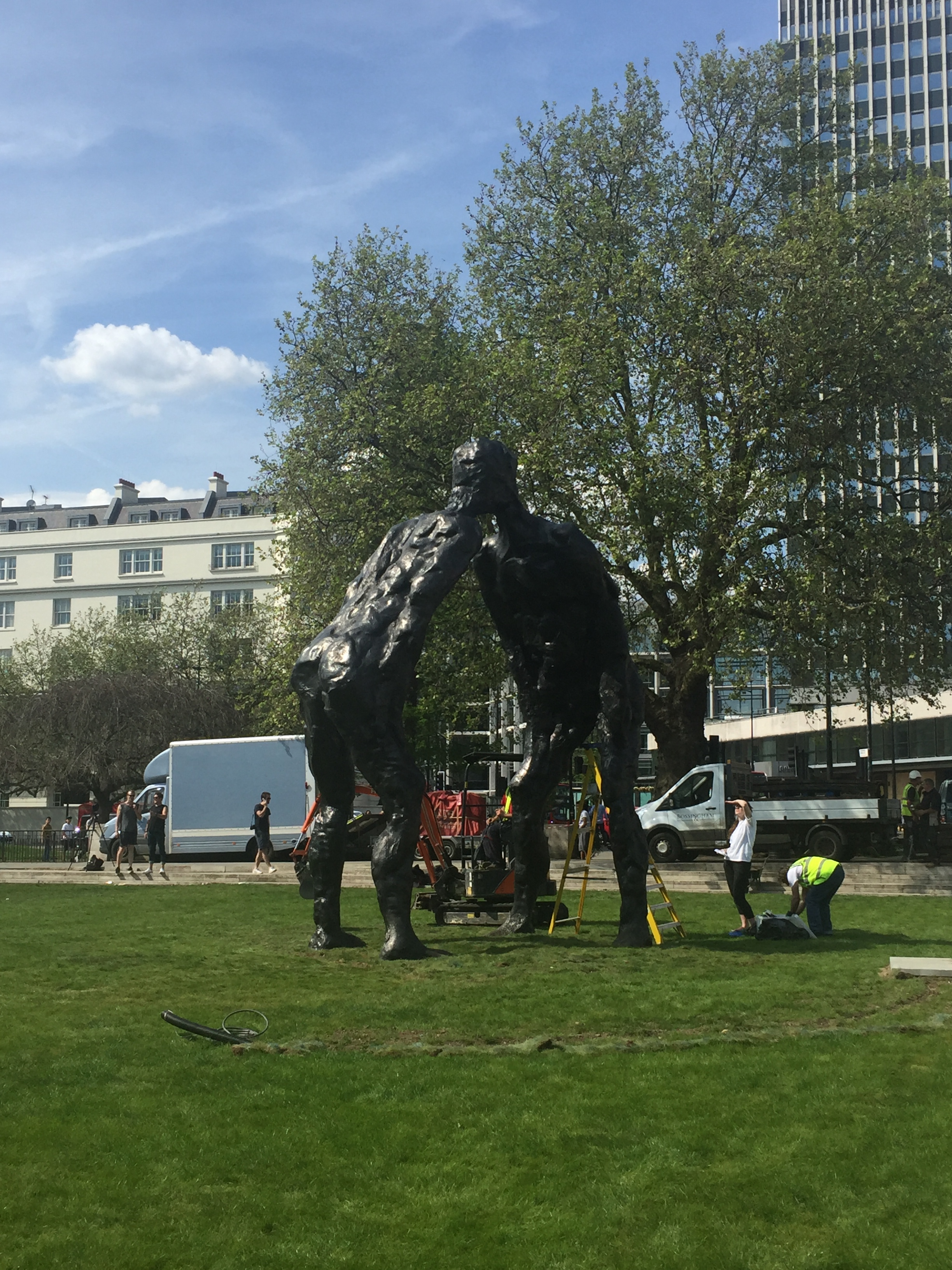 The installation team adding the finishing touches to 'Brothers'. 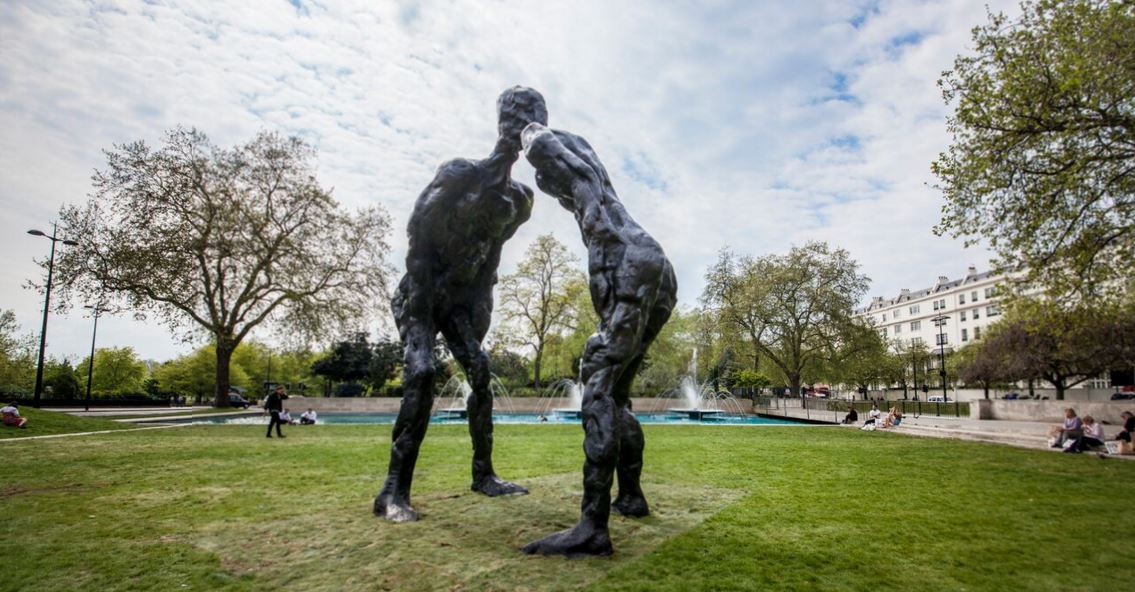 Brothers will be with us until November 2016. 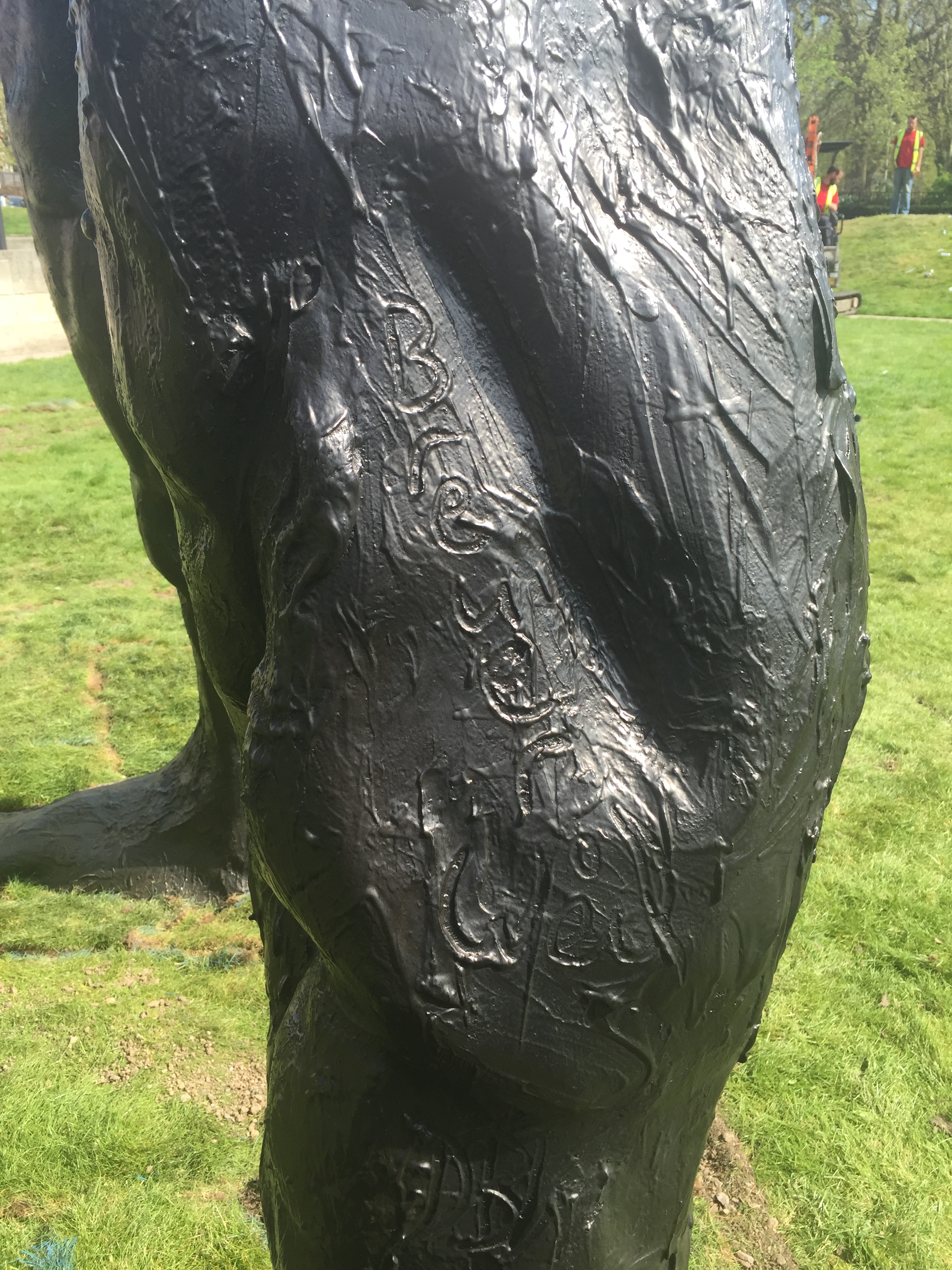 Visitors can see the artist's fingerprints and signature on the sculpture.