Join our webinar for a presentation, workshop and Q&A session to find out how businesses and venues might be affected, what might be required and how to respond to the consultation.

Join our webinar for a presentation, workshop and Q&A session to find out how businesses and venues might be affected, what might be required and how to respond to the consultation.

The government has opened consultation on new Protect Duty measures which will require owners and operators of public spaces and venues to put in place measures to keep the public safe from a terrorist attack. The new ‘Protect Duty’ will draw on lessons learned following terrorist attacks in 2017, and more recently, from the Manchester Arena attack. The proposed law builds on discussions with families of victims, and is also know as Martyn’s Law, following a campaign led by the mother of Martyn Hett who was killed in the Manchester attack.

Protect Duty, once made law, would require venue operators to consider the risk of a terrorist attack, take proportionate and reasonable measures to prepare for, and protect the public from, such an attack. Measures could include increased physical security, staff training, incident response plans and regular practice exercises for staff on what to do during an attack.

Marble Arch London BID is working with our members to ensure they are fully briefed and able to respond to the consultation.

Join our webinar on Wednesday 19 May from 1-2.30pm for a presentation, workshop and Q&A session. Hear from representatives of West End Security Group – Michael Wood and Georgie Barnard – how businesses and venues might be affected, what might be required and how to respond to the consultation. 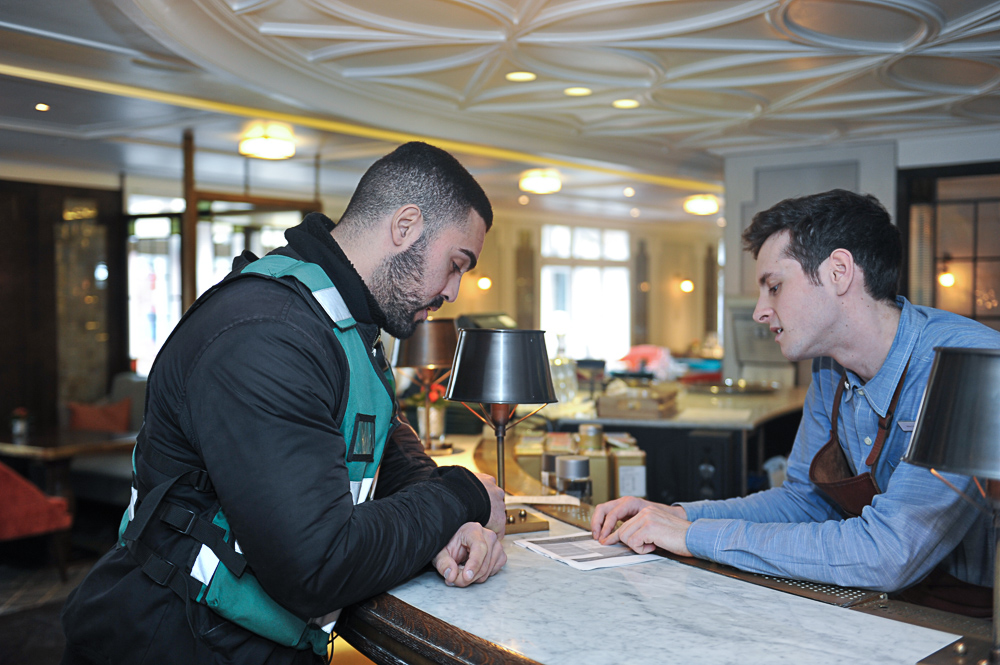 To which spaces and venues would the new Protect Duty apply?

The proposed changes would not apply to the rail, aviation or maritime sectors where legislation to deal with terrorist threats already applies.

Is there a threshold at which the Protect Duty applies?

Yes, this is what the government is currently proposing and consulting on:

What will be required of organisations ‘in scope’?

For public venues and large organisations in scope, the government requires that owners and operators should:

The assessments would need to be recorded and retained by venues and organisers and reviewed at least annually.

What about boundaries and public spaces?

The Duty to Protect will have far reaching implications for public spaces such as high streets and civic spaces. ‘Grey space’ between public space boundaries and organisations will require high levels of inter-agency planning and co-operation. For the first time, a Protect Duty will require those responsible for a venue and adjacent public location that could be a potential terror target to engage with one another.

What if there are cost implications?

As the majority of venues have already considered or undertaken protective security actions, not least in response to the Covid-19 pandemic, the government hopes that a Protect Duty will have minimal financial implications for most venues. The issue of ‘proportionality’ is a key tenet of the consultation, to be considered alongside size of venue, location and function.

There may be instances where proportionate security measures would involve more significant mitigation requirements, such as introducing measures for access control or reducing the risk of vehicles as a weapon of attack. For measures that entail time and cost to design, plan and implement, a reasonable period would need to be allowed to implement measures within a business.

How would compliance be enforced?

One of the key questions in the consultation phase is how the new Duty might be monitored and enforced. An inspection regime is suggested that is grounded in the provision of advice and guidance on risk assessments, mitigation and improvement. Repeated failures to act would be followed by enforcement in the form of fines rather than imprisonment. This would be similar to the framework in which the Information Commissioners Office or the Health and Safety Executive functions.

Who can respond to the consultation?

This consultation is open to the public, and is targeted at venues, organisations, businesses, local authorities, public bodies and individuals who own or operate at publicly accessible locations or others that a ‘Protect Duty’ would potentially affect.

Running for 18 weeks, views are sought in the consultation phase on:

You can view the full consultation here.

Street Team and Police pair up for Joint Patrols

August 2022: The Street Team is now on duty Monday-Thursday from 8am-10pm and Friday-Saturday from 8am-midnight.  The Marble Arch Street…

Our next Business Crime Group will be held online on Friday 9 April 2021 from 10:00-11am. Safer Business Network Training…