Hard Rock Hotel London swings open its decadent doors today, 30 April, to become the first Hard Rock Hotel in London. Located immediately across from the Marble Arch monument and national landmark, the new Hard Rock Hotel London has an illustrious history of its own – the building as hosted stars including Buddy Holly, Diana Ross, Stevie Wonder and was famously the last residence of Jimi Hendrix.  Although the original Hard Rock Cafe opened less than a mile away on Park Lane in 1971, its taken 48 years for the company’s famed history to reach this unprecedented milestone. 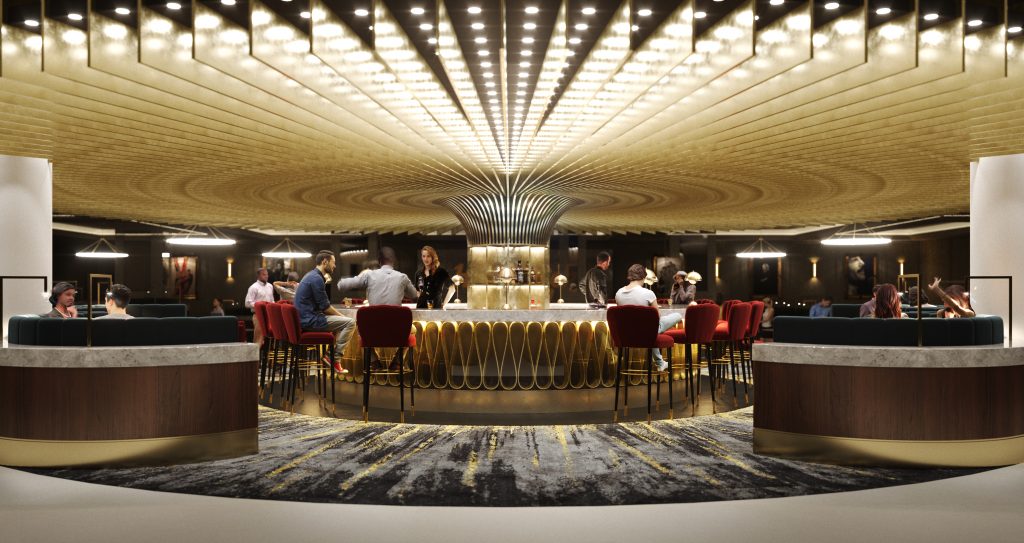 As the first of its kind, Hard Rock has pulled out all the stops to ensure its first hotel is London is unlike any of its previous 180 cafes, 28 hotels and 11 casinos. Known as a tourist haven and music-lovers heaven, Hard Rock Hotel combines the love for music with an elegant and retro twist. Unlike the typical American fayre of burgers ‘n’ blue jeans at other Hard Rock Cafes, the 340-cover restaurant and cocktail bar is welcomes guests with tasteful shades of teal and mustard, with soft leather banquettes, a statement circular bar, and a stage for live performances. Perfect for everyone from corporate and business guests, leisure travellers or gig goers. 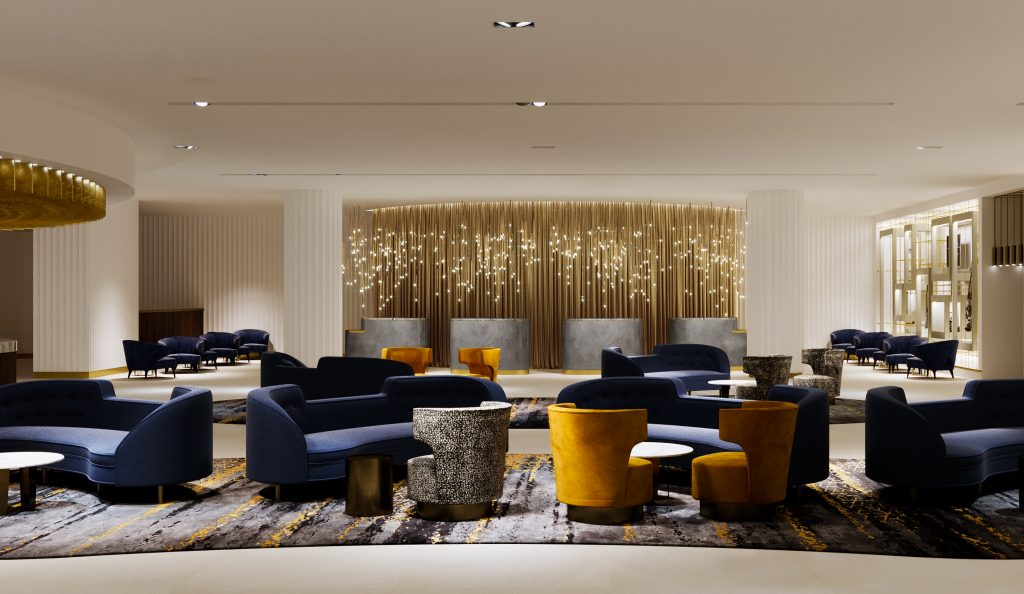 Although the Hard Rock Hotel London is the leader of the portfolio, you can still expect to find the brand’s unprecedented collection of memorabilia. Each artist featured might not be British, but each piece has been thoughtfully and carefully chosen to have a English tie-in or relevance, such as rarities like Sex Pistol Sid Vicious’s passport document and a letter from Buddy Holly to his parents, written on Cumberland Hotel stationery. The hotel’s standout piece, which rightfully sit in pride of place in the hotel lobby, is the piano from Freddie Mercury’s childhood home.

The music-themed rooms offer soft touches like small guitars embroidered on pillows to the quirky eye-catchers like mirrors indicating the heights of various music artist ranging from Prince (5 ft 2) to Snoop Dogg (6 ft. 4). Each room features original artwork and is designed to be a “business hotel with a twist”, including a subtle nod to the Union Jack with a dark blue and red colour scheme. Find out more about the room perks here.

The original Hard Rock Cafe was celebrated amongst the music industry. The first live set was an impromptu gig by Paul McCartney and Wings, Carole King wrote a song about it stating it was a place “where the spirit flows so free” and Eric Clapton started the brand’s renowned music memorabilia collection by sending over his guitar to permanently reserve and mark his spot at the bar. We hope this new landmark will have similarly glorious and, frankly, rock and roll mark in Hard Rock’s history. 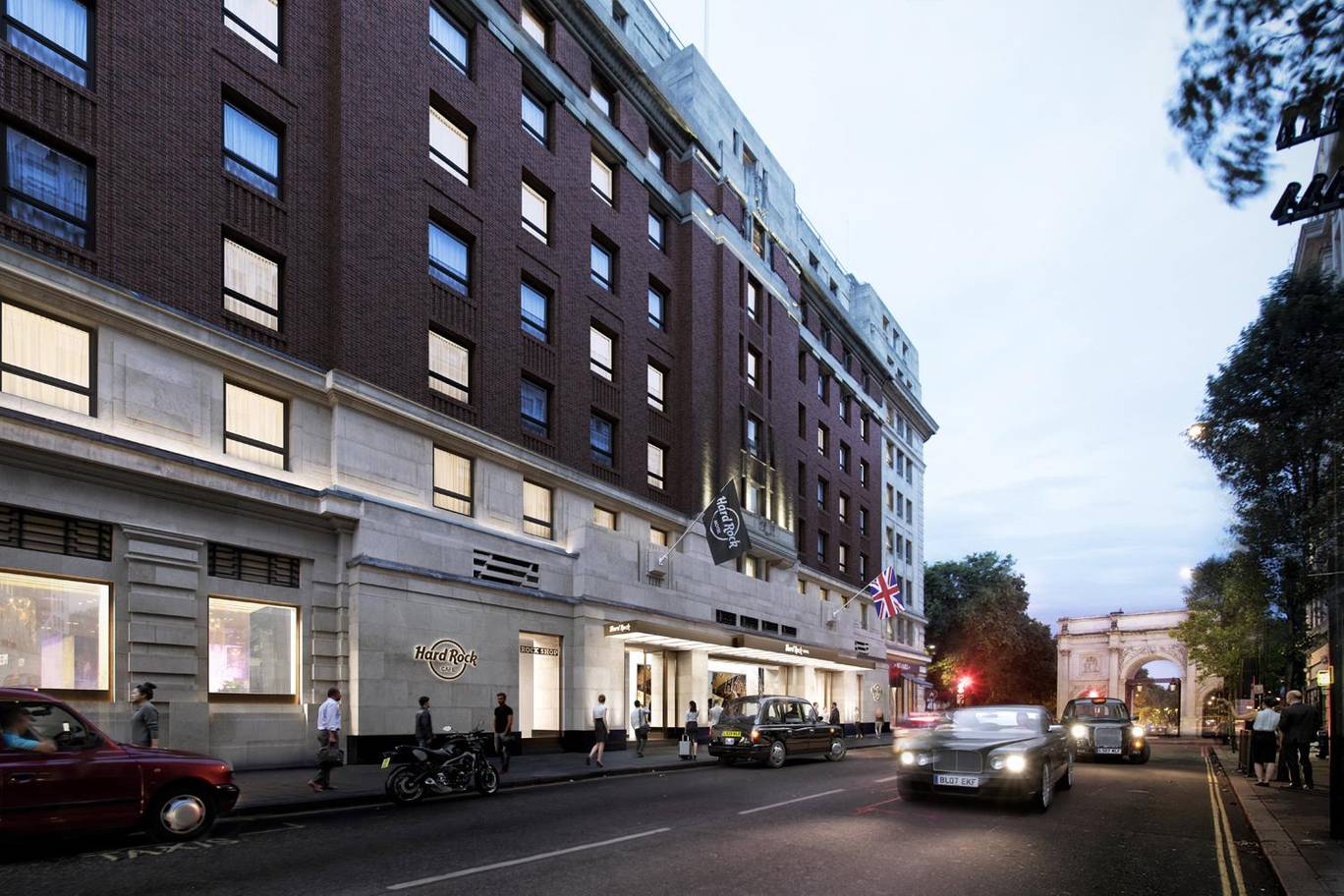 It has been announced today that Hard Rock International, in collaboration with glh Hotels, will convert and rebrand The Cumberland at Great…

Hard Rock Hotel has released a glimpse of what their first London hotel, located in Marble Arch, will look like…

Our new culture blog highlights the rich heritage of Marble Arch and Edgware Road, telling the many stories of the…