The pedestrian tunnel that leads from the station ticket hall to the monument now showcases the story of the grade 1 listed monument over 43 panels of London history, photos, maps and illustrations.

The panels shed new light on the often unknown story of this national monument. Conceived in the 1880s and intended as a triumphal royal arch by the famous architect John Nash, the installation tells the intriguing story of how the magnificent landmark of today came to stand at the corner of Hyde Park. 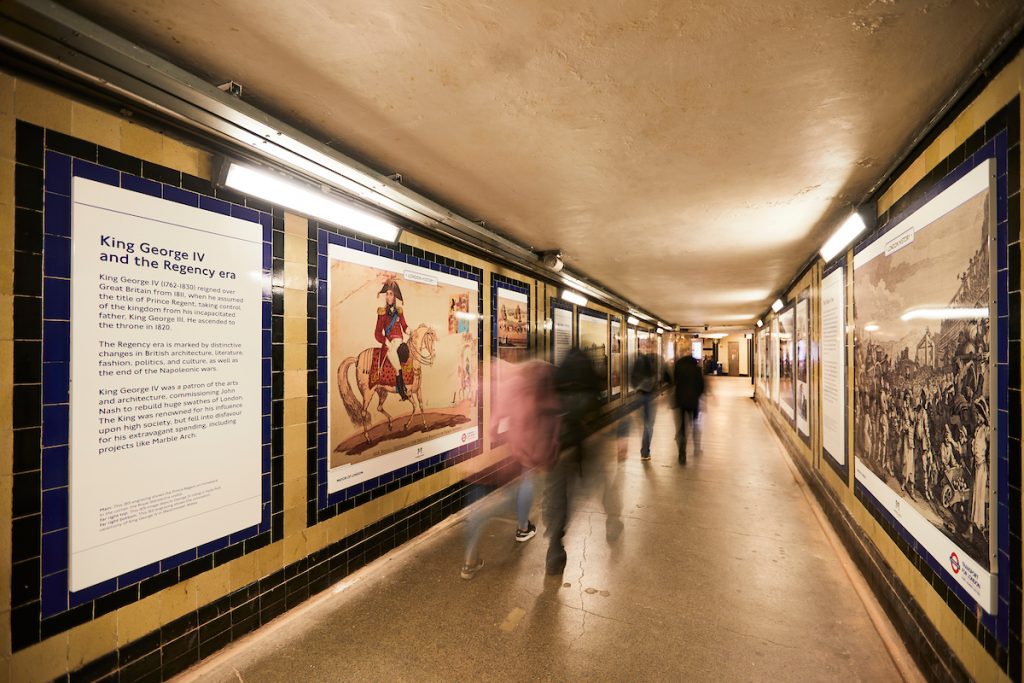 As well as busting some common myths, the display tells you where to find the “missing bits” of Marble Arch around London and how the Arch has played its part in transforming local transport systems.

The ancient history of nearby Tyburn Tree, London’s principal site for public executions for over 650 years, also has its place in the tunnel. Key local stakeholders who have shaped the area, such as The Portman Estate, The Church Commissioners, and The Royal Parks, the charity which manages London’s eight Royal Parks including Hyde Park are also featured.

Marble Arch London BID partnered with Transport for London to create, design, fund and install this fascinating permanent mural in the Marble Arch subway. As well as acting as an educational tool, the installation hopes to attract new visitors to the station and the surrounding Marble Arch and Edgware Road area.

Free copies of the recently republished brochure, The Story of Marble Arch are available from Marble Arch London BID by emailing getinvolved@marble-arch.london and a version is available to explore online. 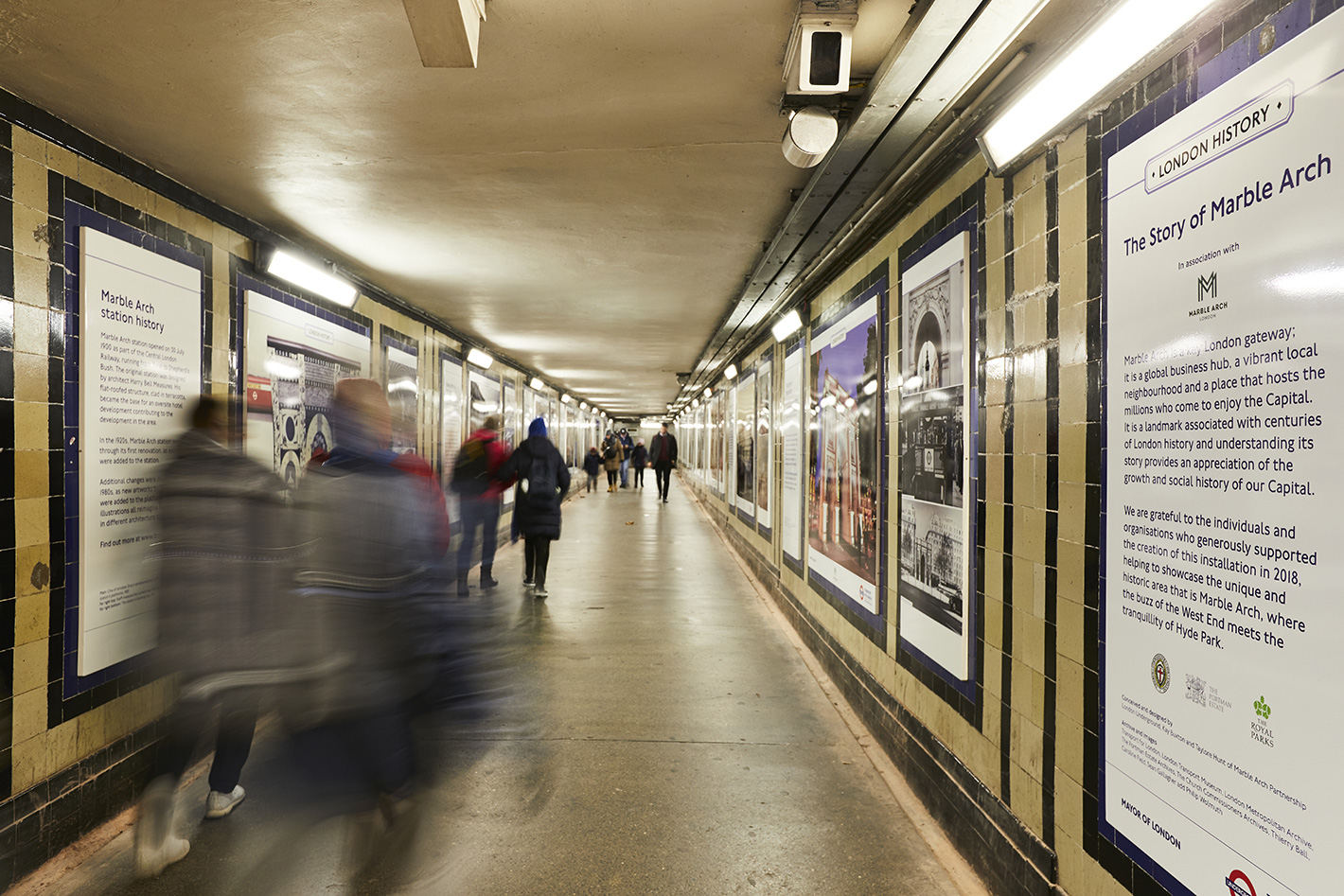 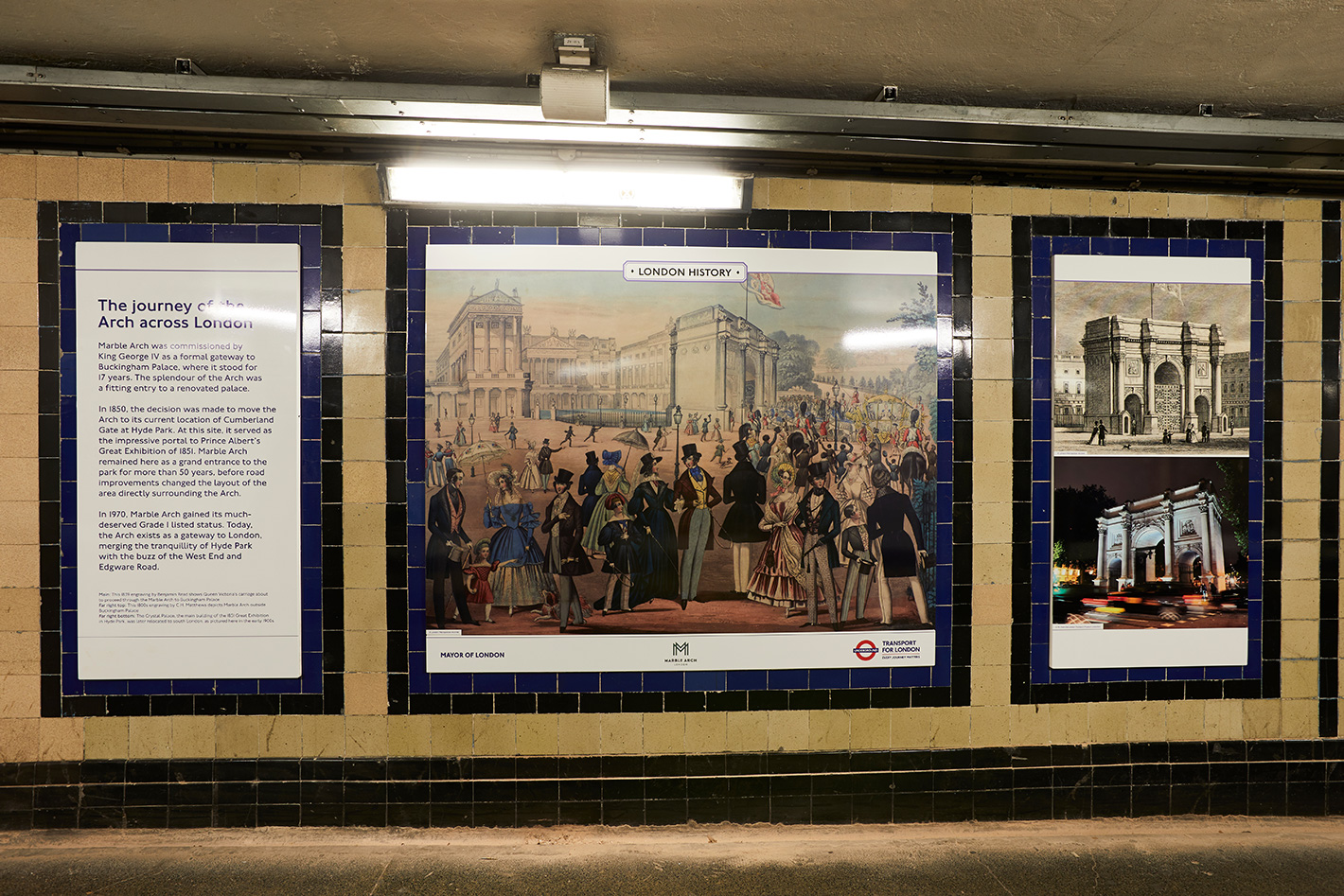 Discover the Story of Marble Arch

Clean of the Tyburn Stone Plaque