We are immensely honoured to – for the first time ever – illuminate Marble Arch – one of London’s most recognisable landmarks – with the colours of the iconic rainbow flag in celebration and support of Pride in London 2019. This project is proudly created in collaboration with English Heritage – who care for the National monument – and Westminster City Council. Marble Arch now joins a roll call of famous London landmarks, including the Palace of Westminster, the MI6 building and the London Eye, which have all been previously transformed into the rainbow colours for previous Pride in London celebrations. 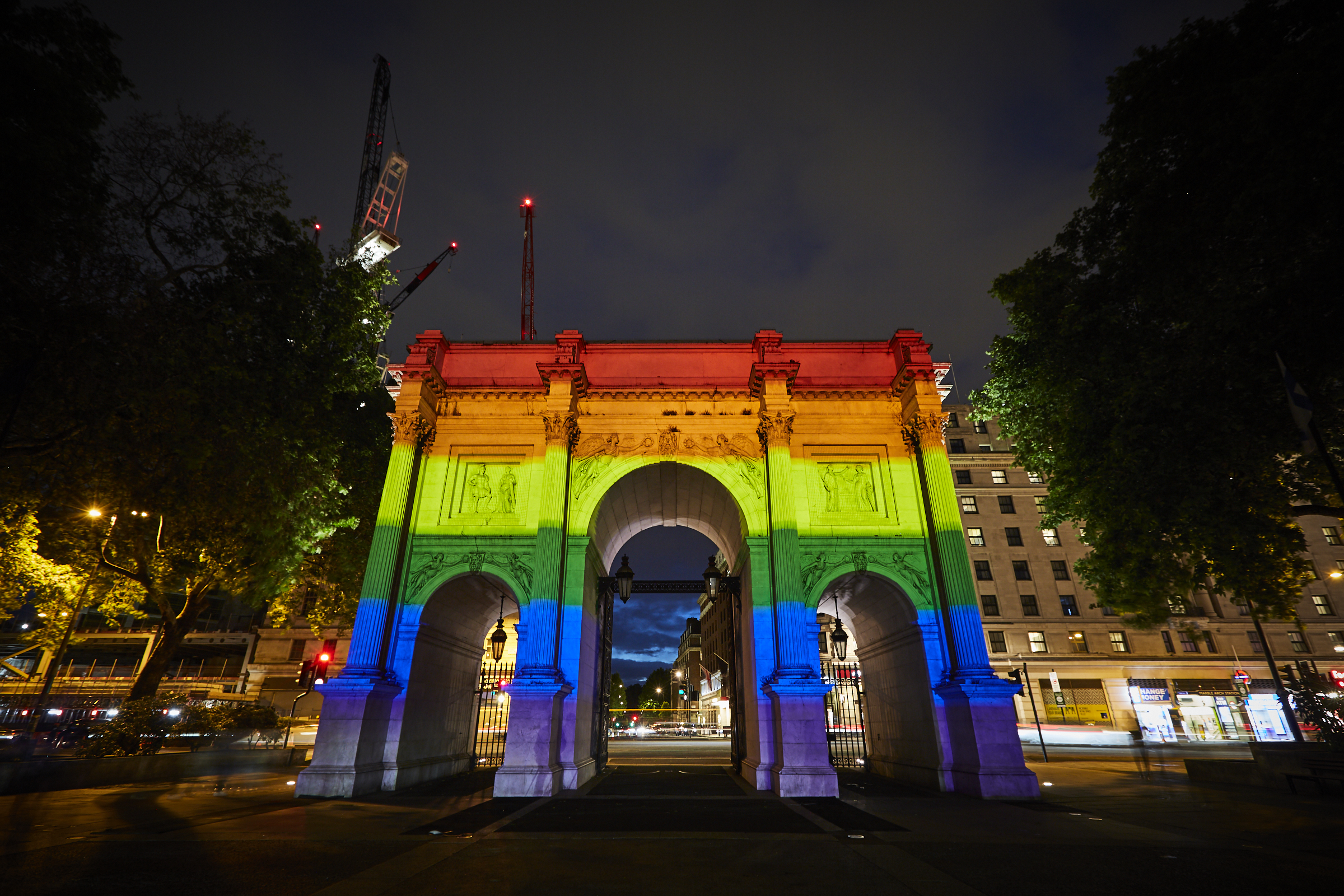 To raise the impact of this momentous support, each day in the week leading up to Pride in London, Marble Arch will be illuminated in the individual colours of the LGBT pride flag to symbolise the meaning of each shade on the flag. Follow our social channels to see the Arch in all of its rainbow glory – Twitter, Facebook and Instagram.

The historic Marble Arch monument is transformed for one night only to create a highly visible emblem on the capital’s skyline in celebration of an inclusive, diverse and open London.

Completed in 1833, John Nash’s famous Grade I listed triumphal arch has hosted royal processions as well as political movements and marches, including its role as a principal place of congregation for the women’s suffrage movement over one hundred years ago.

“Marble Arch has had a long history as a symbol of rightful causes, and it’s only fitting that the monument should now play its part in embracing this important event, the success of which shows how much has been achieved over the years for LGBT+ rights in the UK.
“Of course, unfortunately the LGBT+ community can still face levels of discrimination and intolerance, and this is why it is so important that organisations and institutions continue to support Pride in highly visible ways. We are therefore extremely proud to have had the opportunity to transform this much loved London landmark in such a dramatic way, working closely with our partners Westminster City Council and the custodians of Marble Arch, English Heritage, to make this possible.”

PROCESSIONS x Marble Arch We are ecstatic to announce our partnership with PROCESSIONS, a once-in-a-lifetime opportunity to celebrate 100 years of…