The Portman Estate has this month secured support from London First and WESt Group for its public realm vision for Marble Arch, to transform the area into a high-quality, safe civic space to use and travel through.

The proposed designs would mean that pedestrians moving between Oxford Street and Hyde Park would cross only one crossing over a main road instead of the current four separate crossings and 14 lanes of traffic to make this journey. 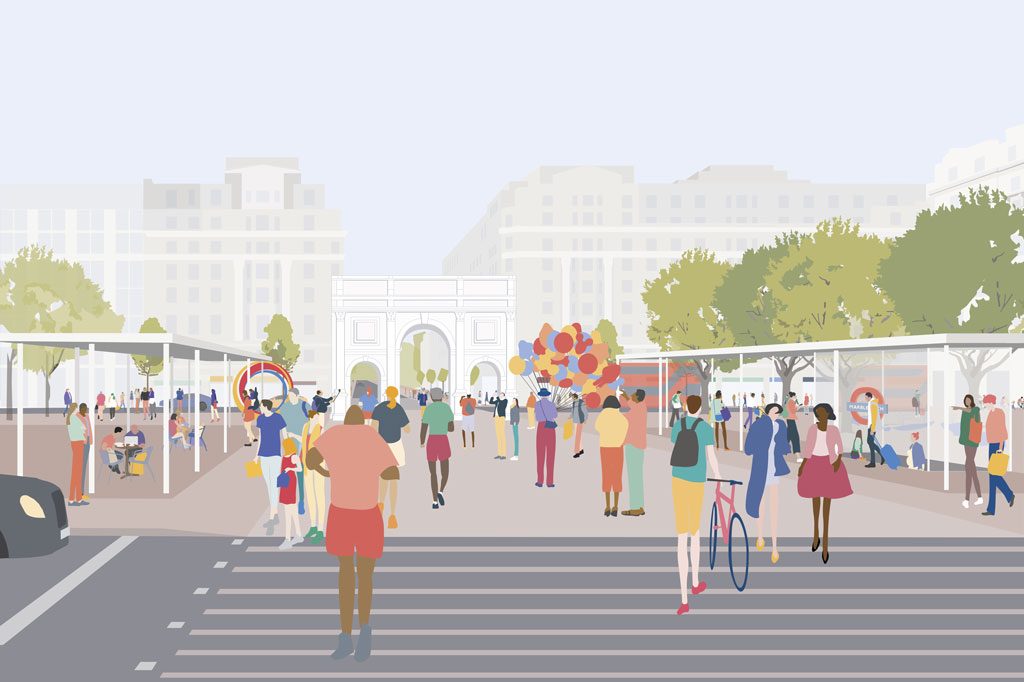 A new civic square and amenities at Marble Arch © Publica

Simon Loomes, Strategic Projects Director at The Portman Estate says:
“We are delighted that Marble Arch has been chosen as one of two projects supported by London First and West End Streets Group. Despite Marble Arch’s prominent position and large areas of public space – comparable in total to Trafalgar Square – the listed monument is currently isolated and the spaces around it are limited in their use. Such valuable open space in the heart of the city should provide a healthier environment for the many people who visit this London landmark and pass by, as well as creating an exciting location for events and a setting worthy of the national monument.”

Kay Buxton, Chief Executive, Marble Arch London BID, comments:
“We’re thrilled that London First is supporting this transformative proposal from The Portman Estate in collaboration with Marble Arch London BID, which is designed to greatly enhance the quality of the public realm and civic amenity around Marble Arch, rebalancing the emphasis of this important area back towards cyclists and pedestrians through significantly improvised connectivity. These are interventions that befit a world city, effectively unlocking an important yet underutilised public space by largely removing traffic from the immediate vicinity of the Marble Arch monument. The proposals reflect our commitment to creating a safer, healthier and greener environment for all of those who work, live and visit this iconic area of central London, as well as providing an important economic boost to the local economies of Edgware Road and Oxford Street. We trust that these important proposals will secure further endorsement from local stakeholder organisations, and look forward to continuing the focus on the future of this important area.” 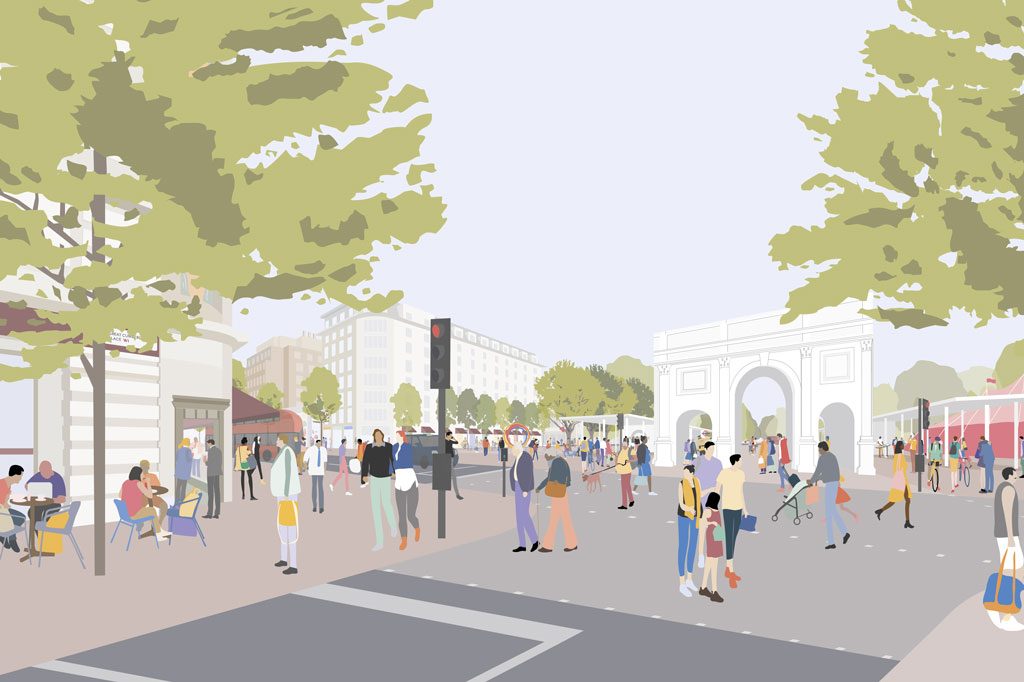 The Portman Estate and Marble Arch London BID have consulted widely on the scheme with local stakeholders including BIDs, property owners and neighbourhood associations which are all supportive, in principle, of the proposals. The enormous potential of the varied spaces around Marble Arch that could be unlocked by this public realm proposal has been described here.