We are ecstatic to announce our partnership with PROCESSIONS, a once-in-a-lifetime opportunity to celebrate 100 years of votes for women. PROCESSIONS, which is produced by the creatives behind Lumiere London – Artichoke, will be one of the UK’s largest ever mass participation artworks, which will take place simultaneously across the four UK capitals on Sunday 10 June 2018.

Many of our restaurants, shops and hotels are supporting the event and all of its participants with exclusive discounts and offers which are available here! Just as the original suffragettes started their marches at Marble Arch and Speakers Corner, women in London will begin PROCESSIONS in the same area as they unite on 10 June.

Commissioned by 14-18 NOW, the UK’s arts programme for the First World War centenary, PROCESSIONS will mark 100 years since the first British women won the right to vote.

Women and girls – including those who identify as women and non-binary individuals – are invited to register for free at www.processions.co.uk to take part in this once-in-a-lifetime living artwork which will celebrate a historic moment for gender equality and create a dramatic portrait of women in the 21st century.

On 10th June 2018, participants in Belfast, Cardiff, Edinburgh and London will walk together in their tens of thousands. Given green, white or violet to wear, to represent the colours of the suffrage movement and standing for “Give Women Votes”, they will together appear as a vast river of colour flowing through the city streets. At the heart of each procession will be specially created banners, echoing those carried by suffrage campaigners.

In the months leading up to PROCESSIONS, participants are invited to take part in a nationwide creative programme of banner making workshops, or to create banners at home using a toolkit designed by contemporary banner-maker Clare Hunter which takes inspiration from a 1909 pamphlet by suffragette artist Mary Lowndes.

100 Years 100 Banners
Artichoke have announced 100 organisations across the UK, who will be working with commissioned female, female-identifying and non-binary artists to create 100 unique banners for PROCESSIONS.

Artists will facilitate workshops with a chosen community group or groups to create these expressive artworks, reflecting the hopes and concerns of women today. Participating artists include Lucy Orta, designer Lucy Tammam and one of Northern Ireland’s foremost artists Rita Duffy. 100 Years 100 Banners partners are spread across the breadth of the UK, from Newlyn in Cornwall to Stornoway in the Outer Hebrides. They encompass local and national charities and arts organisations, including well-known venues such as FirstSite, Middlesbrough Institute of Modern Art, The Whitworth and Turner Contemporary.
As part of the 100 Years 100 Banners programme, Artichoke will be commissioning 10 artists to create banners with UK organisations. For instance, London designer Sadie Williams will be working with Girlguiding ’s National Youth Panels, a group of girls and young women aged 14-25 who help shape the organisation’s core campaigns. Their banner for PROCESSIONS will reflect the voices of girls and young women across the country.

PROCESSIONS is supported by the National Lottery through Arts Council England and the Heritage Lottery Fund, and from the Department for Culture Media and Sport. 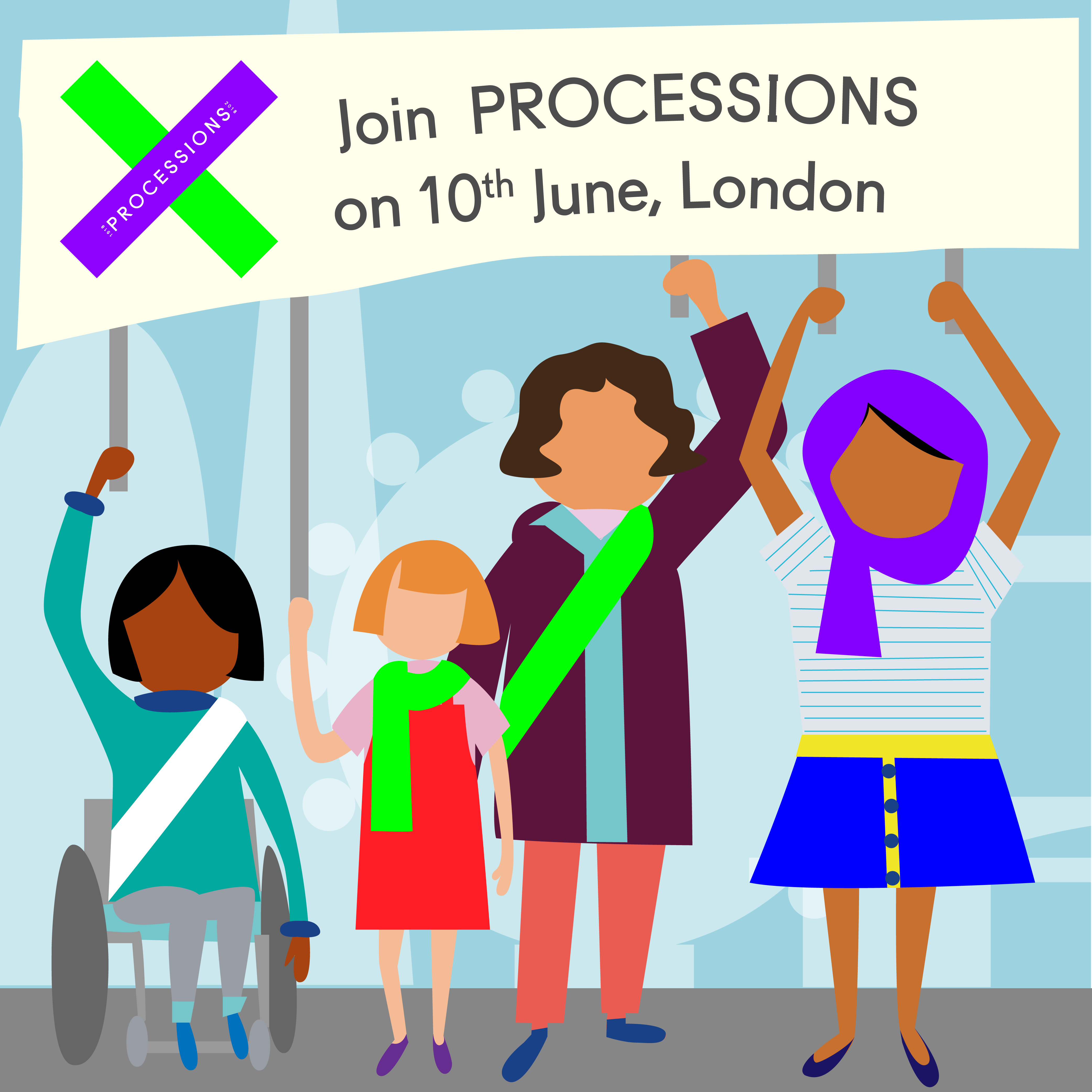 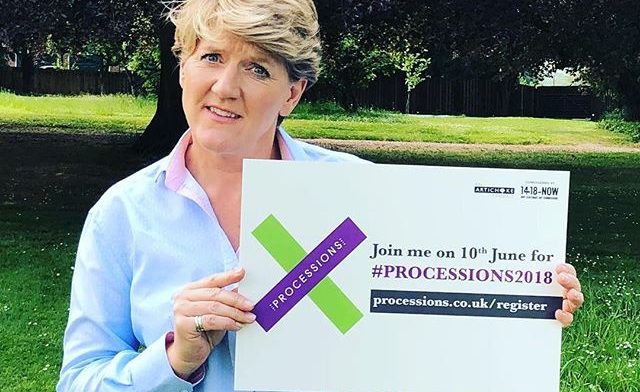 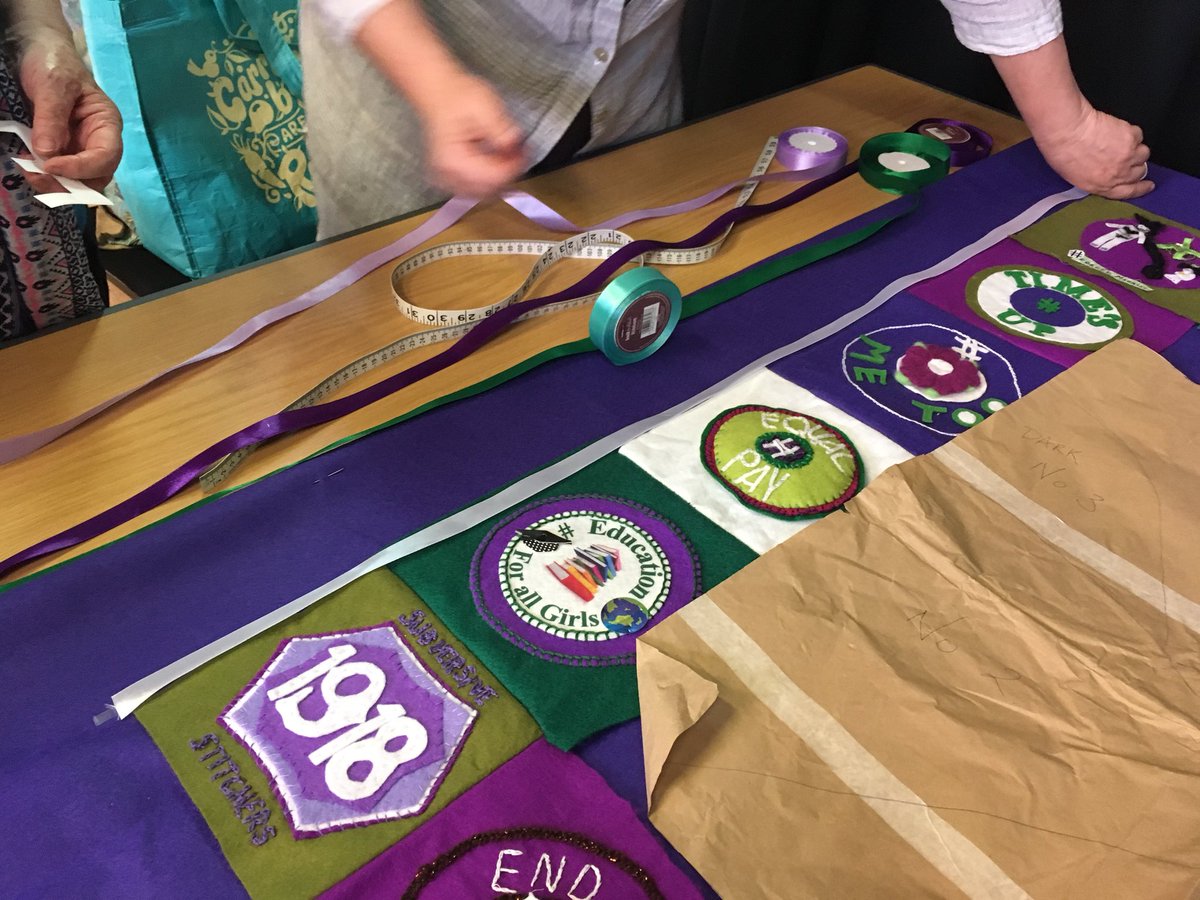 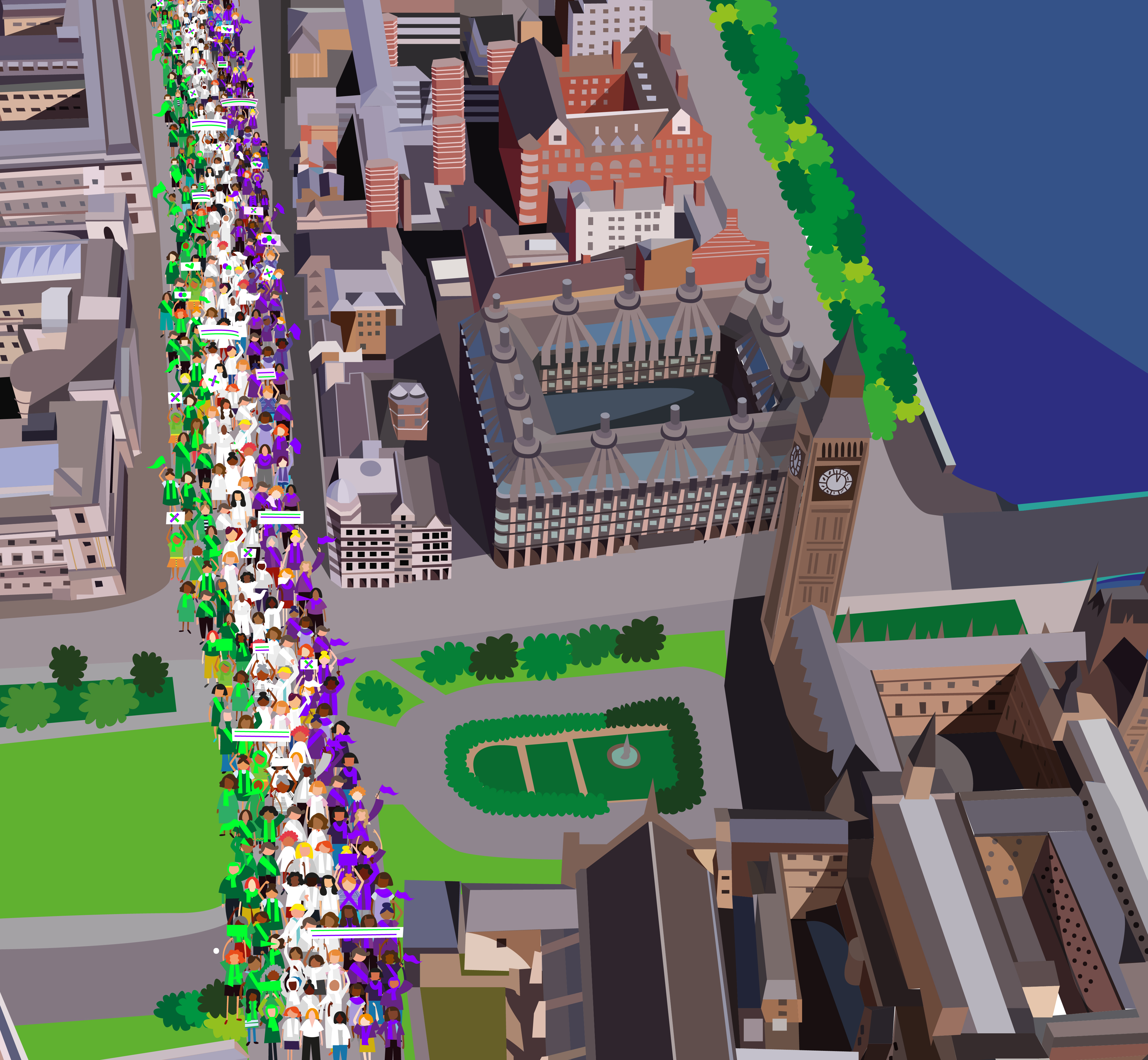