A Ride Along The Hyde Park Cycle Superhighway

The section of the East-West Cycle Superhighway that runs through Hyde Park is now open. We sent a cyclist along to test ride it and found a mix of positives and things to improve on. Here’s what he said,

“The bits that are completed follow the same convention as the segregated section on Embankment which have received much praise and are great to ride on, especially when you see the traffic using the park as a cut through. It’s nice not to have to sit behind a diesel exhaust!

There is a little confusion with the horse track up in the north of the park as the lane narrows, with some I observed thinking it designates a separate lane; minor issue I’m sure but clearer signs would help. Also on signage, currently the roads linking the existing E-W highway and this new bit are non-existent. I’m sure as they build the sections linking, signage will improve, but surely you’d want to direct people to the nice new and safe segregated lanes. It can get quite confusing.”

Finishing works are still being carried out with an expected completion date of December 2016.

Many thanks to Andy Thornley, his bike and his camera. 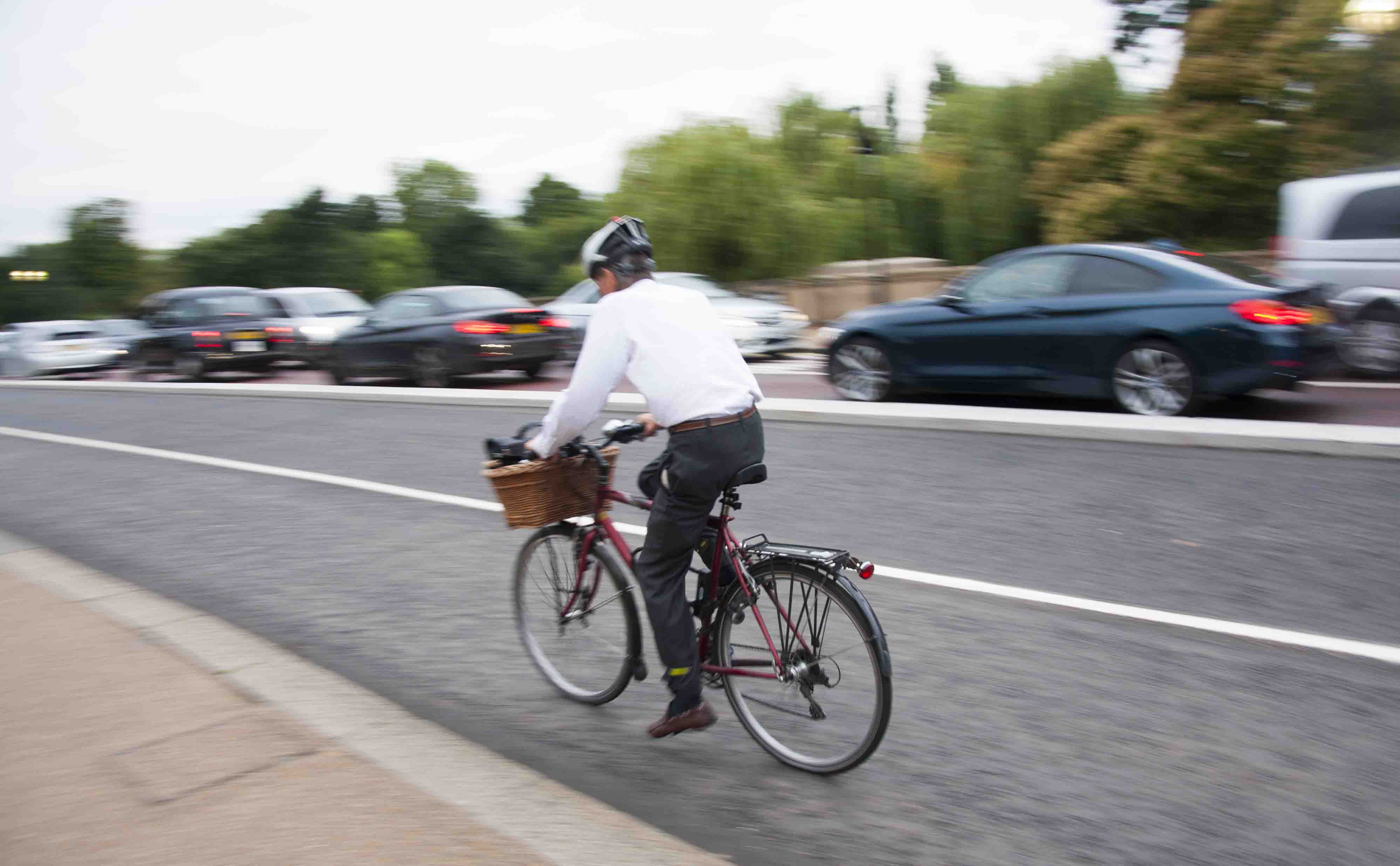 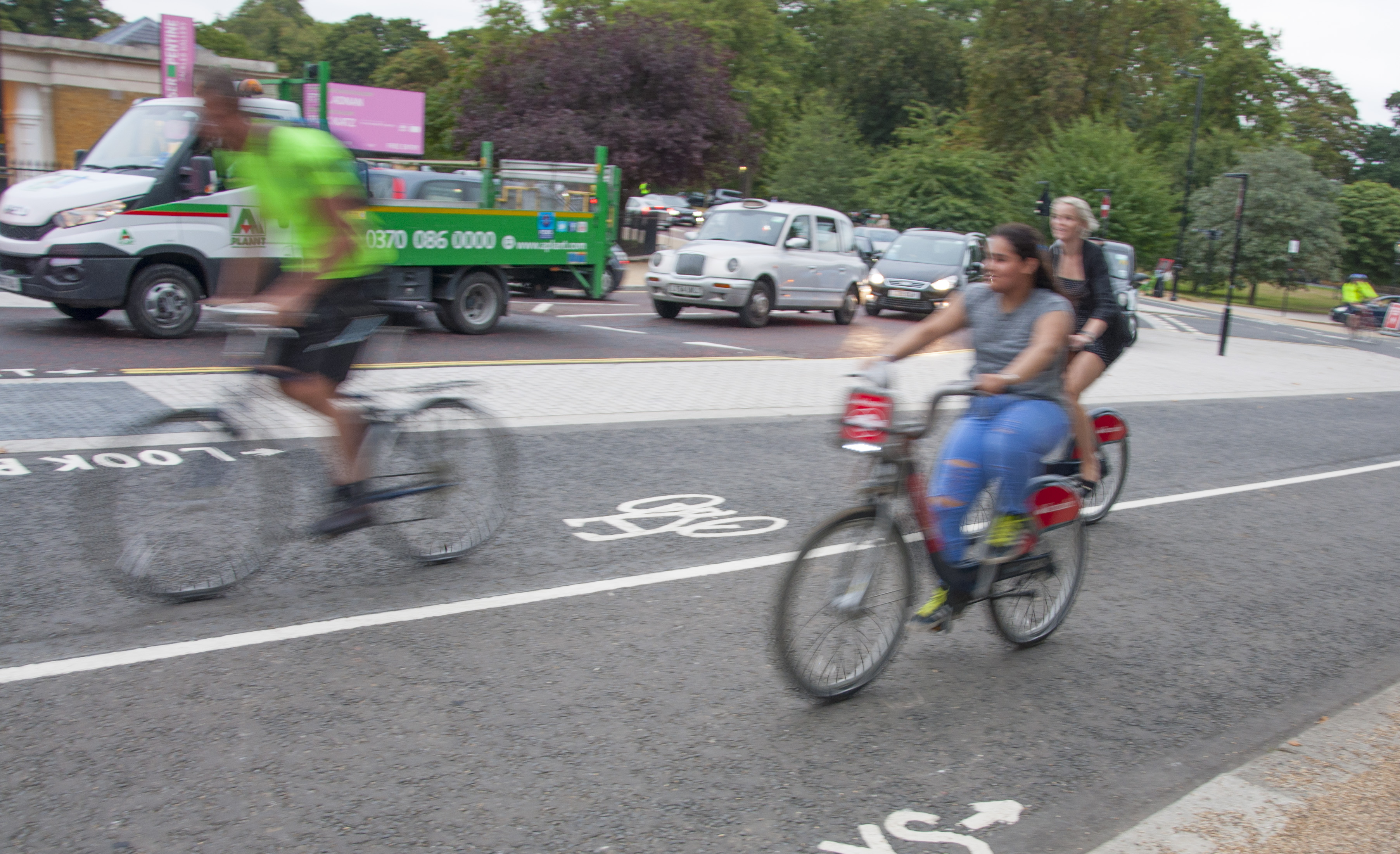 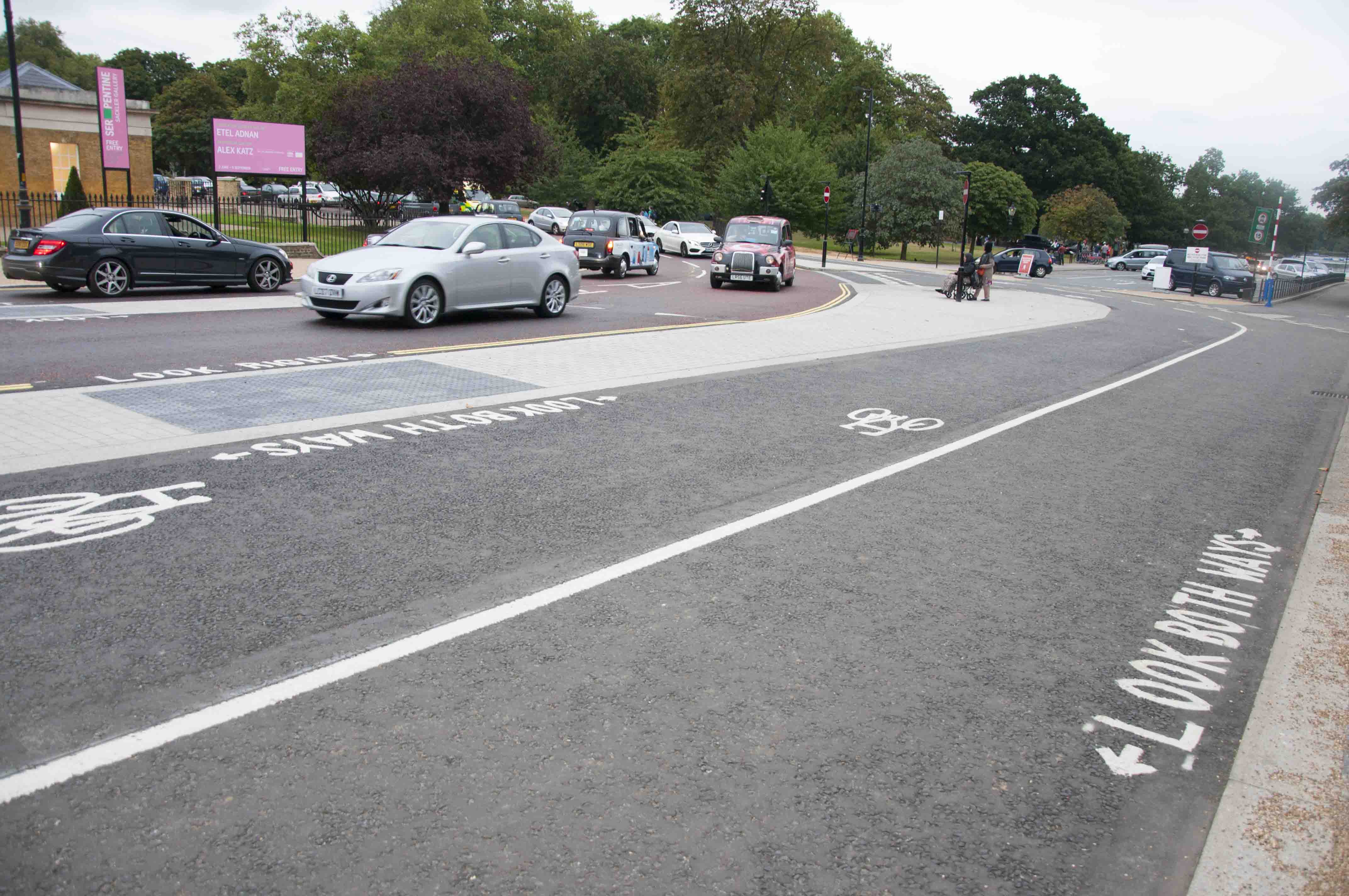 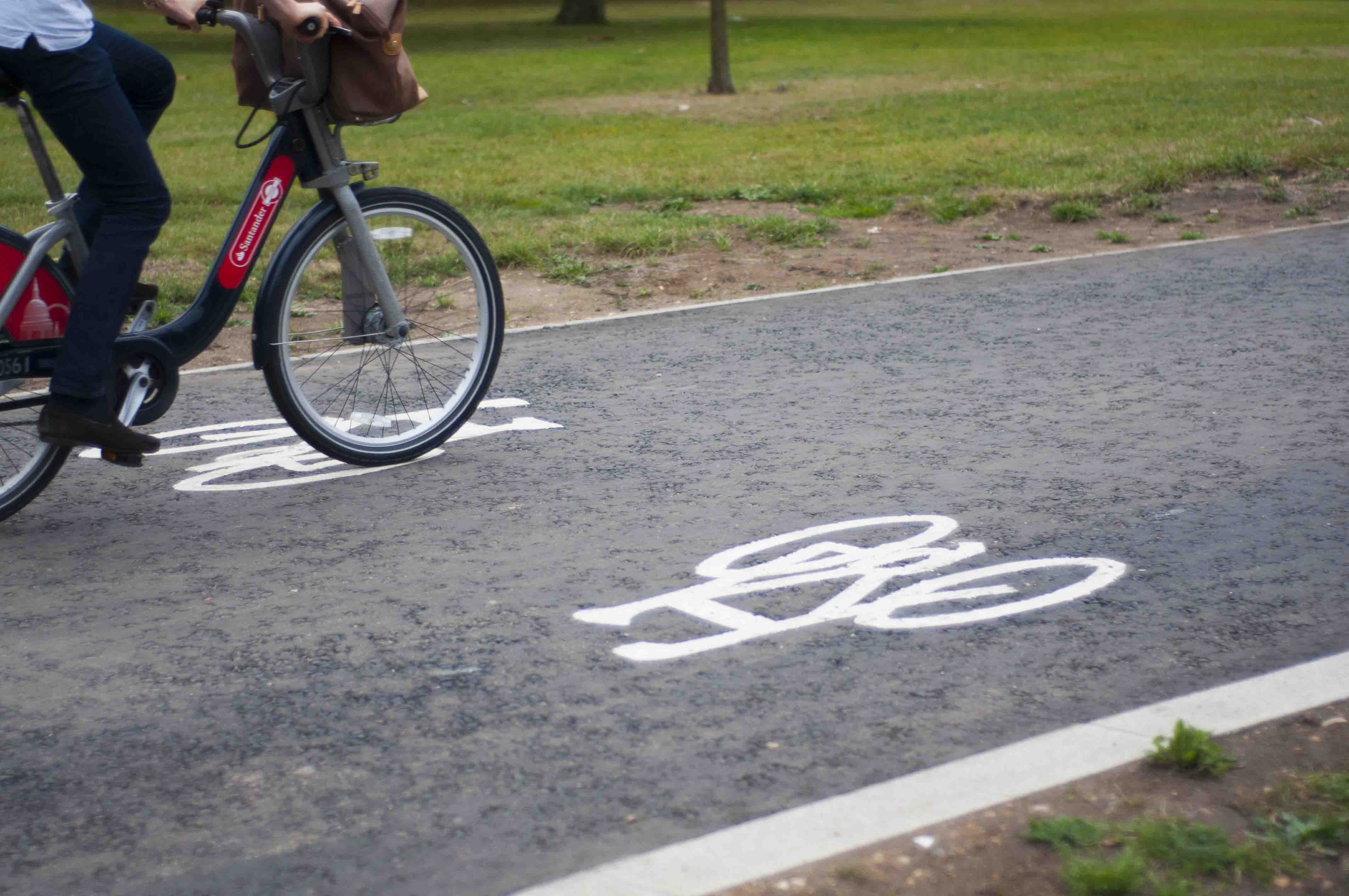 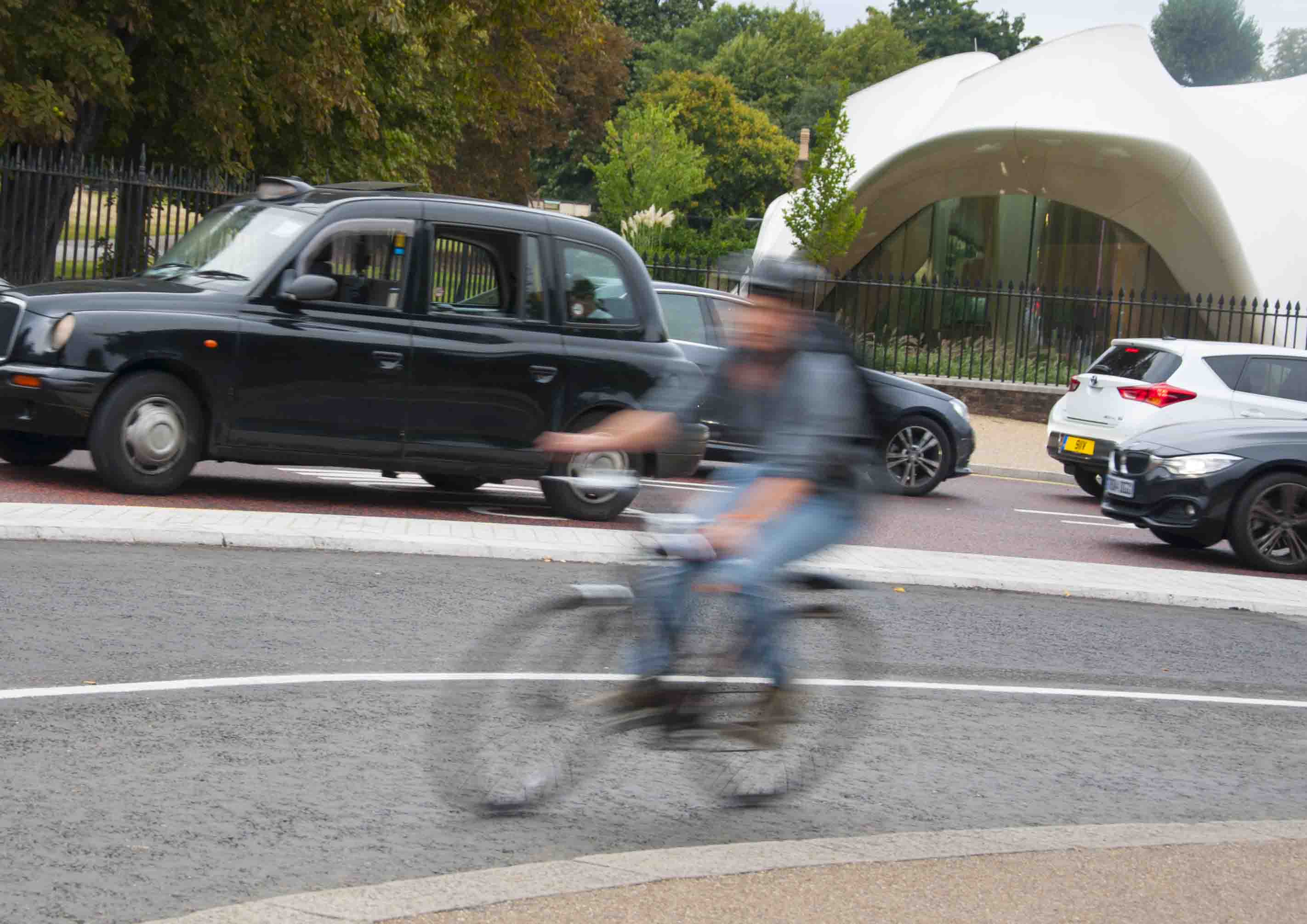