Street Team and Police pair up for Joint Patrols

August 2022: The Street Team is now on duty Monday-Thursday from 8am-10pm and Friday-Saturday from 8am-midnight.

The Marble Arch Street Team recently undertook a series of joint patrols with the Metropolitan Police. Over three separate days in February the team joined forces with police dedicated ward officers from the Hyde Park team, visiting businesses and responding together to requests for police assistance.

Joint patrols are a regular feature in the Street Team’s calendar and are mobilised for a number of different reasons. After a major incident or attempted terror attack the Street Team accompany police officers to undertaker reassurance visits to business premises. In the run up to Eid and during Ramadan we accompany police on courtesy visits to the BID’s many restaurants, shisha bars and cafes.

The February patrols were focused on engagement, and an opportunity for businesses to raise any concerns or questions with the police and the Street Team in relation to current Covid trading restrictions.

During the patrol last week the police responded to a call from a fast food retailer on Edgware Road to remove a customer behaving in an anti-social manner and to reports of car crime on Norfolk Crescent. All rough sleepers were engaged with, and welfare checks carried out in the usual way. Known bedding down locations were checked, including areas prone to tents being used. 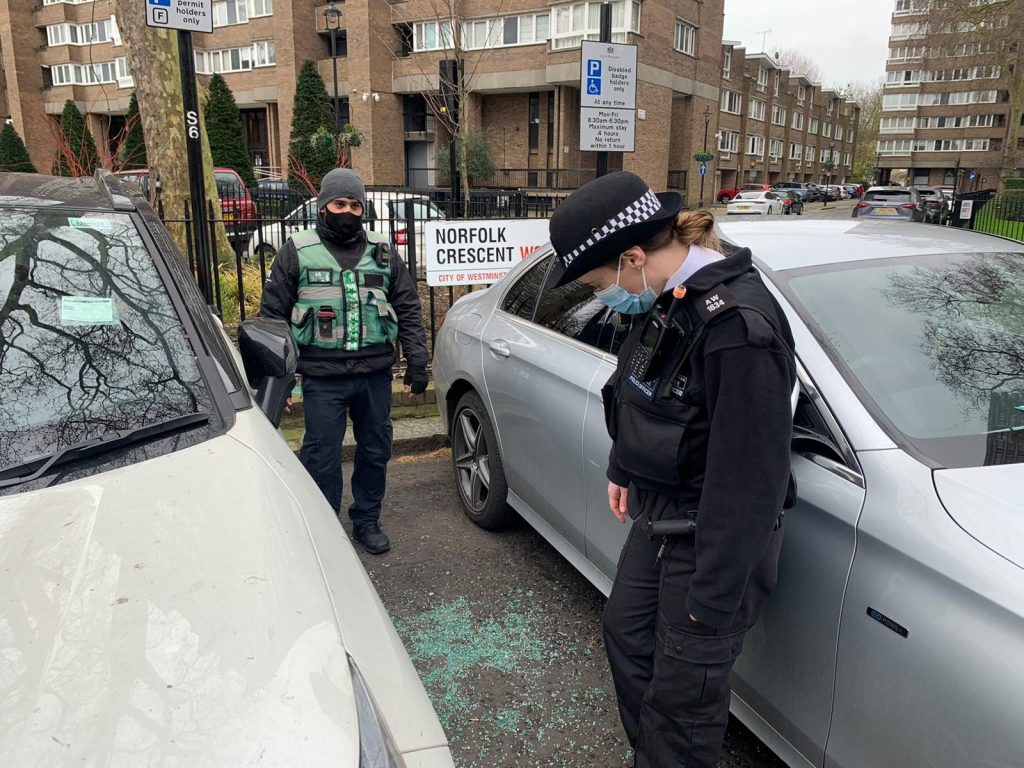 The police and Street Team popped into those shops permitted to be trading, as well as our banks and pharmacies, carrying out courtesy calls up and down Edgware Road, ensuring that businesses know how to contact them and how to raise concerns.

Joint patrols are one of many initiatives Marble Arch London BID undertakes with the police. Our quarterly Business Crime Group often invites police speakers to address businesses on issues of local concern. We also regularly engage with the police in Project Servator activities, where plain clothed police are mobilised ahead of uniformed patrols being deployed into a location.

August 2022: The Street Team is now on duty Monday-Thursday from 8am-10pm and Friday-Saturday from 8am-midnight.  As lockdown eases and…

Every night people bed down to sleep along Edgware Road, taking advantage of the shelter provided by over-hanging roofs and…

Marble Arch BID works closely with the City Council and the Metropolitan Police, who carry out regular joint operations through…