Over the last five years significant changes to the district’s infrastructure have taken place, with transformative developer-led schemes creating new public spaces. The completion of Marble Arch Place and Regent House on Edgware Road provide not only new homes and commercial space but quality retail and public realm. One Marble Arch follows early in the BID’s second term, with flagship offices and retail. The BID has made great strides towards improving the setting for business and tourism, ensuring that all sectors can flourish in a welcoming environment.

Pedestrian movement and safety were among the highest priorities when we first asked businesses to vote on proposals to establish the BID in 2015. Since then, through our strategic relationships with TfL and Westminster City Council we have brought about junction and crossing improvements in seven separate locations:

The Covid-19 pandemic delayed the completion of two more crossing installations, at the junctions of Upper Berkeley Street/Connaught Street and Praed Street/Chapel Street. These two final junctions are set to be completed before the end of the BID’s first term.

The BID’s role at each of these nine locations has been one of advocate and lobbyist, providing the evidence base for green man crossings through our extensive network of district-wide footfall counters and socialising proposed schemes through exhibitions and consultation events. The goal of maximising buy-in from businesses for these schemes was achieved, with every single crossing and junction project receiving a resounding majority in support.

"The BID’s work in bringing forward safer junctions and crossings has been overwhelmingly welcomed by all colleagues at York House and Marble Arch House."

In 2019 we successfully bid for £250,000 through the Hyde Park Paddington Neighbourhood Forum for Neighbourhood Community Infrastructure Levy (CIL) to bring forward small scale improvements at two gateway locations – Burwood Place and the corner of Sussex Gardens. Design work was completed in 2020 and we expect both schemes to be completed n 2021.

Improving the environment at transport gateways is vital to ensuring a pleasant and safe welcome for all who arrive in the district. At Edgware Road (Circle, District and Hammersmith & City Line) station the BID worked with London Underground to deliver a facelift for the station which included improved signage between the two stations, a new roundel, painting, re-tiling and replacement entrance signage and frames. The BID’s contribution funded a large Legible London map in the ticket hall, the first of its kind and size to be implemented by TfL for its stations.

At Marble Arch station a new installation in the subway was completed in November 2019, sharing the little-known history of Marble Arch with the 14 million visitors who pass through the station each year. The pedestrian tunnel that leads from the ticket hall to the monument now showcases over 43 panels featuring history, photographs, maps and illustrations of the district.

Similar schemes are under development for Nutford Place/Forset Street, and at Old Quebec Street. A TfL-led scheme at the junction of Edgware Road and Sussex Gardens will see pavement build-out and an enhancement of the BID’s own scheme here.

One of the biggest opportunities in our second term is the delivery of two major public realm schemes; at Oxford Street and Marble Arch. Westminster City Council has ambitious plans for Oxford Street including creating world class gateways and strengthening the status of the entire district. Marble Arch London BID will play a key role in ensuring that pedestrian improvements are prioritised at Oxford Street west.

At Marble Arch a transformative scheme led by The Portman Estate will create a high-quality, safe civic space. The scheme aims to improve road safety, alongside better walking and cycling connections, creating an accessible and healthier environment with improved air quality. The proposals were launched in December 2019 and a funding package is being assembled with both public and private sector contributors.

"At Marble Arch a transformative scheme will create a high-quality, safe civic space, aiming to provide economic uplift for the district."

The Joe Strummer subway network below the Marylebone Flyover closed in 2018. Since then a scheme has been in development with TfL, Westminster City Council and Thames Water to create rain gardens and additional public space. We hope to see this scheme completed in the early stages of the BID’s second term, in conjunction with Berkeley Homes.

Keeping the Environment Safe and Clean

During the Covid-19 pandemic the BID led the way improving the external environment, providing queue markers for 70 businesses in over 100 locations, and helped with queue management as businesses and customers got used to the ‘new normal’. As part of the BID’s post Covid-19 Recovery Plan, we carried out hot washing up and down Edgware Road and side streets, reassuring visitors that the district was a safe location to which they could confidently return.

The BID will continue to provide additional cleansing services, responding to business needs and focusing resources where impact will be highest.

"The BID has proved its worth over the first five years, making a visible difference to the environment."

The BID has built up a wealth of data over the past five years, through footfall information, street team reporting and inter-agency operations. Our Insights Study, set to be completed in early 2021, has enabled us to define catchment areas and demographics for each of the main sectors and identify zones in which further action is required either in planning policy terms or public realm interventions.

Likewise we know which parts of the district are more susceptible to rough sleeping, organised begging, encampments, fly-tipping and anti-social behaviour and we will tackle these hot spots with businesses and landlords to take concerted action, designing out issues where practical.

"Over the past five years the BID has become our go-to body for all issues in the local area, problem solving for us and businesses across the area."

We will match efforts by Westminster City Council to reduce freight on local roads by stepping up support for local businesses seeking to consolidate freight and waste activities. Through its regional and national networks, the BID is well placed to identify funding for pilot projects and best practice.

The movement towards active travel was accelerated following the Covid-19 pandemic as local employees looked to walking and cycling more. The BID supported this by increasing both on-street and secure cycle parking. This momentum will be maintained, and employers supported to offer greater choice to employees to explore active travel in their journeys to and from work in the district. 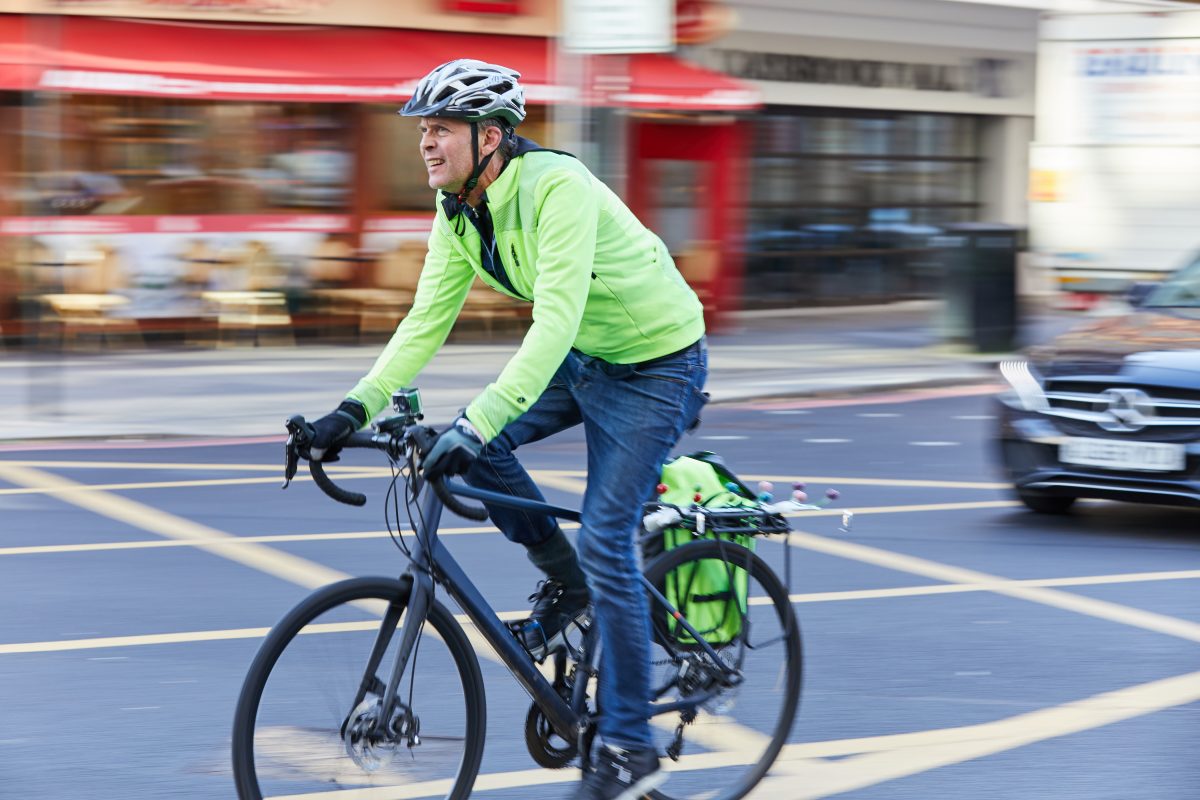